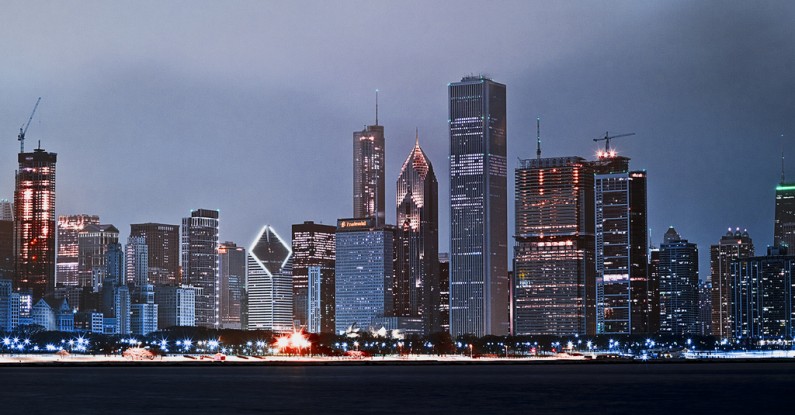 How PowerPoint killed my presentation

“How many more slides are there, Andrew?”

When I think back to that question, I shudder.

I was on Slide 46 when the question came, and I still had 20 remaining.

It was full of flashing animations and cool graphics. It even had sound-effects.

8 years on, I realise that PowerPoint killed my presentation, and it could be killing yours too.

You have a choice: make it simple, or ditch it. 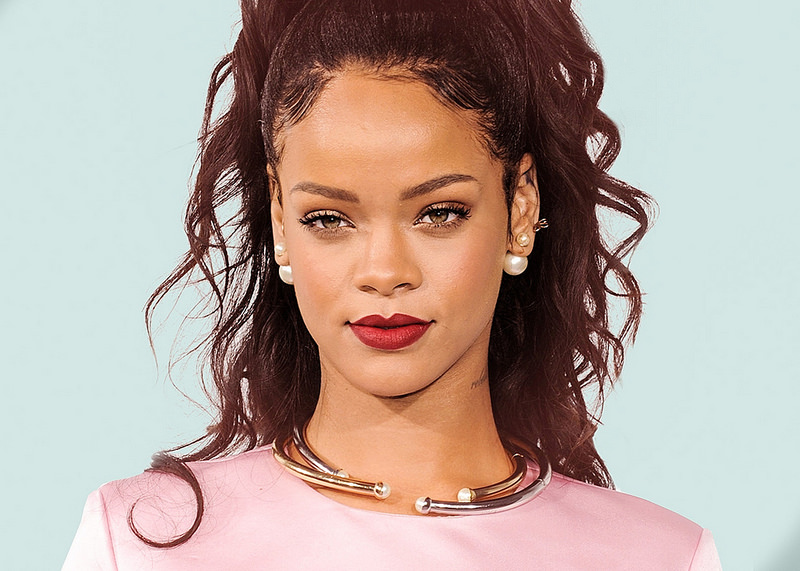 Microsoft PowerPoint was born in 1987 as a presentation tool for Macs, by a PhD student at Berkeley, California.

To put that in context, Terry Waite had just been kidnapped in Lebanon. Margaret Thatcher was enjoying her re-election party and popstars Rihanna, Adele, Jessie J were but twinkles in their fathers’ eyes.

The man responsible for bringing PowerPoint to the UK told us several years ago, during a media interview, that the platform was only ever intended to display data rather than text.

It’s an outdated piece of technology.

And I believe it’s time for a new approach. 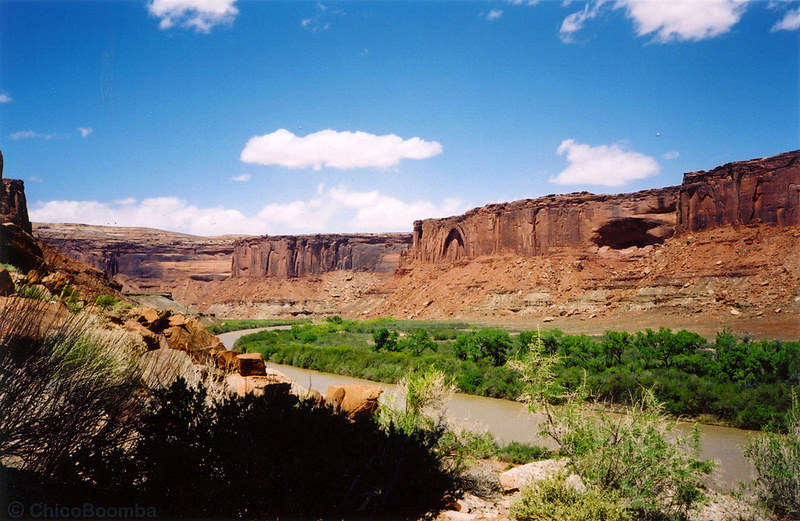 Let’s think about your audience first of all.

When was the last time you watched a PowerPoint presentation and felt engaged throughout?

It was my 17th birthday, and I’d really rather have been anywhere else than in school.

I wandered along to our school’s Fotheringay Centre to hear a talk from a man called Aron Ralston.

Over the course of the next hour, he told us how he became stranded in the Utah desert and was forced to amputate his own arm with a Swiss army knife, after being pinned down by a 360-kg boulder.

He only used the one slide: an aerial view of the Blue John Canyon desert in Utah.

And as he walked us along his ill-fated path, every one of us was hooked.

I can think of plenty of alternative experiences of PowerPoint.

An accountancy firm we worked with recently, which planned to discuss “staff engagement” with its 140 employees, through a PowerPoint presentation, without questions and answers.

A time when somebody sitting in front of me at St Andrews University had to leave the room with a migraine, which they later blamed on having to screw up their eyes to read the text.

And my own experience of epic fail.

What they all have in common in something very simple: failing to take the audience into account.

So let’s start afresh – give the audience what they want.

Look in their eyes and tell them a story. 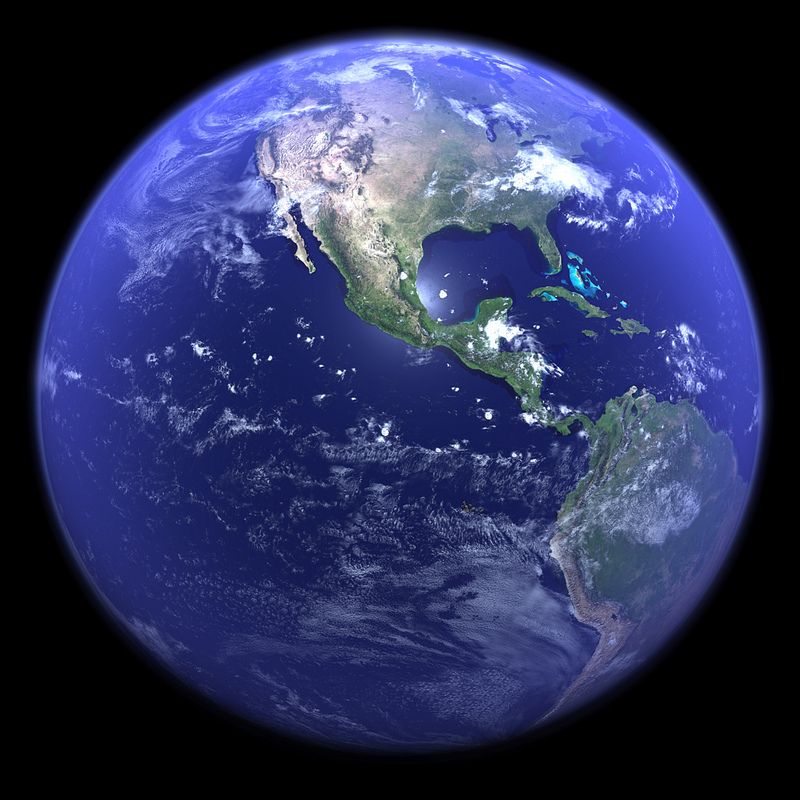 The issue is really with the misuse of what can be a great aide.

Specifically, that PowerPoint is often used as the starting-point for a presentation.

You’re asked to present, so you open up a new set of blank slides and ask yourself:

In short, you’re re-organising old information, and using a 29-year old piece of technology to do it.

What follows is a painstaking process of developing an overcomplicated sequence of slides that’s completely out of sync with the audience.

You’re hampering your own creativity.

So let’s think of it differently.

Ask yourself these questions instead: 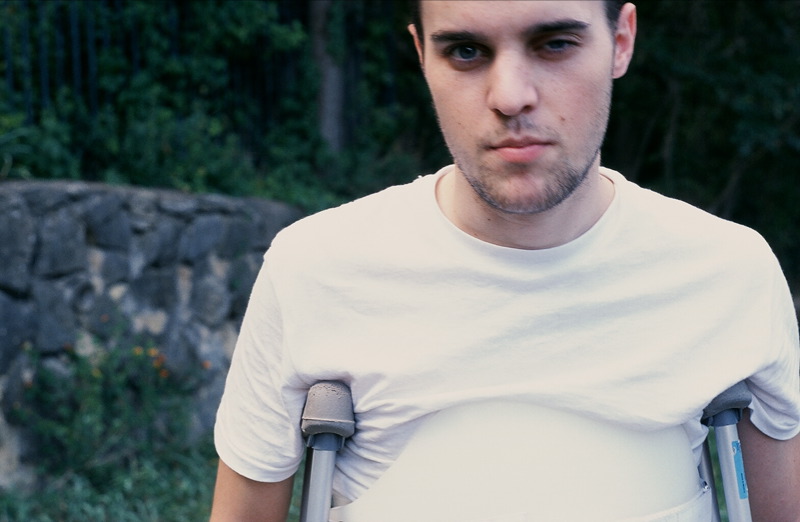 One of the reasons we’re reluctant to give up PowerPoint is that is acts as a crutch for us to lean on during our presentation.

We believe that without a visual reference point, we’ll stumble over our presentation, losing our place completely and getting flustered.

The reality is that if your PowerPoint presentation is anything less than perfect, your audience will resent you for subjecting them to it.

Why? Because I can read your bullet points more quickly than you can say them.

Because I saw the same graphics last week.

Because I’ve given up my time to hear from you and you’ve used my time to regurgitate old information.

As an audience member, I frankly don’t care if you stumble or lose your place.

I want to know what’s in it for me.

In its quickest, simplest form.

We’ve written extensively here about how you can organize your notes in a way that gives you confidence, but that keeps your notes internal. 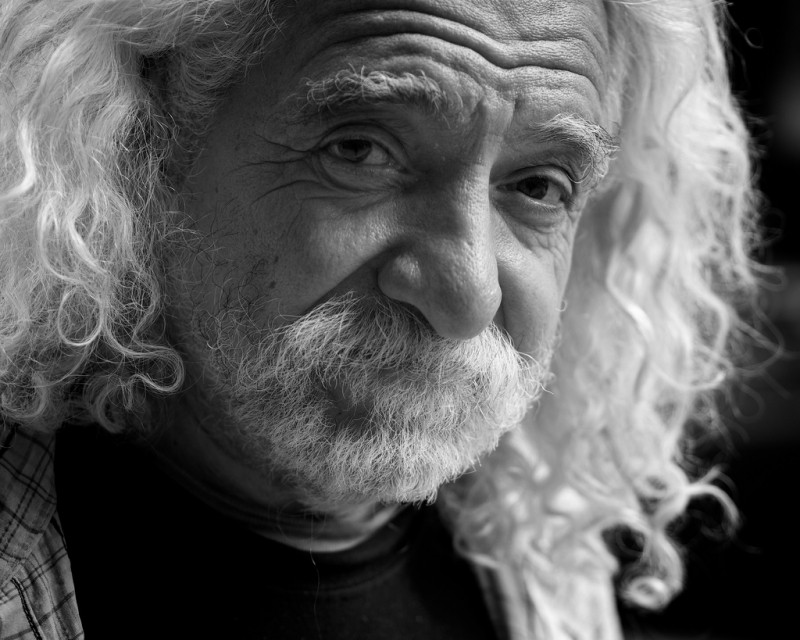 Your subject matter is simply too complex to deal only in images and videos.

It’s impossible to explain quantum physics or sustainable development or a new piece of IoS software without text and data.

“If you can’t explain it simply, you don’t understand it well enough”

Instead of spending time on formatting slides and introducing clever graphics, spend it really thinking about your message.

We’ve written more about how to do that here.

The paradox is that the more complicated something is, the simpler your explanation must be.

You want your audience to be able to remember your message – and export it to others outside of the room.

Will they be able to remember and communicate a graphic on Slide 33?

No, but they will remember a story, an analogy or an example that resonates closely with them. 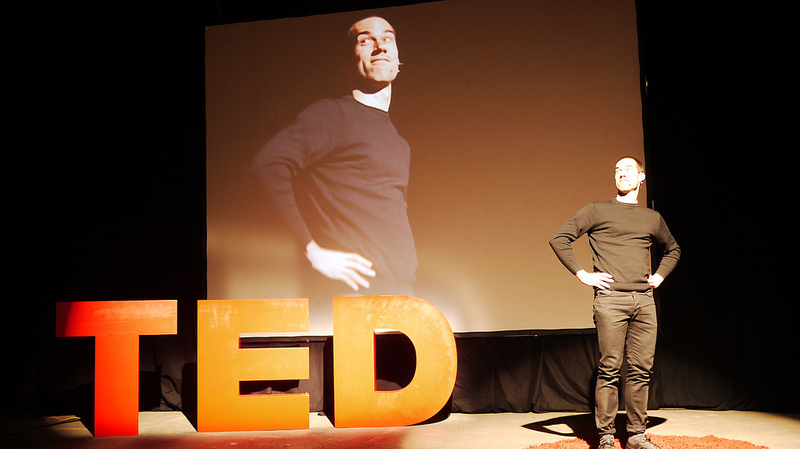 A great presentation has a number of clear components.

It’s free of jargon, using examples and stories to build its foundations.

It starts with the point and finishes with a Call to Action.

It answers questions directly, rather than evading them.

And then, of course, there is the all-important delivery.

In other words, the words you convey, verbally or via PowerPoint, account for only 7%.

It’s worth noting that Mehrabian believes this relates only to conversations about feelings and emotions.

Our belief is that emotion is exactly what a presentation should be tapping into. 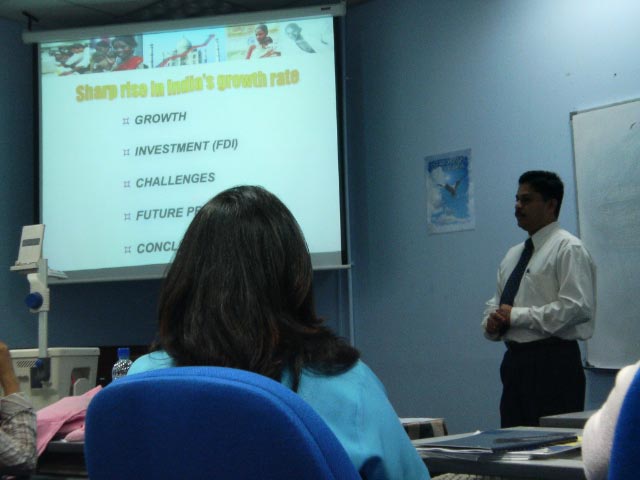 Consider the PowerPoint presentation above.

What chance does the presenter have of conveying excellent body language when he’s spending his presentation turning from the audience to the screen?

What chance of speaking with enthusiasm when he’s attempting to read from the screen?

What chance of keeping the pace slow when the audience is able to read three times as quickly as he can speak?

As well as killing creativity, your PowerPoint is now poisoning your delivery too.

Organise your notes effectively and the delivery will take care of itself.

If you want to learn more about excellent content, structure and delivery, come along to our open session on 13th December at Lochinch House.