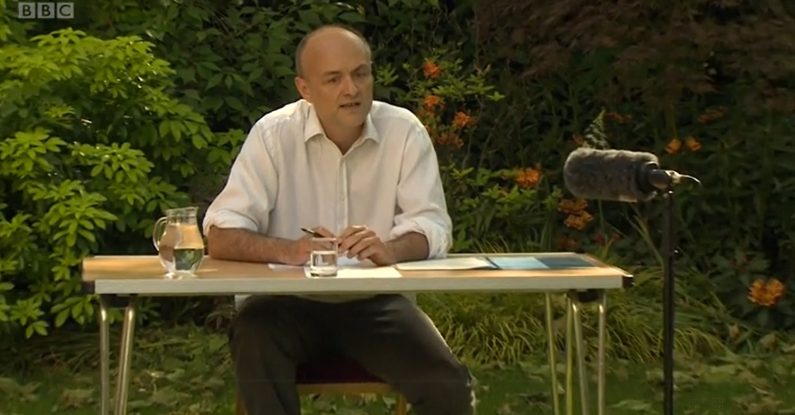 An analysis of Dominic Cummings’ communication

It’s one of the biggest stories of the year.

So much so, it’s relegated the ongoing global pandemic to further down the news running order.

Dominic Cummings’ journey to Durham and back has been in the media for days.

It looks certain to roll on.

But the senior advisor to the Prime Minister attempted to bring the saga to a close on Monday.

After a 15-minute statement, he took questions for the next 45.

While the political fallout will continue, let’s dive into Dominic Cummings’ communication.

The words he used.

The answers he gave.

And three main points to take away from the entire broadcast.

1) A failure to say sorry 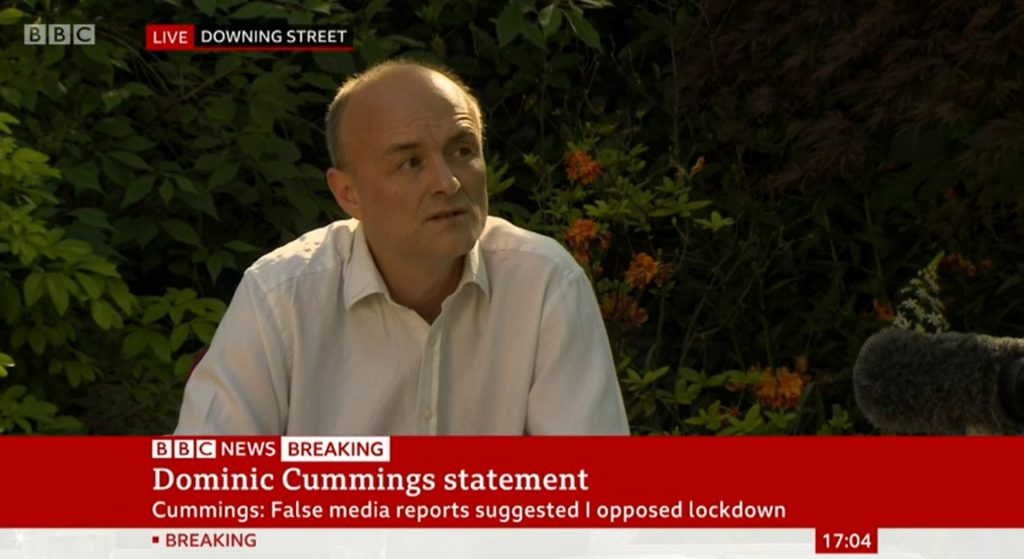 The senior advisor apologised as he arrived.

However, it was the only apology we got.

Sitting down in his chair at 4:32pm, he began with:

What followed over the next hour was an explanation complete with unnecessary negatives.

The BBC’s Laura Kuenssberg attempted to get an apology at the beginning:

“Do you regret what you did? Because many people in this country have made heart-breaking sacrificies over the last couple of months…”

“As I said, I think reasonable people may disagree about how I thought about what to do in these circumstances. But I think that what I did was actually reasonable.”

Our rule for apologising is simple.

Mr Cummings may fully believe what he did was reasonable.

But undoubtedly, people across the country are angry.

And he’s got to acknowledge that, at least.

By saying he’s sorry that people are upset.

“Any regret, any apology to people who didn’t have the ability to make the decisions you did? The resources you had?”

“Um… As I’ve said, I’ve thought a lot about what I did over this period. Um, what things I could have done better in dealing with the whole crisis.

But I think that I behaved reasonably.”

As well as failing to apologise at all, he’s also failed to directly answer the question.

And his use of “as I’ve said” comes across as passive aggressive.

As if the journalist was hard of hearing. 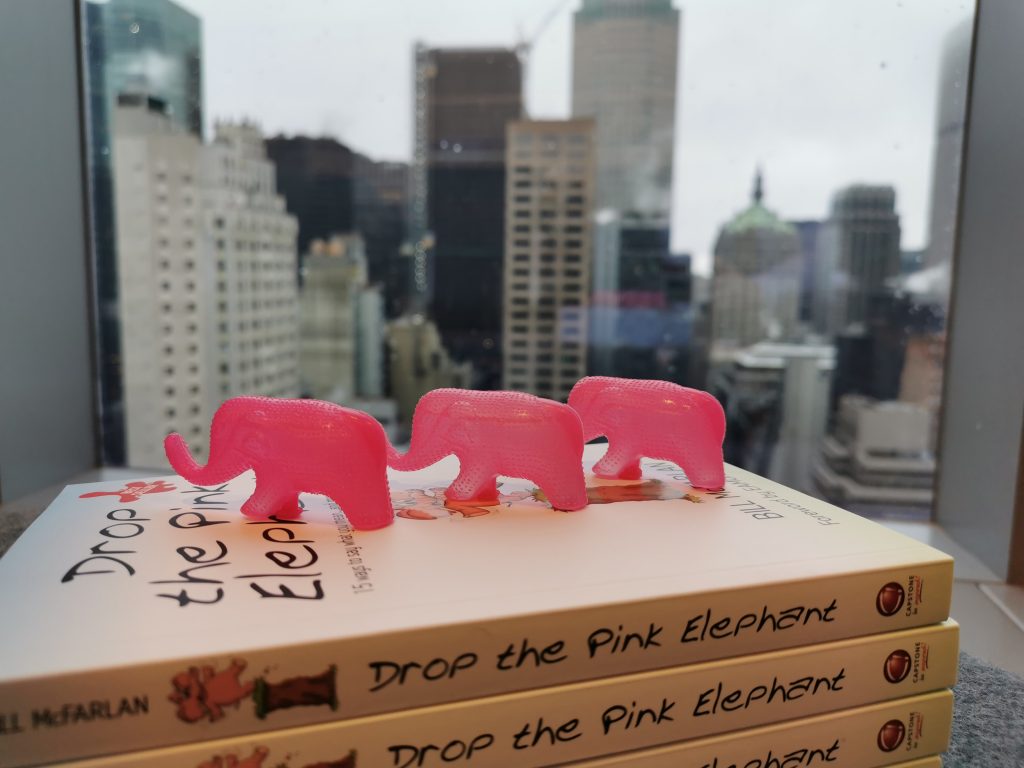 For the uninitiated: what is our definition of a bait pink elephant?

Allow me to explain.

It’s when someone asks a question with an eye-catching, venomous phrase inside it.

If you repeat that phrase in your answer, you’ve taken the bait.

And it becomes a potential headline.

Step forward the excellent Beth Rigby of Sky News to put this to the test:

“Thousands of people watching this have put up with all kinds of restrictions and hardships regardless of their medical or family requirements. Why are you so different?

“What those people see here is that there’s one rule for you – one of the most powerful people in this country – and there’s another rule for them.

“Don’t you think at the very least you owe them an apology?”

And Mr Cummings took the bait:

And there’s your headline.

He came out with several during the press conference.

Another highly visual one was while replying to the Telegraph’s Deputy Political Editor Anna Mikhailova.

“Were the public stupid to follow these rules to the letter rather than looking for loopholes like you did?”

“No, of course the public were not stupid… and I wasn’t looking for loopholes.

“I was looking to do the best that I could in a complex situation, weighing up the safety of my child with getting back to work.”

And started his answer with only the word ‘No’ instead.

It would’ve been a good answer from a communications standpoint.

And he’d have avoided a whopping bait pink elephant.

Instead, as a (not stupid) audience, we’re left with the wrong image entirely.

If you want to learn more about headline-grabbing pink elephants, read this. 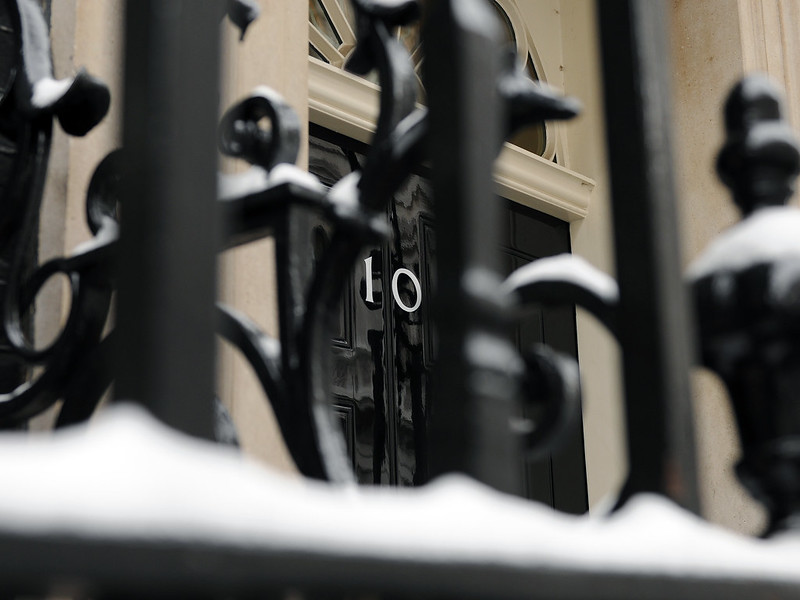 We see this happen in press conferences all the time.

And as an audience, we see right through it.

It’s as if the journalist has asked A.

And the interviewee answers B.

“You didn’t think that you ought to check with the Prime Minister – knowing how that might be look when we were at the height of lockdown? How could you not even check with your boss?”

And the response was:

“That’s a very reasonable question. And a lot of people would say I ought to have asked the Prime Minister about it but all I can say is what I said earlier on, which is what my state of mind was at the time.”

To us as an audience, the opening 6 or 7 seconds are pure stalling.

Mr. Cummings is looking for his answer to a difficult question.

What he needs to do instead of praising the question is pause.

Which, in a high-pressure situation, is difficult.

But pausing gives you time to think.

And avoids the waffling non-answer.

We heard another great example from Gary Gibbon of Channel 4 News:

“You’ve stood up the central story in these allegations that you drove a very long way from home when everyone was told to be at home.

“If there was more leeway in these instructions than we thought, why didn’t you tell everyone about that?”

Sensing the hesitation, the reporter asked a quick follow-up:

“Who else has driven that distance?”

This gave the senior advisor a chance to hit out with a classic response:

“I’m trying to answer the question.”

Feigning outrage at a journalist interruption is an often-used technique to buy time.

But as an audience, we see it as just that.

Dominic Cummings’ communication: what did he get right? 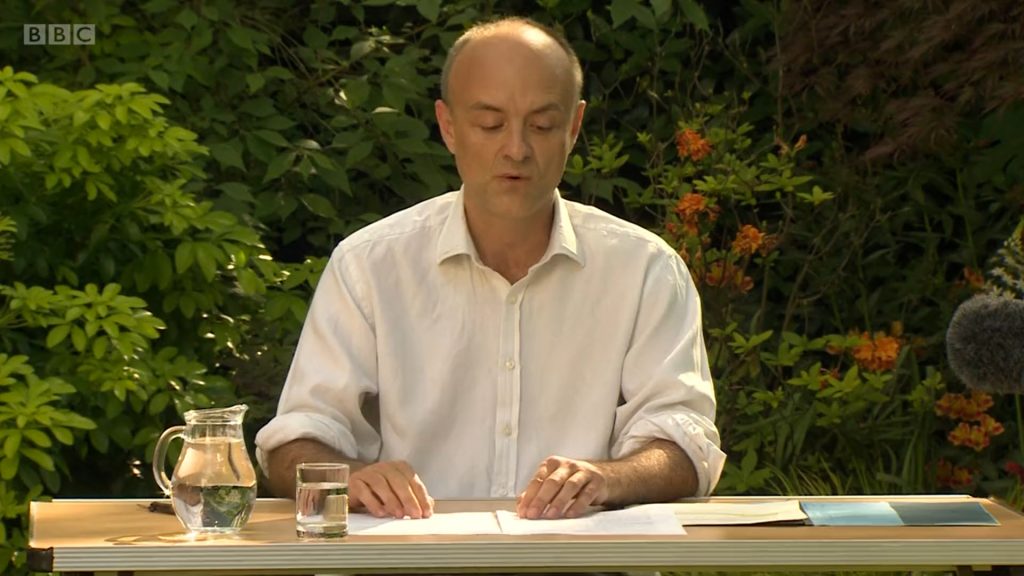 It’s highly unusual for a senior advisor to be giving a statement and dealing directly with the press.

However, taking this step in Dominic Cummings’ communication has to be recognised.

It’s advice we give to clients facing an unfolding crisis like this.

Get in front of the media, stand up to scrutiny and answer questions head-on.

There were a few that Mr Cummings did deal with directly.

“In retrospect do you wish you’d checked with Boris Johnson first [before you left London]?

“I don’t know – is the honest truth about that particular thing. Maybe I should’ve done.”

And although there were so many pink elephants I lost count, he did begin many answers with ‘No’.

Another of our direct answers to direct questions.

There’s a lot that can be improved with his body language.

His eye contact was wayward, and his speech at times was fast.

He touched his face while listening to the questions.

However, the extraordinary circumstances of this situation need to be remembered.

He sat there for an hour answering questions in a high-pressure scenario.

That’s daunting for anybody.

And it may well have been his first formal interaction with the press at the highest possible level.

At Pink Elephant Communications, we’re here to help put people at ease with the media.

Trainers like myself and Bill McFarlan know all about asking tough questions of powerful people.

And we can help prepare you for any interview scenario.

Get in touch to find out how.

An analysis of Dominic Cummings’ communication