The ghost of Michael Howard

“Prime Minister, did you know?”

Theresa May’s refusal to answer a direct question asked of her by BBC’s Andrew Marr four times has put her at the centre of a raging storm.

The ‘malfunctioning’ of a Trident missile during a routine test off the Florida coast was clearly a serious issue.

Just as serious is the government’s unwillingness to answer questions relating to whether they covered the news up.

This information potentially being kept secret prior to a pending Commons vote on Trident’s renewal.

In particular, our Prime Minister’s repeated refusal to answer questions put to her by journalists on behalf of the electorate.

All made more damaging by revelations that she was briefed, and decided not to pass that information on.

Information that could ultimately have led to a fundamental shift in the UK’s nuclear policy.

At worst, Defence Secretary Sir Michael Fallon can be accused of leading a cover-up.

At best, it’s a demonstration of a Conservative government seemingly unable to control the flow of sensitive information.

Here’s what Theresa May needs to do now.

How Theresa handled the media 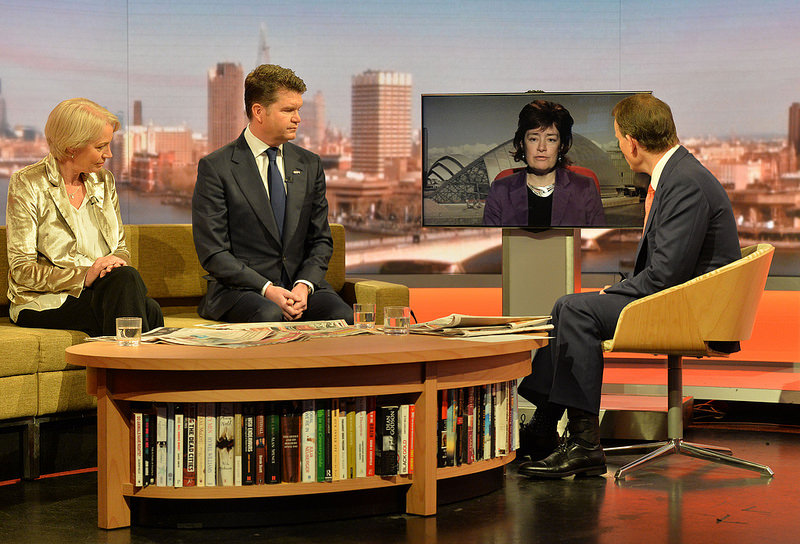 Andrew Marr is a great proponent of the direct question.

Yes or no, black or white.

If you’re sitting opposite him, you’d better have your answers ready.

Here’s what she said:

“I have absolute faith in our Trident programme…”

“I think we should defend our country…”

“The issue we were talking about was a very serious issue…”

A frustrated Marr this time went for the jugular.

Marr: “Prime Minister, did you know?”

May: “There are tests that take place all the time…”

The importance of being honest in media interviews 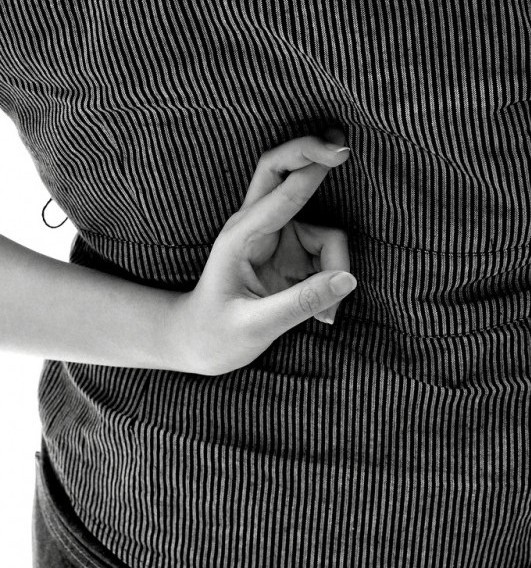 Four separate people sent me a link to the media interview in its immediate aftermath.

One university friend, two colleagues and a family member.

That the audience is far more sophisticated than they’re being given credit for.

They want the truth.

Theresa May certainly had her lines ready.

She came to the BBC studio on Friday 20th January to talk about the government’s faith in the Trident programme, and Jeremy Corbyn’s opposition to it.

But here’s the problem.

That wasn’t the question.

And in failing to answer the question, the audience saw right through it. 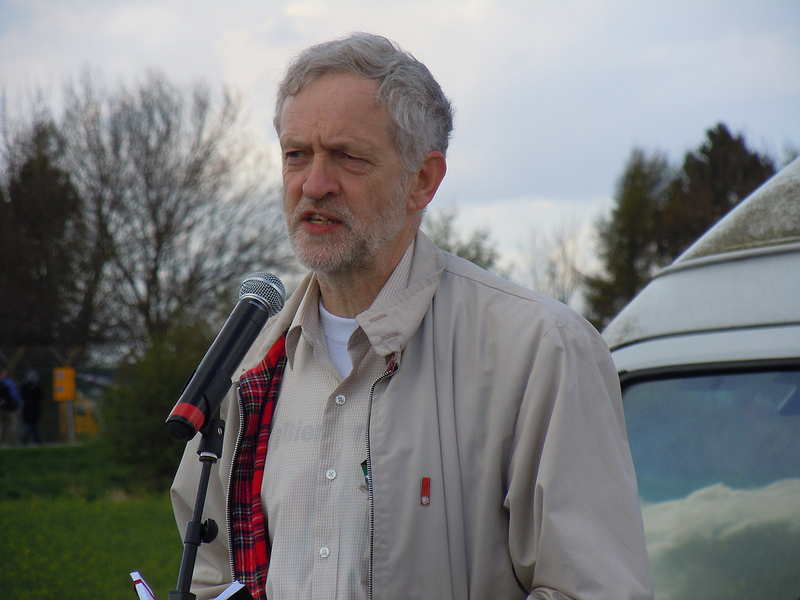 Theresa May employed several tactics to avoid answering the question.

First of all, she attempted simply to talk through Marr’s questions.

Effective to an extent, but we all see what you’re doing.

She attempted to deflect the issue straight onto the leader of the opposition, Jeremy Corbyn.

Ineffective, as we’re still wondering about the answer to that question. 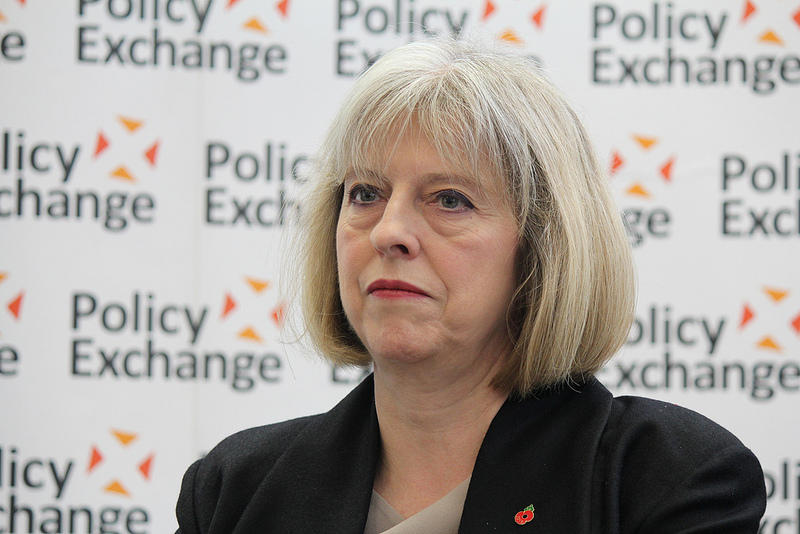 The Prime Minister attempted to move on to points of principle, on which we can all agree, such as the need to defend our country.

Now we’re nudging our partner or calling our friends through to the living room, saying:

“Come and watch this, it’s awful!”

What should have been a dull and defensible story about an operational malfunction now concerns the very integrity of the Prime Minister herself.

Theresa May’s subsequent attempt to hide under the supposed need for secrecy about the programme could prove even more damaging.

From the outside, it looks cowardly.

And now we know the truth, she needs to act quickly.

Theresa May needs to make a statement to the Commons now.

She needs to apologise for not passing the information on.

Next, she needs to justify that position to her peers.

Finally, she needs to make a compelling case to the House that the UK is safest under a Trident nuclear programme.

Anything short of that and it’s another fudge.

The Ghost of Michael Howard 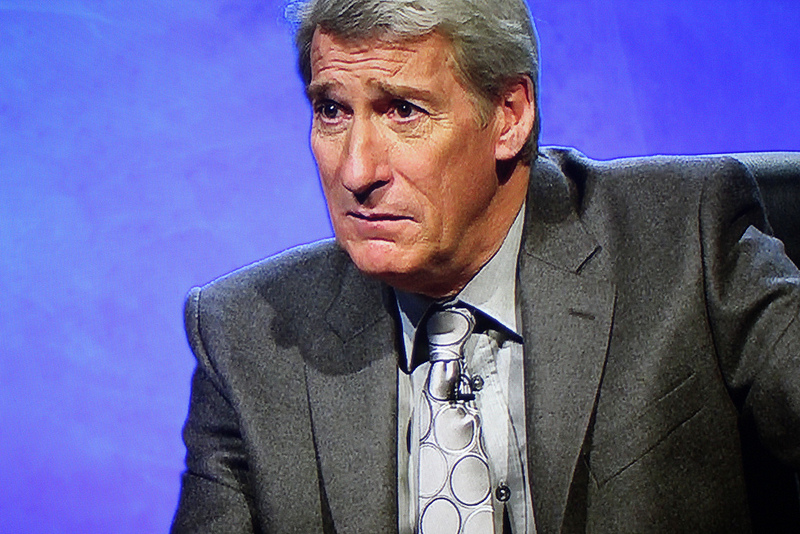 Unfortunately, Theresa has form when it comes to failing to answer questions.

In her in-depth interview with Andrew Marr in September 2016 she was asked:

“Will Nicola Sturgeon be influential in these [Brexit] talks?”

“I want the Scottish Government, as well as other devolved administrations, to be engaged with us”

Next, she was asked:

“Well what I want to do in looking at schools is to build on the six good years of David Cameron’s premiership”.

The ghost of Michael Howard is beginning to follow her around Whitehall.

Howard’s refusal to answer Jeremy Paxman’s question 12 times on Newsnight in 1997 led to public outrage, a failed leadership bid and four years in the political wilderness.

And his ghost will be following Theresa May this week to America, where she can expect to deal with more awkward questions.

Questions about the “special relationship”, US-UK trade agreements and waterboarding.

To escape that ghost, she needs to start answering yes or no to questions.