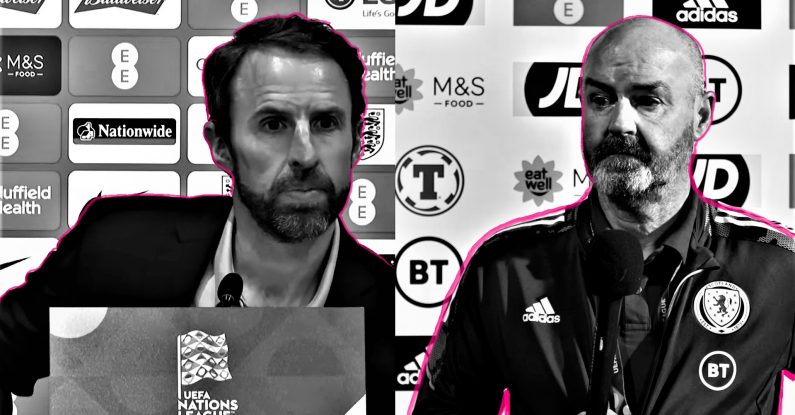 The post-match interview is a staple of sport.

And what a contrast between national football bosses this week.

England head coach Gareth Southgate saw his side humiliated 4-0 at home to Hungary.

One stood up to tough questioning while the other snarled at reporters.

We share advice on how to deal with interviews on our media training courses.

So what could the winning coach learn from the losing one?

Standing up to scrutiny 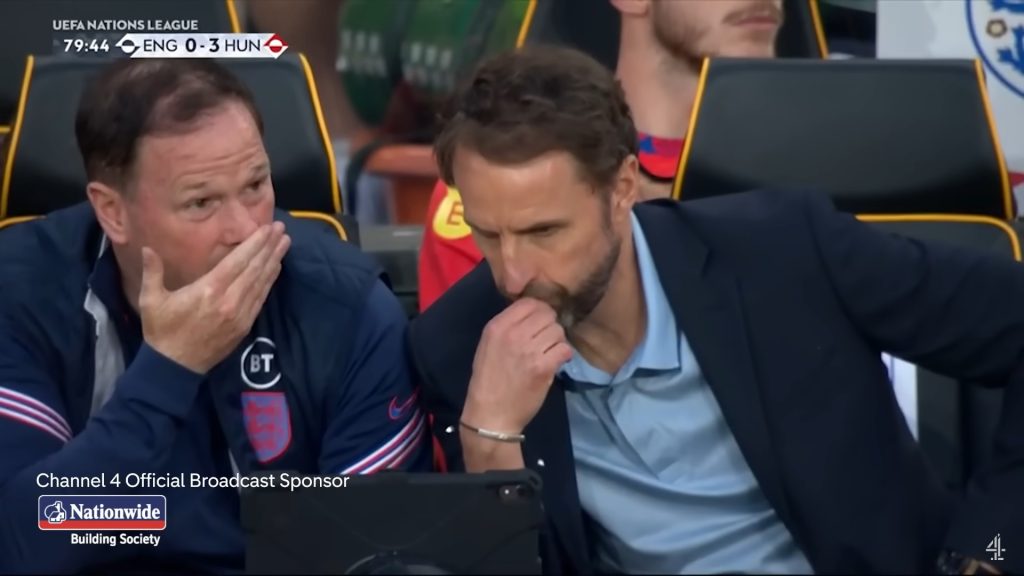 We’ve highlighted the leadership qualities of Gareth Southgate more than once.

Put aside his achievements of the last three years.

Namely, leading England to a first major final in almost six decades and taking them to a World Cup semi-final.

It’s his statesmanship in adversity that impresses me most.

The first question live on television after losing 4-0 to Hungary was about the result.

Gareth was calm and collected. He’d changed the side to freshen it up.

“That’s my responsibility in the end.”

Asked if he could understand the frustration of fans directing their ire at him, he replied:

“Yes of course I can…” and reminded us of the great nights England had enjoyed in the past three or four years.

And as for an explanation of what went wrong in the match?

“I think I’ve given [the players] too much to do, and I take responsibility for that.”

When the reporter thanked him after a tough interview, he replied:

“My pleasure,” before nodding to the journalist and walking away with his head high.

The studio presenter summed up my view:

“A classy response from Gareth Southgate.”

A bad result improved by a good response. 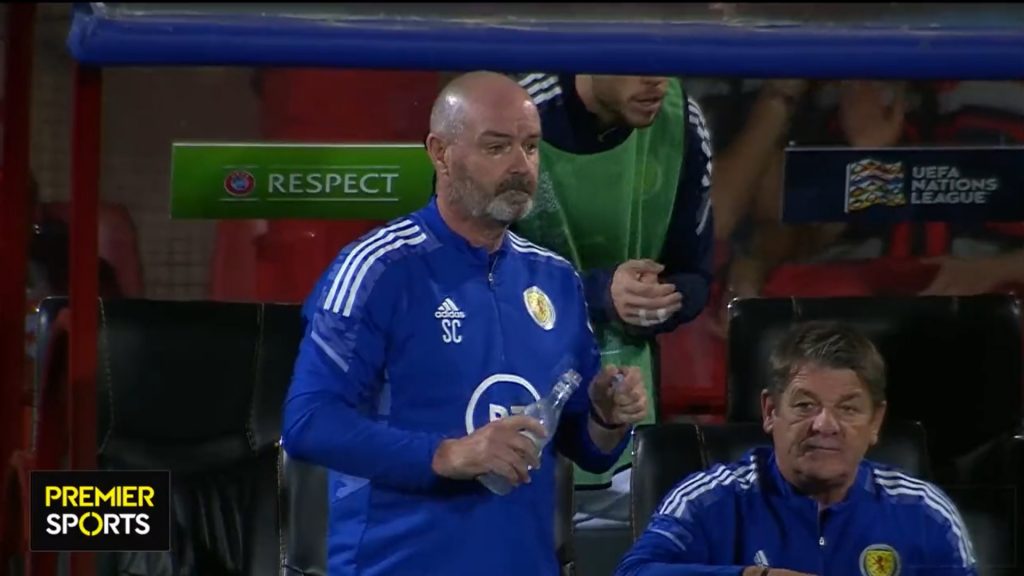 Meanwhile over in Armenia, Scotland were making amends.

They’d put in abject performances against Ukraine and the Republic of Ireland in the past fortnight.

Their 4-1 win over a team ranked more than 140 places below them wallpapered over some cracks.

Steve Clarke spoke to the press after the game.

He volunteered that Scotland had failed in its mission to qualify for the tournament they last reached in 1998:

“We failed in our primary objective to get to the World Cup.”

He acknowledged the 3-0 defeat away to Ireland was very poor:

“We had a really bad performance in Dublin.”

So far, so honest. I agreed with his assessment.

However, the tone of his voice suggested he was on the war path.

“The realistic fans are fantastic.

“The rest of it, that’s outwith my control.”

So are we talking football pundits, journalists or keyboard warriors on social media?

Your guess was as good as mine at that point.

Former Scotland captain Willie Miller had been critical of the two performances Clarke had himself highlighted.

Miller was alarmed at the defending against Armenia. And he himself had defended at the highest level.

The BBC’s Kenny Macintyre asked a question on that topic:

“While it was a good result in the end, wasn’t that opening spell a concern for whatever reason – whether it was fatigue or anything else?”

Clarke, though, dismissed the legitimate question by responding:

“Pretty negative, Kenny. If you want to go down that route, that’s fine.”

Reporters ask the questions and broadcast the answers. So was it the reporters who were “unrealistic”?

I had my fair share of thin-skinned football managers giving me a hard time when I asked questions for the BBC.

But I felt they only let themselves down.

As did Steve Clarke in his biting answers.

Because in reality, they’re speaking to the fans through the media in every interview.

My experience with sporting coaches 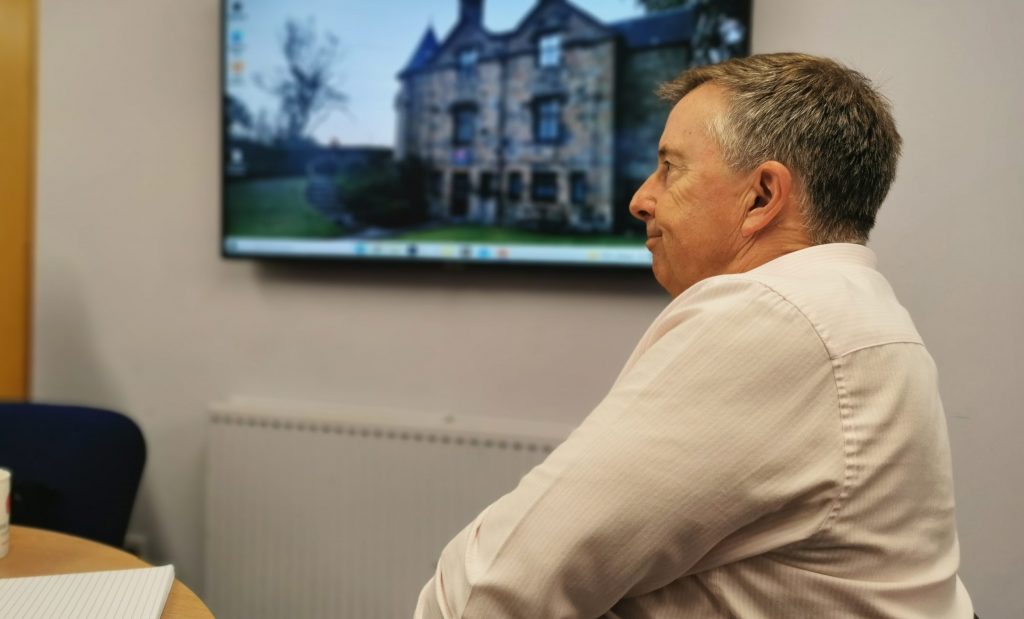 I’ve run media training for two head coaches of the Scotland national football team while they were in post.

Craig Brown, the longest-serving Scotland manager with nine years at the helm, was keen to improve how he dealt with the media.

I reminded the other to concentrate on his answers rather than being annoyed with the questions.

Sir Ian McGeechan was the first of those.

He explained how difficult it was to summarise a defeat to your greatest rival because of a dodgy penalty decision three minutes after the final whistle.

But he used to do it with aplomb. 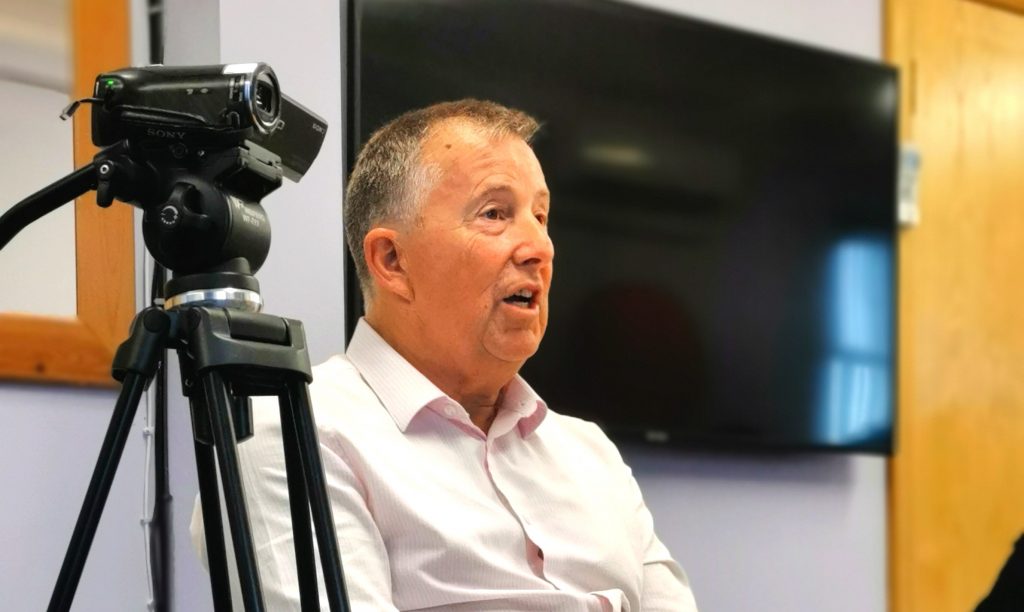 I was excited watching Scotland’s footballers again as they reached Euro 2020 and pushed for World Cup qualification.

What they need now is the kind of leadership and media handling abilities shown by the England manager in victory and defeat.

As a Scotland supporter, I expect to lose as well as win.

But I expect the man leading those campaigns to stop taking side-swipes at every opportunity.

It lets him down. It lets the country down.

Or, as Steve may suggest, am I being an “unrealistic” fan?

Scotland’s task was made easier by two Armenian players being shown the red card, and one losing the plot altogether.

Staying cool and calm wins the game and the post-match interview.