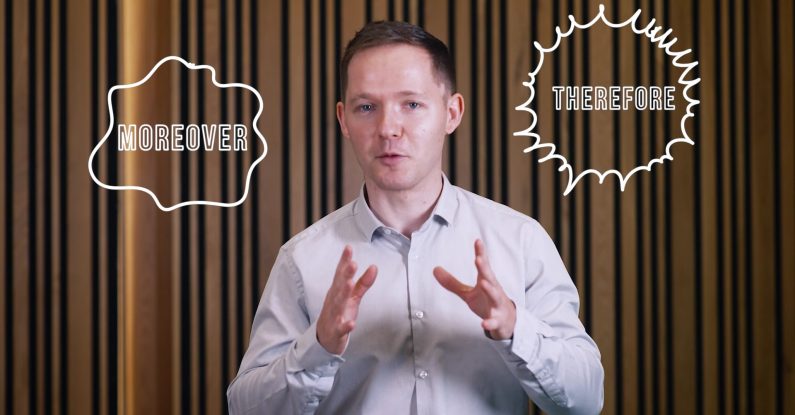 Public speaking training: Three tips for your next big speech

Lauren’s been asked to host her friends’ wedding next month.

And she wanted to brush up on her MC skills and grow her confidence ahead of the event.

We discussed the usual areas of storytelling, getting to the point and positive body language.

But there were other tips I shared which rarely crop up on an everyday presentation course.

So let’s get into the top three.

1. Write your speech like you’d say it to a friend 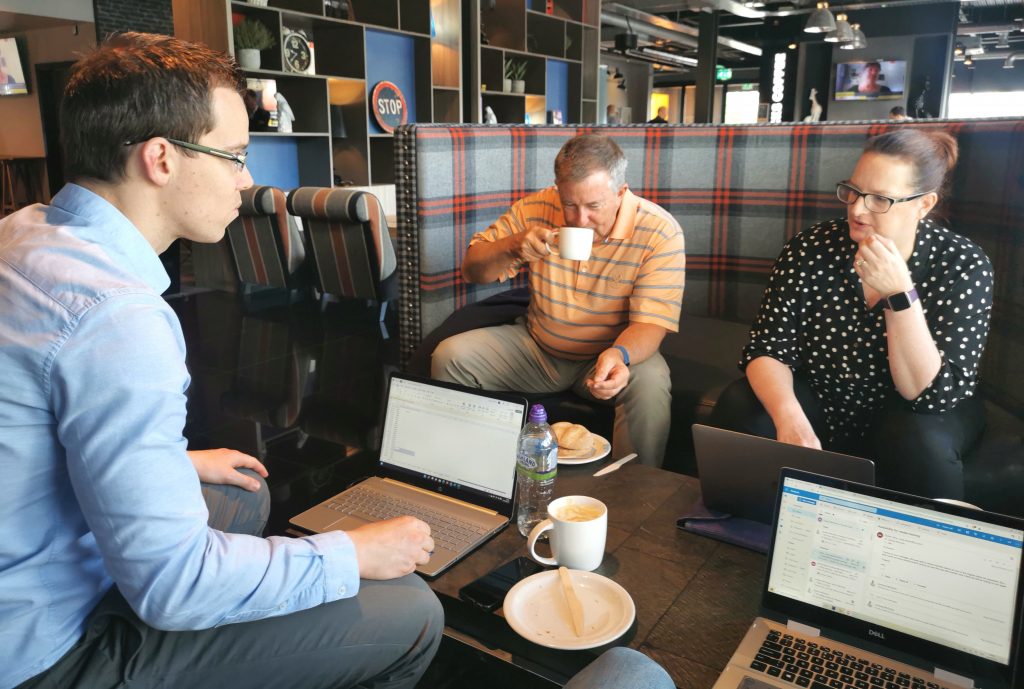 This, in my experience, is the biggest challenge in public speaking.

We tend to write far more formally than if we said the same thing unscripted out loud.

And we begin to lose our own personality in the process, sucked away by sharper grammar and fancier vocabulary.

This happened with Lauren.

She’d scripted a sentence which said:

“Back in 2015, I used to travel from Glasgow to Stirling for a 6.45am ice session every single Wednesday.”

I then asked her to put her notes aside, and tell me the same section unscripted.

This time it came out differently:

“When I lived in Glasgow in 2015, I was getting up at 5am every Wednesday and it was… killing my soul.”

It was far more conversational, it was funny, and more importantly: it was her own personality.

So here’s our tip.

Record yourself reading your speech out loud.

Then, while still recording, tell the same stories again without any notes.

And as you listen back to it, take the impromptu bits you like and write them into your speech.

That’s how you keep your personality in a prepared script.

2. Physical gestures need to be as big as possible 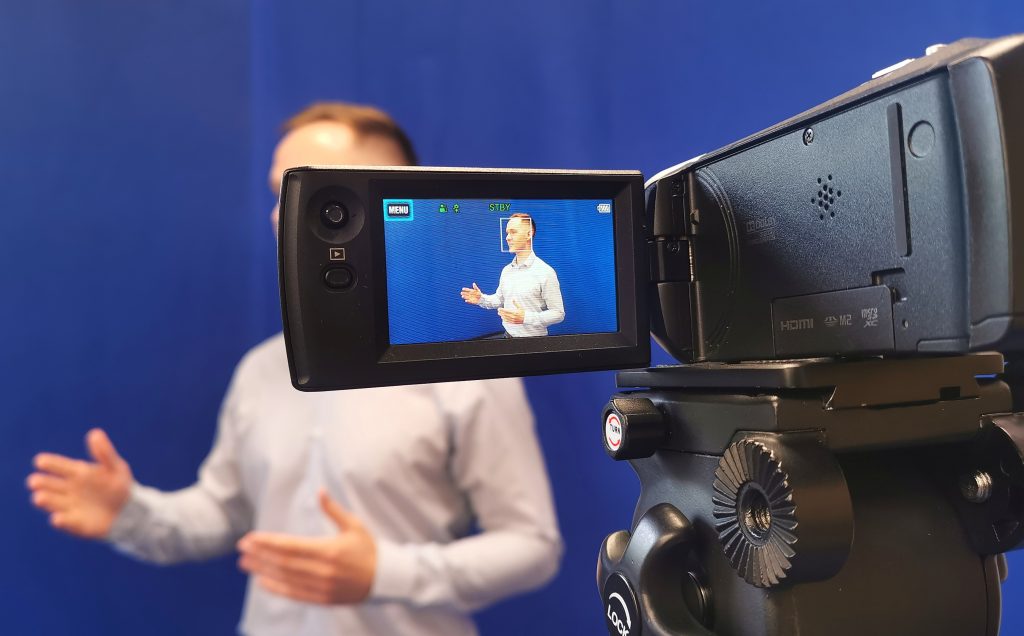 This is where public speaking meets performance.

Lauren will be speaking to a marquee of more than 200 people.

That’s a lot of rows.

And the people at the very back will be at least 50 feet away from the top table.

While rehearsing the opening minutes of her speech, we picked up a couple of hand gestures.

One of these was humourous air quotes for a weekly wine night counting as “rest and recovery”.

In a room of 20 people, this hand gesture can be done naturally and everyone gets the joke.

The problem with doing that to a room of 200 is only the first few rows will see it.

So here’s the tip.

Any physical gestures to a large audience have to be done really big.

In this case, the arm has to go much wider and higher to do the air quotes.

It’s as if you’re on stage as part of the Christmas pantomime.

So those in the cheap seats enjoy the visual gag too.

3. Tell the other speakers how you’re introducing them 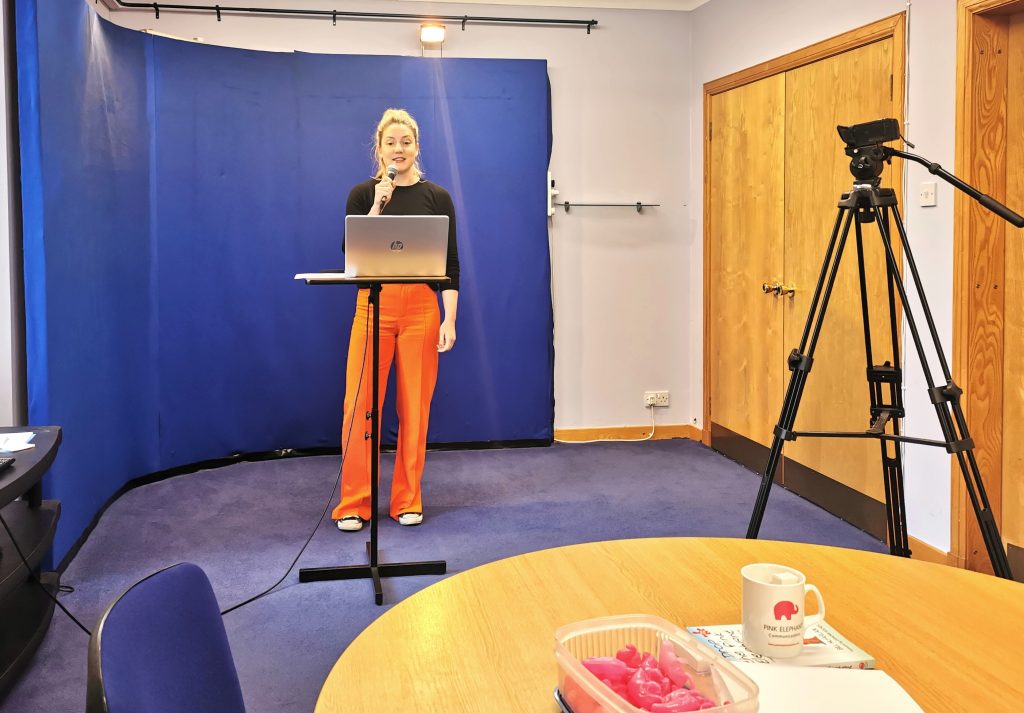 This rule is for those playing the role of host or MC.

For Lauren, she’ll have at least four speakers to introduce.

She’ll give each one a 30-second snippet to tee up the audience as to who they are.

The risk is you spoil that speaker’s own material.

I’ll give you the example.

Lauren wants to introduce the bride’s dad by talking about a memorable animal-themed nightclub appearance.

But what if he also wants to share that same anecdote?

Now you’ve put him into an awkward position of having to edit the story on the spot which the audience has already heard.

So here’s the solution.

Talk to the people you’re set to introduce ahead of time, and tell them what you’re planning to say.

If there’s a clash, find a different way to bring them in.

Or alter the wording of your intro to avoid spoilers or punchlines.

And let the speakers share their own story themselves. 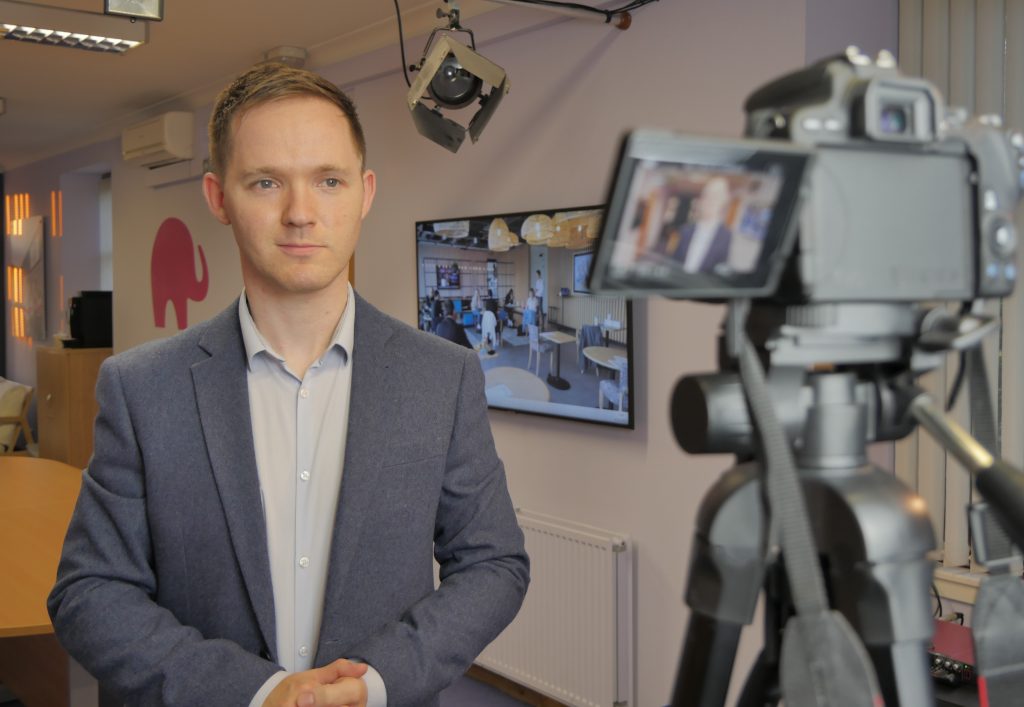 There’s so much that goes into a public speech.

As I demonstrate here with analysis of the 2022 Oscar winners.

And the rules are slightly different compared to a business presentation.

Sure, we still want the speaker to talk slowly, use a varied tone and engage with eye contact.

But both audiences are after different things.

A wedding crowd wants you to do well. They’re poised to laugh, clap and cry (and the alcohol helps with all three).

A business audience’s priorities are different. Usually they’re there to learn and to ask questions to discover more.

And that needs to be your starting point.

What’s in it for your audience?

That’s where we come in.

At Pink Elephant, we’ve been running public speaking training since 1989.

Be that one-to-ones, group sessions, and now virtual calls.

Email us if you’re interested in our help and advice.

And let us grow your confidence in your own public speaking.