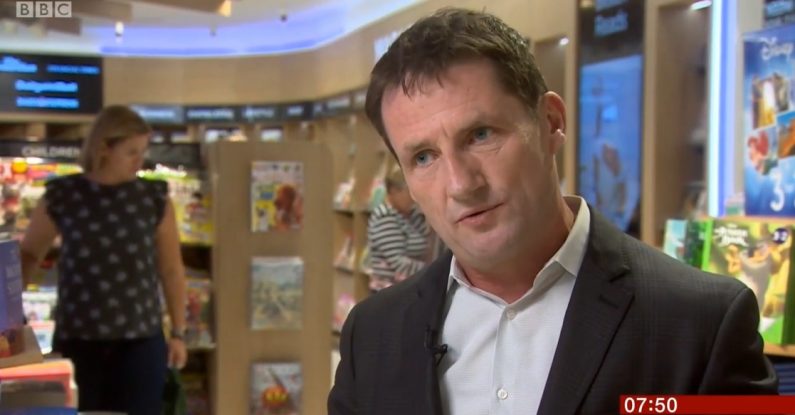 How to master a TV interview

The question of how to master a TV interview is raised by people from all walks of life.

Take, for example, someone running a high-profile business doing much better than the sector.

Your results are out in the morning and they reflect well on the business​.

So you have a good story to tell​.

BBC Breakfast News wants to interview you and broadcast it in prime time​.

But there’s just one snag​.

This will be your first ever TV interview​.

So do you turn it down to stay safe?​

Or take the opportunity and capitalise on the moment?​

What did the Chief Executive of WHSmith decide to do?​

When I presented BBC Breakfast News in the 90s, we sought out business leaders​.

We wanted them to explain more about the companies people had heard of​.

But many turned us down​.

Some were aloof, while others afraid of it all going wrong​.

Today every business leader needs to be media-savvy​.

They must be able to present well at conferences and come across well on radio and TV​.

So Steve Clarke knew this was a golden opportunity to explain more about WHSmith.​

He’s been with the company for 15 years, the last six as Chief Executive​.

And today they were announcing a one per cent rise in profits​.

Without closing any stores​.

Now that may seem modest​.

But this week M&S had revealed a 10% fall in profits​.

So how do you get your message across on TV?​

What are the perils and pitfalls of a broadcast interview?​

Should you take the opportunity of going on TV to sell your message at all?​

Steve Clarke did, and gave a master class in delivering a great TV interview​.

Which is a huge achievement given that this was his first.

And what can we learn from so we can take the same opportunity?​ 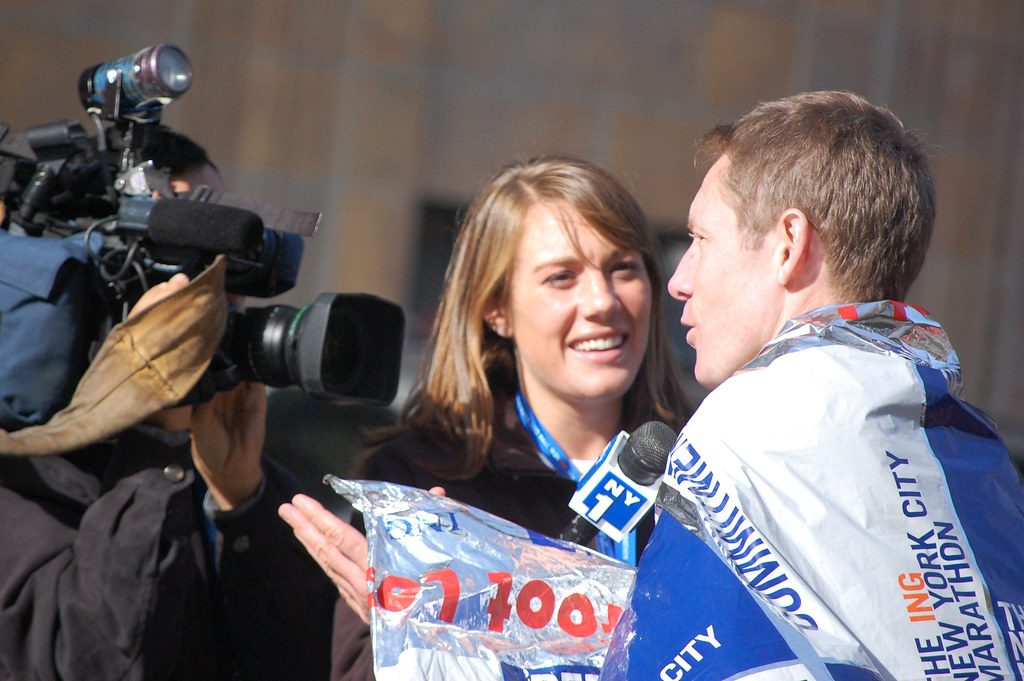 First, write a list of things you want to say.

Top of the list should be your big point. ​

He believes firms are being ‘taxed out of business’​.

Because business rates are too high​.

I know this because he emphasised the point throughout his answers.

It’s step one of how to master a TV interview. 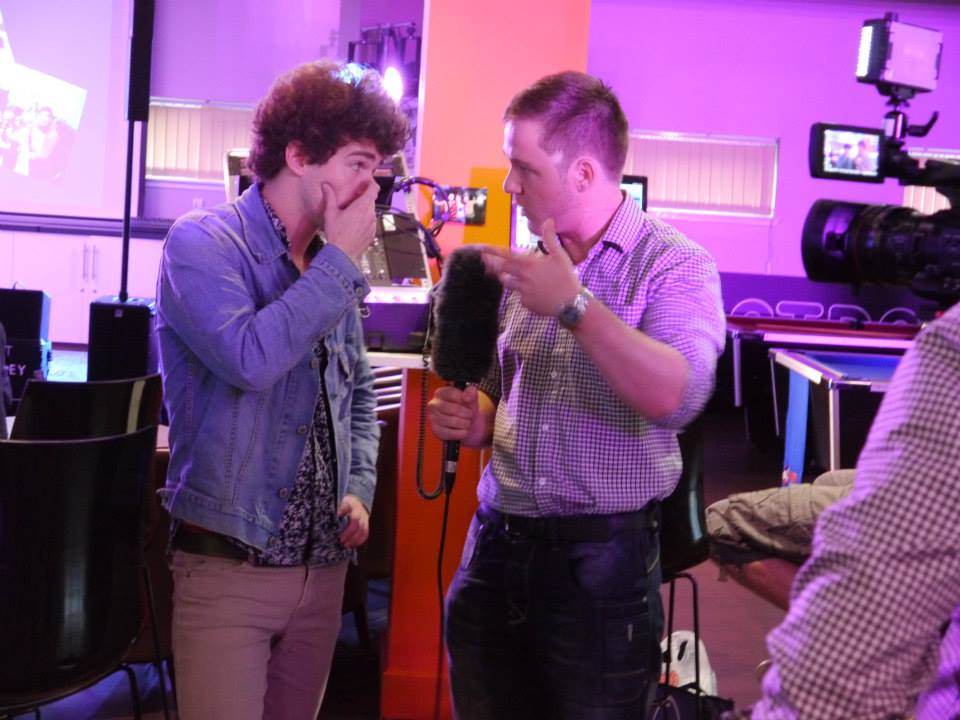 The interviewer wanted to know why railway station and airport shops were more expensive than high street stores​.

Mr Clarke explained that running costs are higher when business rates are higher.

Which is very reasonable.

But rather than just accept the point, he brought perspective​.

Many items are the same price in both airport and in city centres. 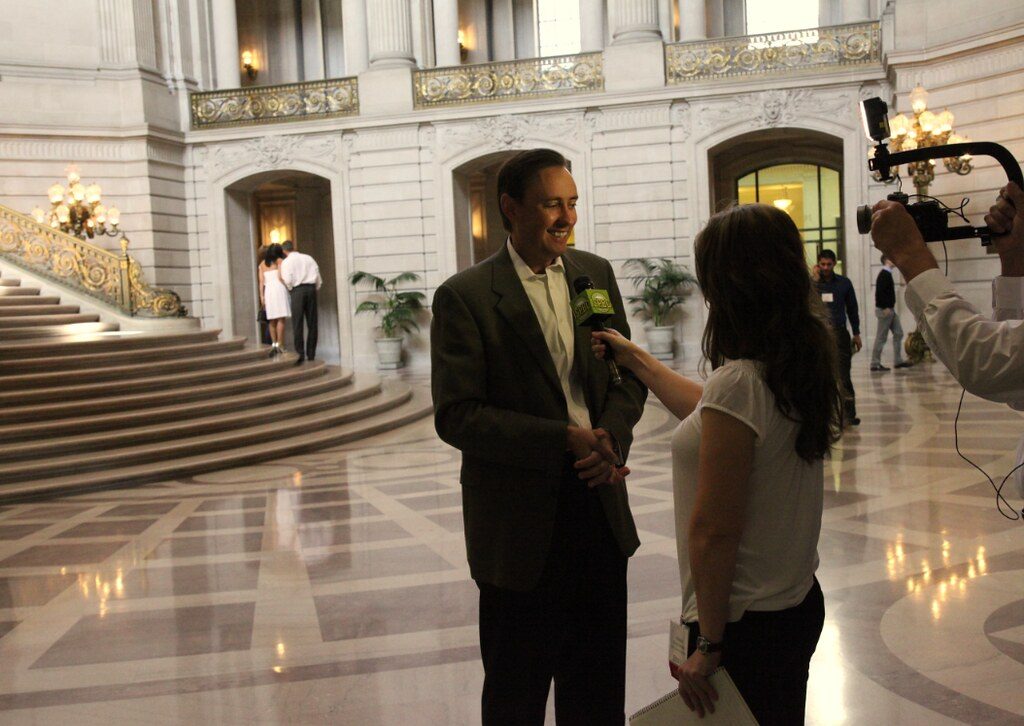 This is an underrated aspect of how to master a TV interview.

Many will go well until awkward questions unsettle the interviewee​.

But Mr. Clarke was ready when he was asked about stores that looked run-down.

Again he explained that some stores attract investment because they’re profitable.

But others are awarded less investment because they’re less profitable.

The CEO’s ‘A’ list is made up of points he wants to make​.

His ‘B’ list will be awkward questions he expects to be asked​.

We suggest to clients on our media training courses always to prepare a ‘B’ list.

Then practise your answers to the awkward questions.

That way you can embrace the difficult question.

Rather than let slip your annoyance at it being asked.​

4. Watch your pace and tone 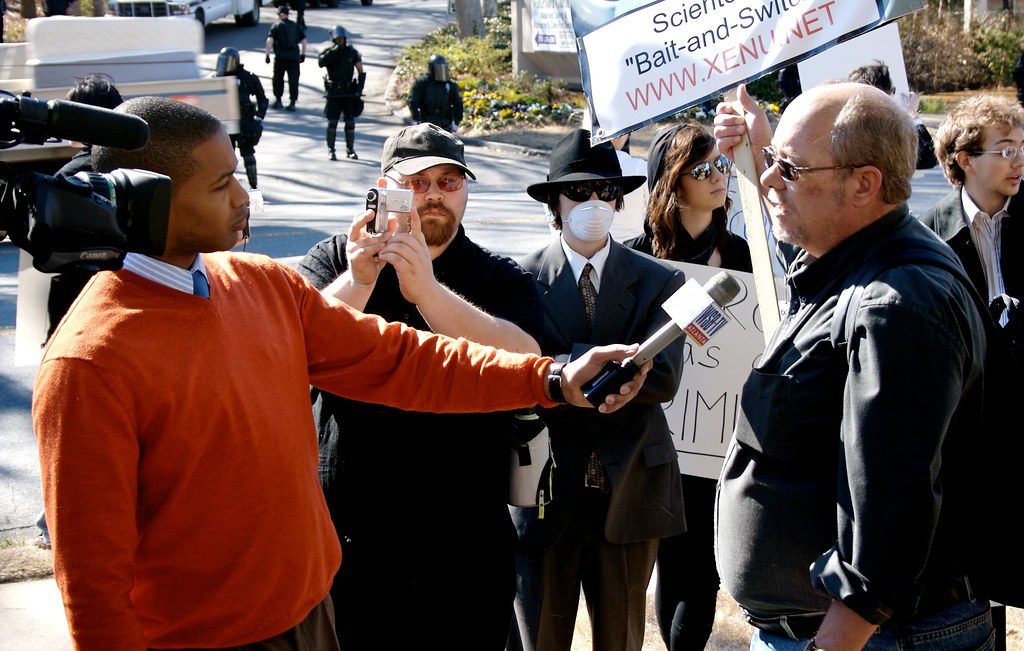 When the interview turns up the heat, it’s easy to start to race​.

As if talking faster will end the interview more quickly.

A slow delivery displays confidence, a key aspect of how to master a TV interview.

As do slight pauses between points or even sentences​.

And when you talk slowly, there’s time to add emphasis.

So the audience has more belief in what you’re saying​. 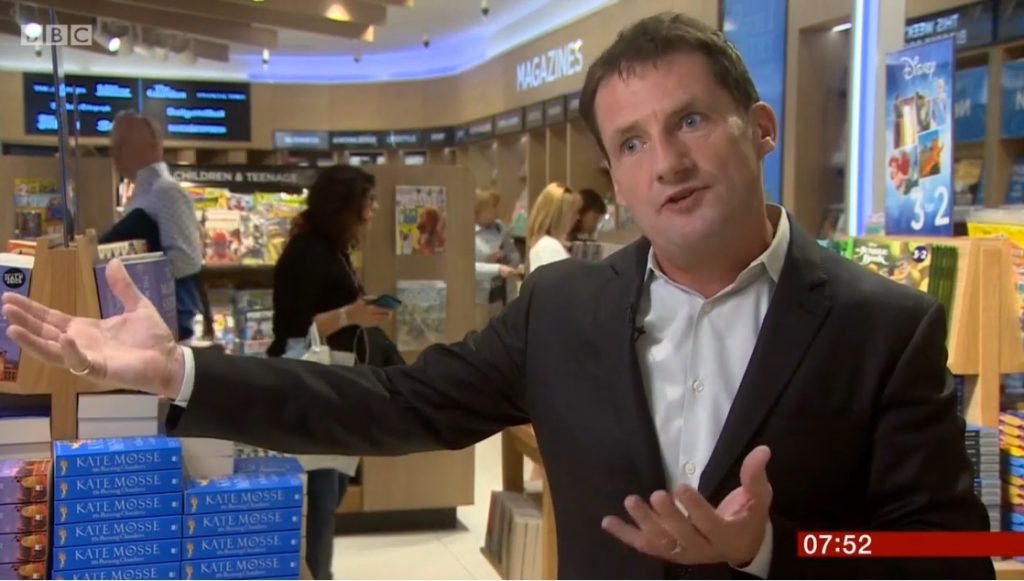 Because you want to remain looking relaxed and happy to answer all questions.

Steve smiled at times through his responses to criticism.

His hand gestures were open.

And his eye contact with the reporter remained strong​. 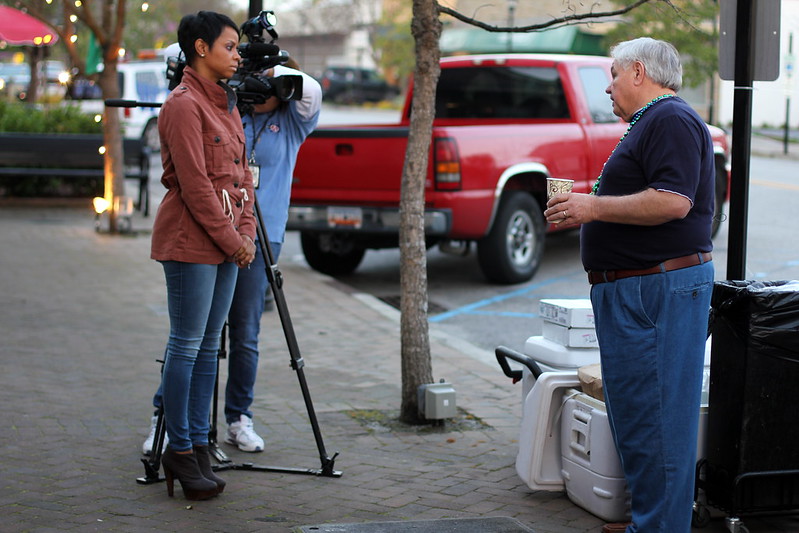 Many people fear being open with the media. ​

​They expect their vulnerability to be exploited. ​

He asked his players to be candid about the challenges many had faced​.

And their mental health​.​

The result was more positive coverage of an England team than at any time in the past 20 years​. ​

​He agreed it was painful to hear criticism of a business he works hard to improve.

​Then he referred to a promise he’d made to his husband about taking time off.

Leaving himself exposed to potential prejudice.

​He could have said ‘partner’.

​But his openness won my admiration and I’m sure that of many others​.

7. Keep it simple from start to finish 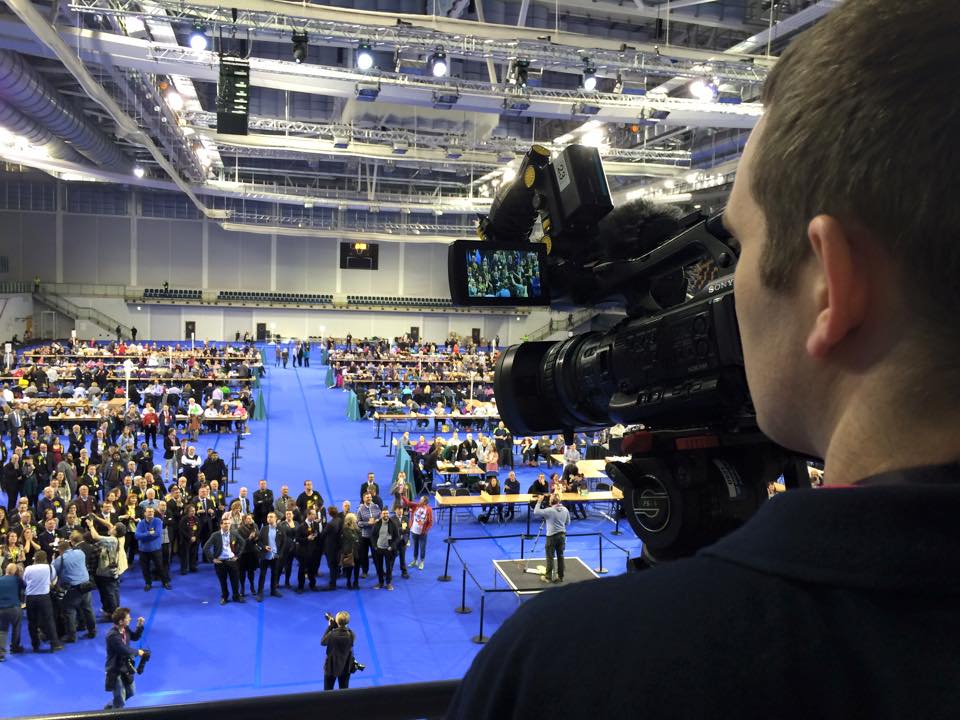 He could have used property jargon when talking about business rates.

Or commercial jargon when talking about investment in stores​.

Because he’s a big cheese​.

Instead he kept it simple.

So anybody watching would understand.

And that ensured that I could follow what he was saying.

And repeat his message.

And it gives us confidence that we understand what’s being said​.

It allows the message to be re-iterated​.

Simplicity is another key in how to master a TV interview. 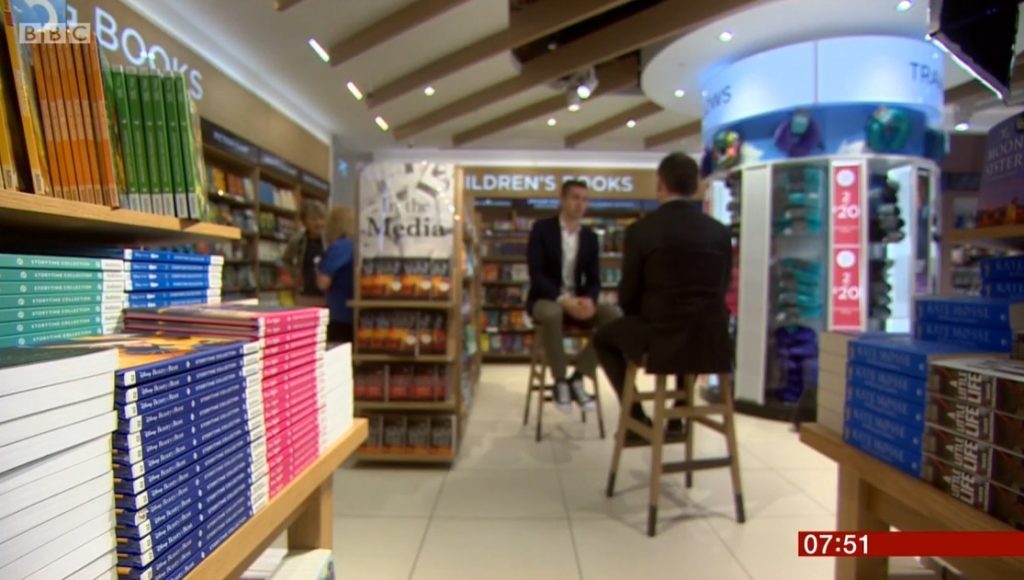 So what was the net result of following these seven rules?​

Answered his critics over price differences and investment in stores.

And put himself in the shop window for another top job​.

Once he’s recharged his batteries and spent time with the people closest to him.​

An impressive example of how to master a TV interview, which you can watch here.

Which should give everybody encouragement. ​

If you simply follow the rules and practise them in advance.

Images and footage of Steve Clarke courtesy of BBC One.