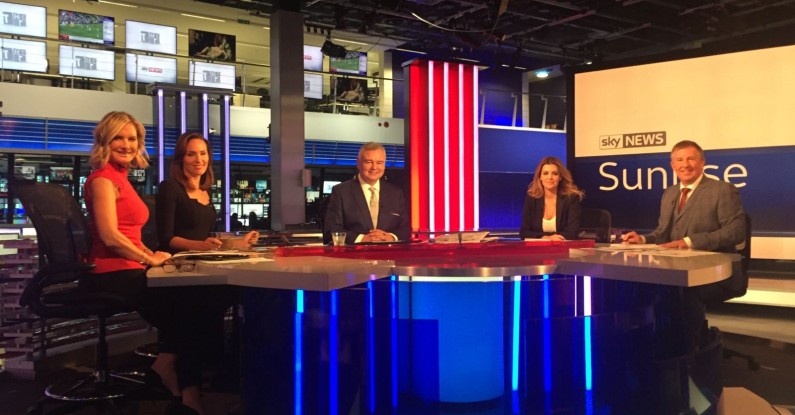 How I prepare for a live TV interview

There’s only one question when considering an appearance on TV:

Will it help my situation?

So whether something has gone wrong with your business or personal life – or whether there’s something you’re bursting to discuss, that’s the question to ask.

When I approached Sky TV about reviewing the newspapers on Sunrise with Eamonn Holmes, the question was easily answered.

Raising your profile to position yourself as an ‘expert’ in your field is only ever good for business.

But to turn the potential of the interview into business advantage, you need to do several things:

Firstly, the Sky Sunrise audience has grown consistently since Eamonn Holmes took over the slot 13 years ago.

At that time, people watched the programme on average for six minutes, normally hurrying out to work.

But that figure has grown to over 50 minutes, due the combination of information and entertainment Eamonn and his team bring to the programme.

So newspaper reviews have to be entertaining.

They also have to cater for those who want their news to be delivered with authority.

Secondly, the messages are largely of the reviewer’s choosing – as they select the newspaper stories to be reviewed.

But it’s wise to hone in on what the other reviewer has picked – as you may want to comment on those also. 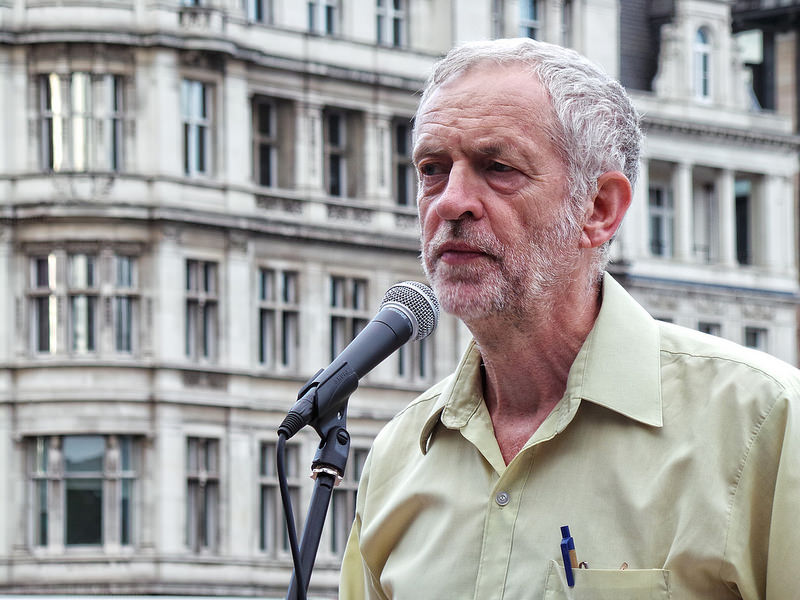 The re-selection of Jeremy Corbyn as Labour Leader had dominated the news agenda over the weekend.

I chose, therefore, some stories on that topic.

But I also then started to work out my own messages on leadership and communication skills, to bring the conversation into my area of expertise.

It was important to get across some hard facts.

A few hundred thousand had voted for the new leader – but more than nine million voted for Labour in the last election.

I created an analogy:

If Labour were a company, Jeremy Corbyn had won over the majority of their shareholders.

But unless they can sell to a large number of customers (the voters), the company will go under.

In another picture, I suggested that if the UK were a ship, business was the engine room, driving it forward.

Politicians had their hand on the tiller, steering the rudder left, right or down the middle.

Donald Trump’s presidential debate with Hillary Clinton was coming up that night – so I noted more points on that. 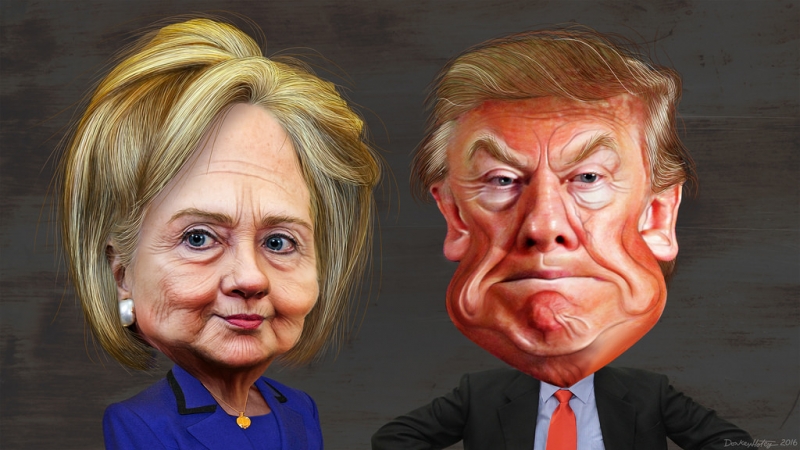 His shock tactics – a PR friend had told me – are known as “the dead cat on the kitchen table” (another clear picture).

If a dead cat were thrown on our kitchen table, we’d be repulsed – and so it is when Trump makes inflammatory remarks about building a wall along the Mexican border, banning Muslims from entering the States, or loosening gun laws to see what happens to Hillary Clinton.

Or allegedly inviting Gennifer Flowers (an alleged former mistress of Bill Clinton) to sit in the front row of the presidential debate.

I had also scoured the Sunday papers for information in the Mail on Sunday on a new book, highlighting events leading up to the Brexit vote – written from the diary of David Cameron’s Communications Director.

That was surely going to be the subject of a Monday morning story in the Mail.

Armed with 25 or 30 things to say across around half an hour of air time, I felt well-prepared.

I would have to see what news broke on the morning, to be able to comment on that also.

Headlining the sports news was the sad death of Arnold Palmer, the man who moved golf from being elitist to populist. 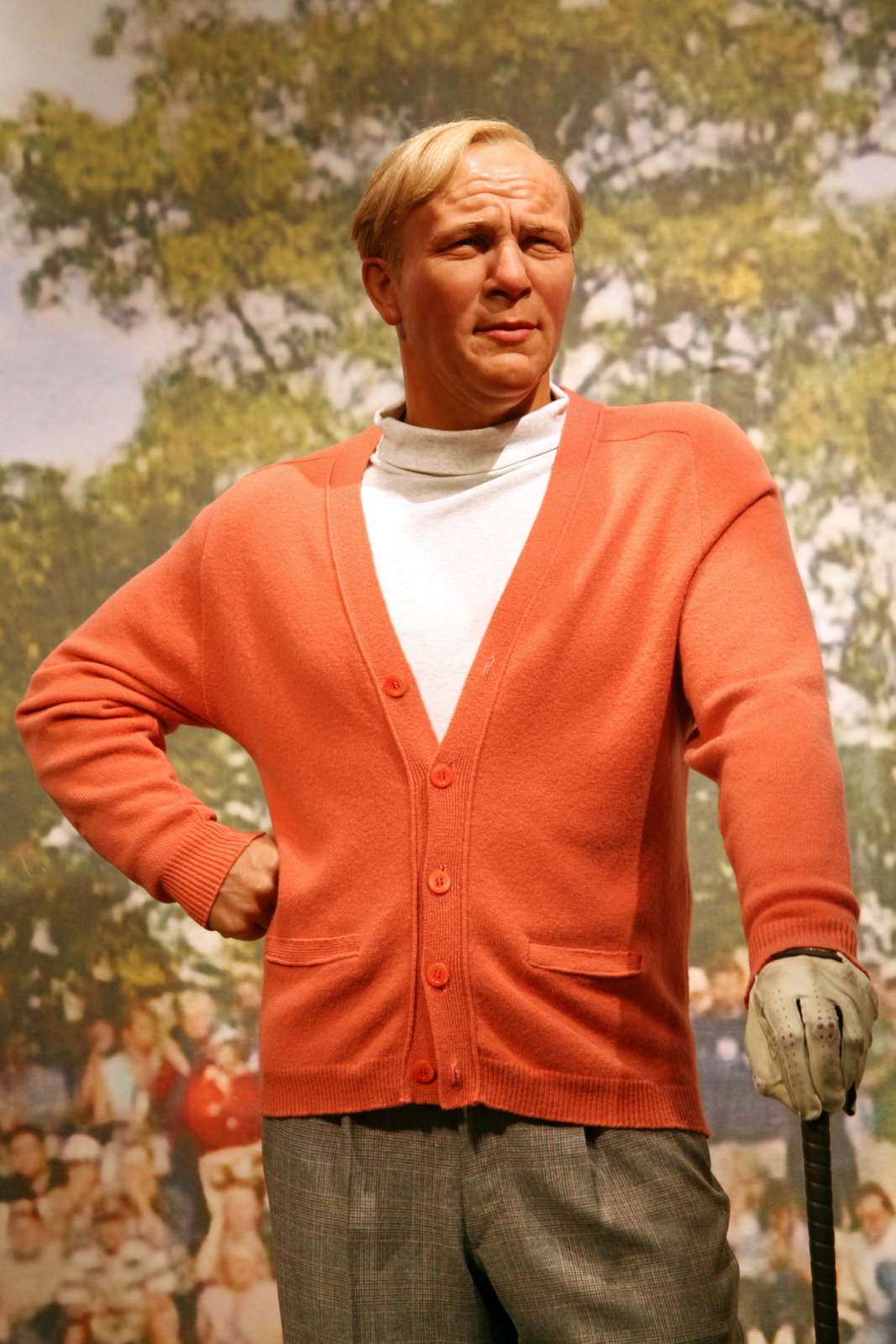 It had been my privilege to meet and interview Palmer several times.

Each time, he was charismatic and charming.

The last time was at Turnberry at the British Seniors Open – now known as Trump Turnberry.

I had several things to say in tribute to Arnie.

OK – let’s deliver it with authority.

I followed a checklist of things we share with clients attending our media training courses, run largely from our Glasgow studios.

Wear your best clothes for a TV appearance.

You’ll feel good – and you’ll look at your best.

So I had packed a three-piece suit, white shirt with cufflinks and matching tie.

Include each person around the studio table in the conversation.

Start the answers looking at Eamonn – but widen the conversation to include Isobel, the newsreader, Jacqui, the sports presenter and Linda, the fellow newspaper reviewer. 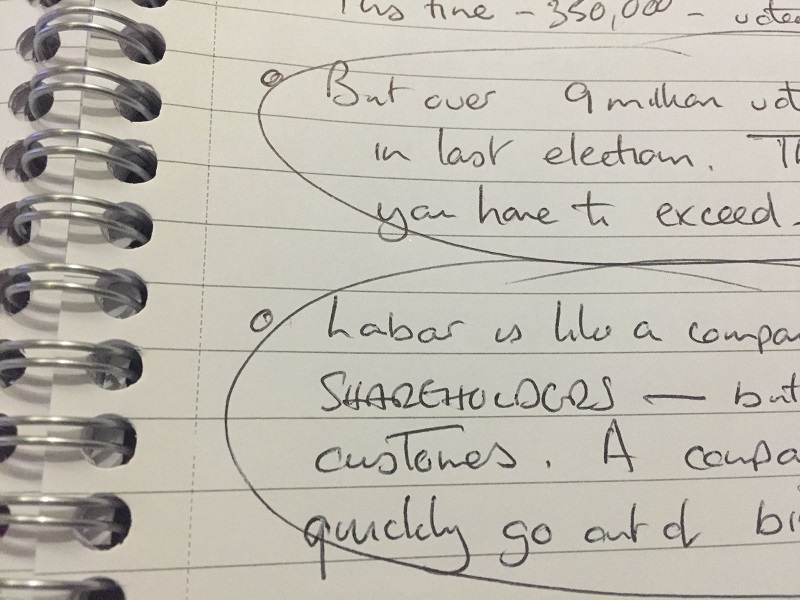 As an example, Eamonn asked:

“Jeremy Corbyn has won the Labour leadership election. Does that necessarily make him a good leader?”

“He needs to appeal to far more than just the party members. If Labour were a company, Corbyn has won over the shareholders. But he needs to win over customers to win a General Election…and last time over 9 million voted for Labour. He needs even more.”

So there’s one key point used up to good effect.

Be willing to use appropriate humour 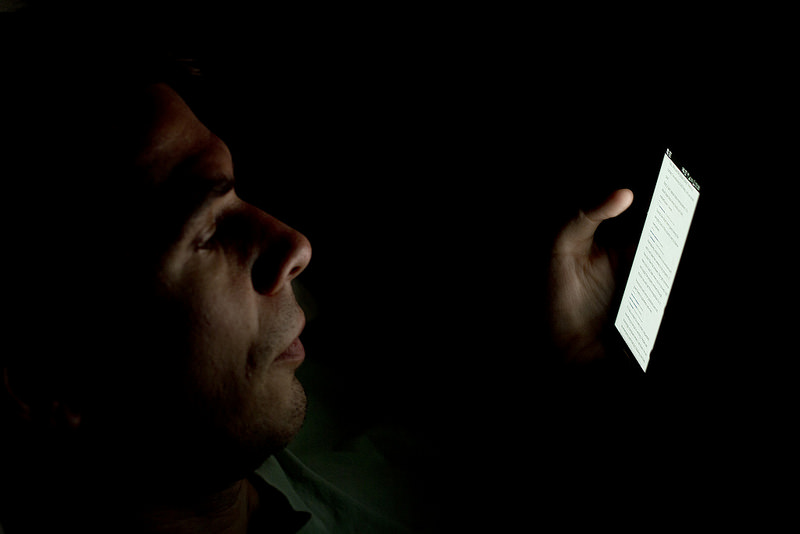 Newspaper review Linda Papadopoulos – the renowned psychologist – reviewed a story about people checking their smartphones in the middle of the night.

So when Eamonn said he’d done that at 2am that morning to check his emails, I suggest he would be much better just speaking to his wife Ruth, rather than emailing.

Now be careful with humour as it can be unkind.

But Eamonn and Ruth are close friends and would take the joke well. 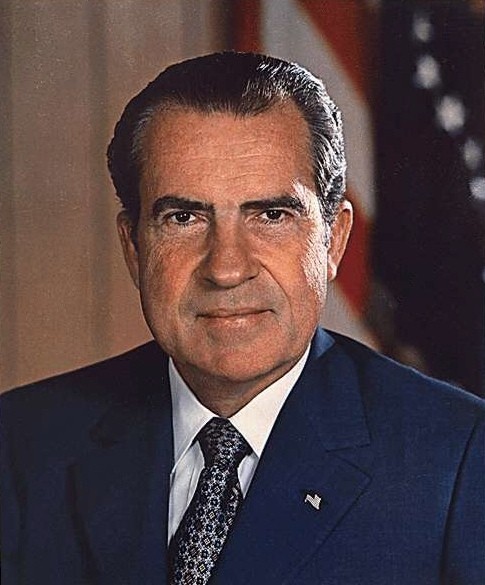 A clip was played in from previous Presidential debates.

I knew the background of the Kennedy-Nixon debate from 1960, so could add detail to that.

However, when Linda reviewed a story about men feeling closer to God after sex with their partner (because of a chemical reaction in their body), I sat with my mouth firmly shut.

Whatever I said could sound inappropriate.

By far the most common mistake people make in speeches and TV interviews is speaking too fast.

They may be nervous – or anxious to speak without interruption.

But it’s those who speak slowly who command our attention and respect.

Going too fast can make you sound excitable or out of control, and the audience can fall behind what you’re saying.

Make your point then stop – like scoring a goal. 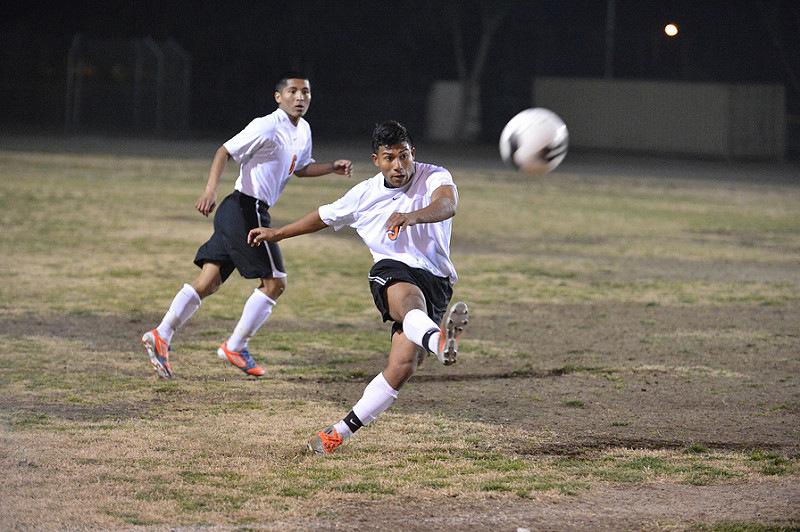 It’s often the case that the longer an answer goes on, the less effect it has.

This allows you to deliver your key point effectively – packing a punch with each one of them.

When you’ve created a shopping list of points – and followed this check list to deliver with authority – you properly assess how effective your presentation was.

The best way to do that is to watch a recording, which I did that evening by checking the Sky News website.

We have to remember to be constructive with our own critique, to ensure we self-analyse rather than self-criticise.

So I looked at my notes to ensure what I had set out to say ended up on air.

Around two thirds of the key points had indeed been used.

How had the body language been? 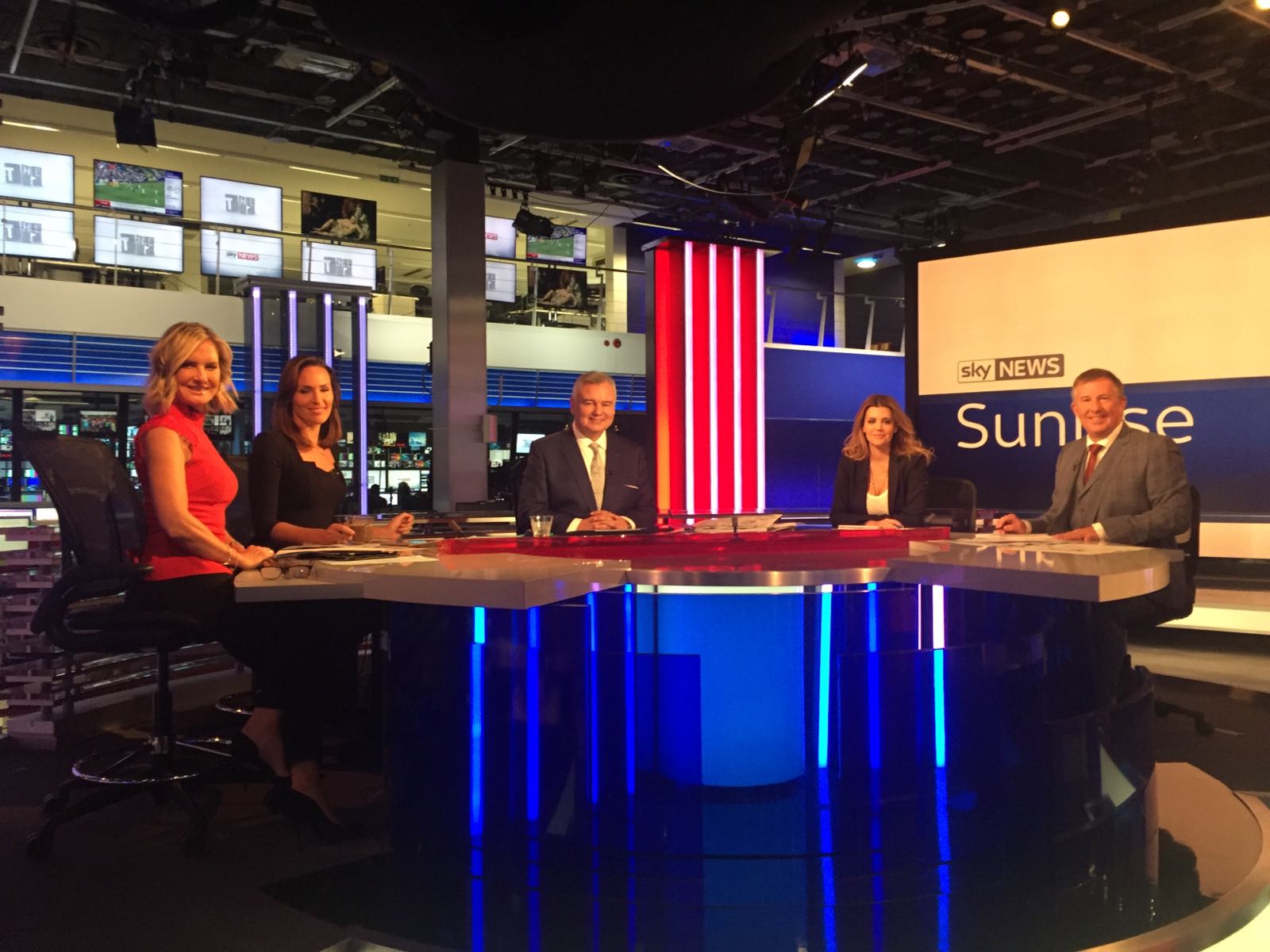 Good when I was talking and involving the people round the table.

However, when Linda the psychologist was talking, I could be seen at times arranging my notes.

So next time, I’ll trust that I’ve prepared well enough, and stay involved in the conversation by looking at the speaker instead.

The pace was good – but at times it could still have been slower.

Another point to work on.

Each one of us – in any professional position – can offer ourselves to the media for comment, to position ourselves or our company as “expert’ in in our field.

That gives your clients the opportunity to feel comfort in your abilities – and puts you in the shop window in front of potential new clients also.

Remember if you fail to offer yourself up to the media, your rivals may well fill the seat you were reluctant to take.