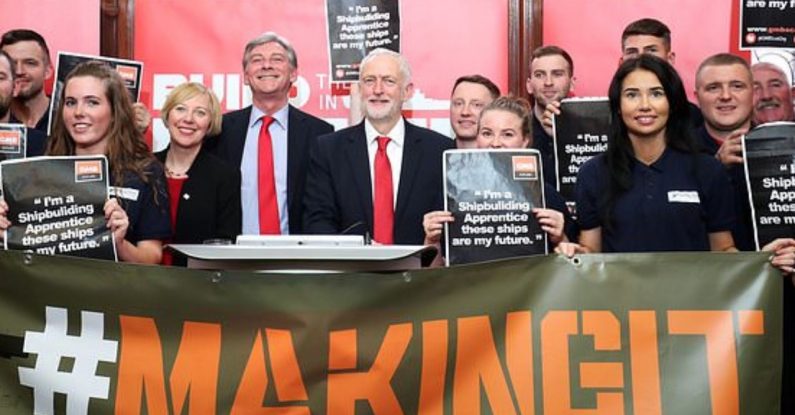 Carpe diem: how to make an impromptu pitch

“Jeremy…would you help our business today by accepting this product as a gift?”

The words of Haseeb Ibrahim, founder of technology startup Myflag, after he blagged his way into a news conference with Labour leader Jeremy Corbyn in Glasgow.

Corbyn answered yes, and that day Ibrahim (and his product, the wearable electronic flag you can see in the video below) were splashed across the BBC, STV and the Daily Mail.

Moments earlier he’d been in his office, scribbling ideas on how he could get his product noticed.

Using his presentation skills, he secured coverage he could only dream of, reaching millions of consumers.

A lesson for us all in pitching for business. 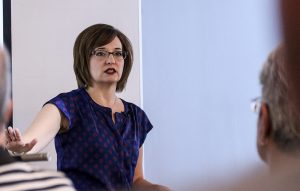 It’s often called an ‘elevator pitch’. The simple idea is that you get into an elevator and meet your ideal client.

You have a short time to pitch your idea to a captive audience.

Sounds easy in theory, but in practice, your pitch is subject to various factors.

If you do find an opportunity, you have to judge the mood of the situation, use the right words for the audience on the day and deliver under pressure.

Haseeb Ibrahim first came to Pink Elephant Communications in February 2017, when he took part in a public speaking training course.

By his own admission, he was shy and retiring.

14 months on, he found himself more confident and articulate, but with new challenges.

With two young children and bills to pay, Haseeb rebranded his product ‘Myflag’ and launched in April 2018.

One month on, traction had been slow and Myflag was struggling with product awareness.

Here is his account of the day, as he worked in his office at Fairfield Shipyards in Govan, Glasgow:

A co-worker entered the office, declaring that video cameras and people were gathering in the car park.

I was first told that it was Nicola Sturgeon coming. I thought it would be great if I could get a selfie with her and the product displaying a bold LED Scottish Flag.

I asked the receptionist when Nicola was arriving and she said “it’s Jeremy Corbyn and he’s here right now!”

I grabbed a Myflag and rushed downstairs dreading a potential missed opportunity. At the end of the hall, there was a woman from the Scottish Labour Party manning the door.

I noticed the backdrop to Corybn’s lectern was “Build them in Britain” and realised a British Flag would be more appropriate, so I selected the Union Flag instead.

A photographer managed to get into the room so I followed him in and stood at the back of the room which was full of suits, cameras, and journalists, with the product boldly around my neck. Jeremy finished his speech and sat down as another speaker followed. I caught the occasional sideways glance from other people in the room. Myflag had to be the brightest object in the room.

When the speeches finished, Jeremy got up to do a Q&A. They were doing the questions in groups of three. The first few hands were shy to go up but I had sensed the tone of the room. It was a serious subject with people’s livelihoods at stake. I worried about coming across as a shameless opportunist.

It was hard to concentrate on what else was being said as I was busy formulating the structure of my introduction and question in my head. I was repeating it constantly, trying to figure out the best way to tone, pitch, and pause effectively.

They indicated the last round of questions. People were getting braver and more hands flew up. Mine was the highest. I was selected to go last. 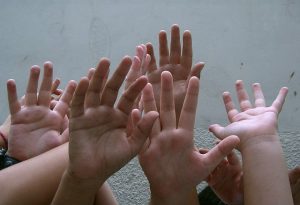 Now the pressure was on! It was an incredibly important moment, the difference between shame and glory.

I now more confidently made my way over to the mic. I was positioned centrally to the lectern, standing tall at the back of the room. I followed with:

“Haseeb Ibrahim, from Myflag; a technology start-up based upstairs. We are currently facing the challenges of building a product in Britain and exporting globally. My question is…Would you help our business today by accepting this product as a gift?”

Jeremy accepted and allowed me to put it around his neck, then raised his hand in triumph like he had been presented a medal, which was quickly changed to putting an arm round me. It was a very proud moment and you could see it on my face.

At the end of his response, the crowd clapped once more and I turned to leave. Jeremy’s assistant took my name and email address, as did a Sunday Herald photographer.

I was shaking from the adrenaline and I struggled to find the right keys on the smartphone. Some other people gave me a pat on the back and told me well done as I left the room.

The next day, the Daily Mail had used a picture of Jeremy Corbyn taken from Getty Images, wearing the ‘LED Union Jack’.

How to make an impromptu pitch

We need to know who you are and what your product is, in the fewest words possible:

“Haseeb Ibrahim, from Myflag; a technology start-up based upstairs”.

Every pitch is different, as the audience changes. Even if the audience is the same, the circumstances change.

Haseeb tailored his pitch around the theme of the meeting (the need to help small businesses):

Have a clear call to action 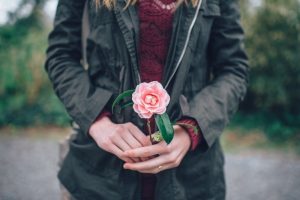 It’s great if people like your product – but you have to have a clear ask.

“Would you help our business today by accepting this product as a gift?”

Be the best version of yourself

When you stand up in front of strangers and pitch an idea, you’re now representing your business, your product and your future success.

Your presentation skills need to be immaculate.

Be five times as enthusiastic as normal.

And twice as slow.

Introduce one-second pauses in between your sentences, rather than rushing it, to let your words breathe. 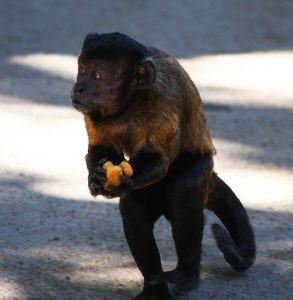 ‘For all sad words of tongue and pen,

Rush down the stairs, enter the room and ask the question.