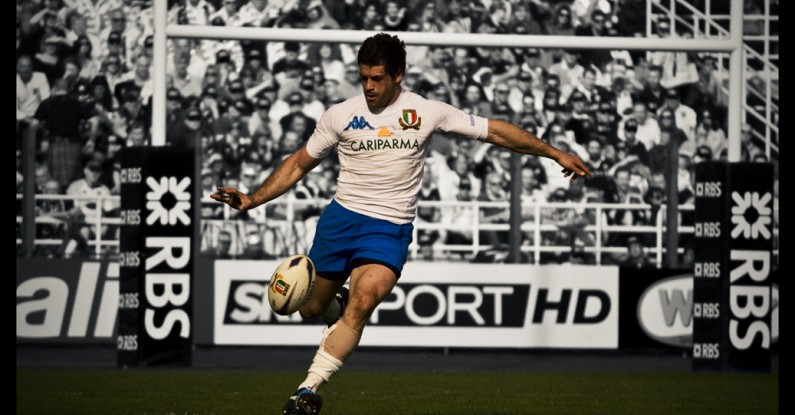 Many of us will have enjoyed the rugby over the last few weeks – with a pint, a glass of wine or for those of you engaging in Sober February, something softer.

While you’ve been jumping for joy as Tommy Seymour touches down for Scotland or hiding behind the sofa as Maxime Medard surges over the Irish tryline, we’ve been analysing a different type of performance:

How well has each home nation (England, Ireland, Scotland and Wales) coach demonstrated leadership in front of the world’s media?

We’ve compiled a Six Nations league table of our own below – let us know what you think in the comments section.

But first, let’s look at what each of the coaches has been saying:

Anyone who has attended our media training, presentation skills or communication skills courses will know all about the value of predicting success in our own lives.

When speaking to the media, it can be dangerous to introduce words like ‘hopefully’, ‘quite’, ‘try’ and ‘do our best’ – as these introduce doubt into your message.

It’s more effective to discuss your ‘absolute determination’, ‘total commitment’ and ‘clear goal’ to show your audience you believe in what you’re saying.

The trouble is, we’re British.

When asked about what we’re good at, we say

We’re British – and we’re terrified of coming across as arrogant.

Go to Sydney, New York or Cape Town, therefore, and you see that these words play a much smaller part in locals’ vocabulary,

So when Eddie Jones became England coach – and in doing so – completed the set of southern-hemisphere home nations coaches – you’d be forgiven for thinking that these words would disappear faster than Craig Joubert after a dodgy penalty decision. 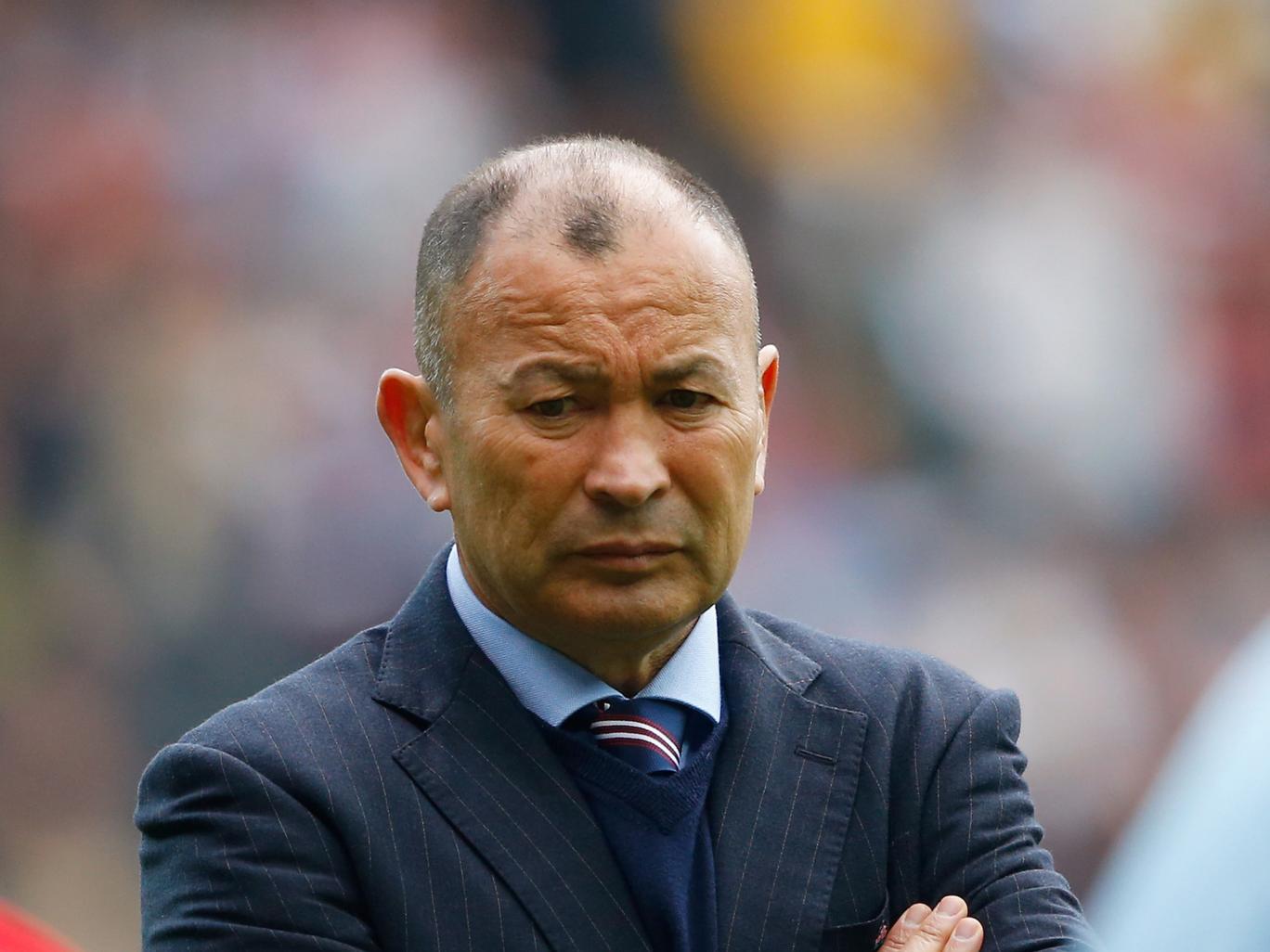 So let’s take a few of each Home Nations coach’s statements as they look forward to the third set of fixtures in the tournament:

“we’re looking to improve — and let’s wait until the end of the competition to see if we have”.

“It’s going to be a tough game for us here in a couple of weeks, but having that break and the two week preparation will hopefully hold us in good stead for that fixture”.

“For us it is about building towards Twickenham and putting together the best performance that we can“.

As you can see from the above statements, none of the home nations coaches have predicted success in their third round of games.

Why is nobody predicting success? 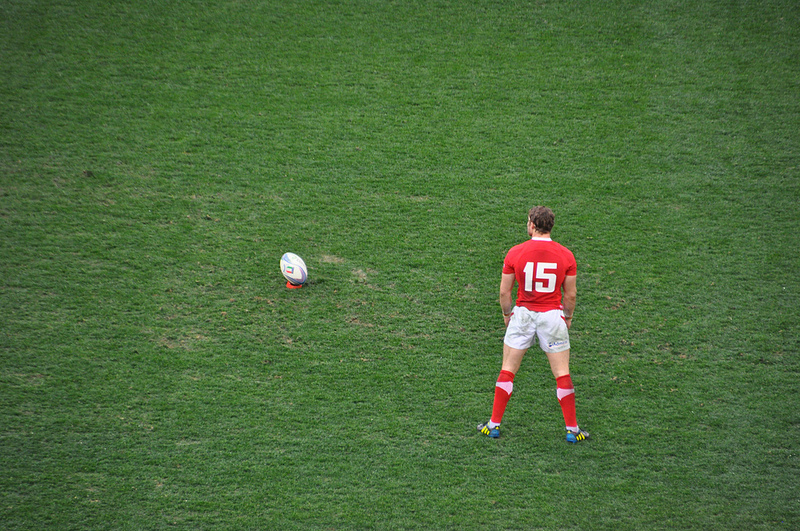 Perhaps they see it as disrespectful to the opposition.

Perhaps they want to keep their players hungry and grounded.

Perhaps they want to focus on what they can control (their performance), rather than what’s outwith their control (the result).

All of the above are valid arguments.

But I believe there’s something different at play.

And we call it false modesty.

For the same reason many of us fail to predict success in our own lives, our coaches are intentionally avoiding predicting success for their teams.

They want to avoid predicting success, in case they fail.

The only exception to this has been Eddie Jones’ comments before the game against Italy, that he wanted them to ‘destroy’ the Italians. 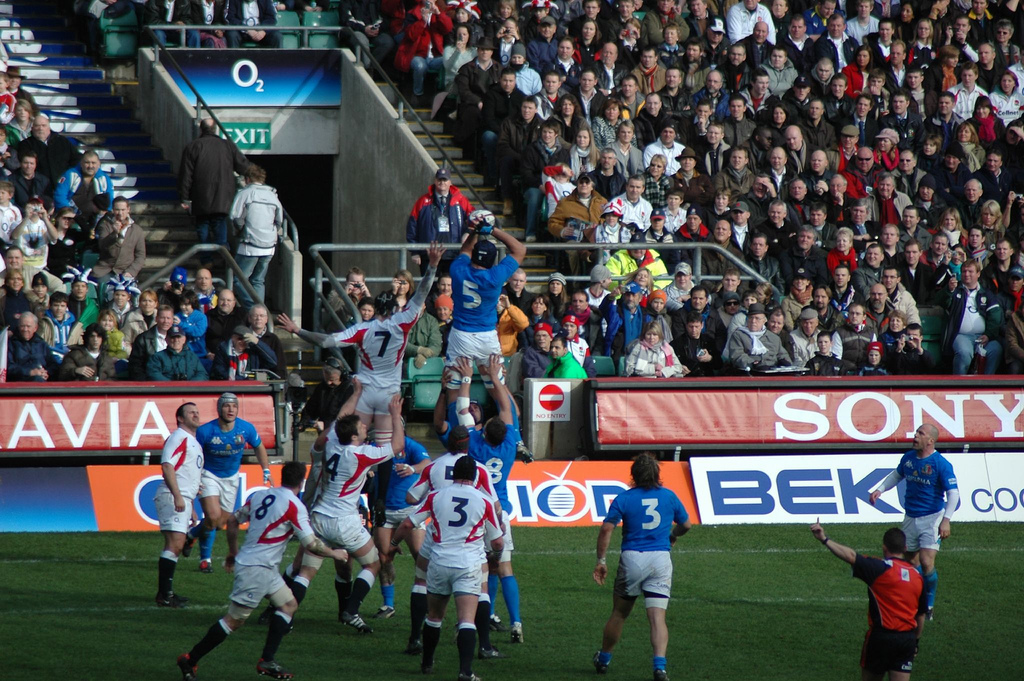 The English eventually triumphed 40-9, after stubborn Italian resistance in the first half.

None of which, of course, materialised.

What we coach on our training courses in Glasgow, Edinburgh, Aberdeen and beyond, is to find an alternative, form of words, ambitious yet respectful:

“We believe we’re capable of winning the game – and to do so we need to tackle harder than ever before and take our chances”.

“Today we play the world champions – but we’ve beaten the best in the world before, and if we can dominate possession, which we’re determined to do, we believe we can do it again”.

Speaking positively to the media and predicting success in public has a number of clear benefits:

2. You instil a sense of belief in your audience.

3. You reinforce the trust you have in your players.

4. If you fail to achieve your goals, you can easily assert what you need to do in order to win (tackle harder, take chances, dominate possession).

5. By projecting your internal goals to the media, you set the bar high and, we strongly believe, significantly increase your chances of success. 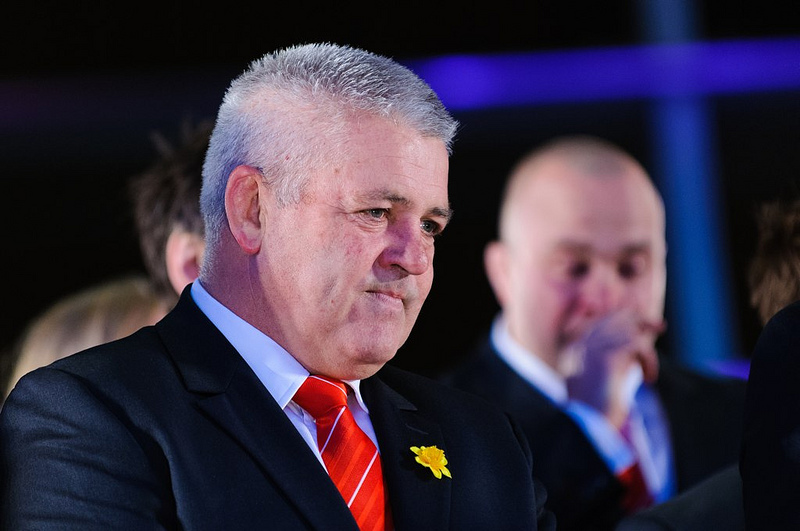 We have a saying at Pink Elephant Communications:

That’s why it was refreshing to hear most of the Six Nations coaches single out their best players for praise.

He asserted his belief that his ‘Mr. Reliable’ Dan Coles was “the best tighthead prop in the world”.

“I thought Jamie Roberts was deservedly Man of the Match. He was outstanding.

He was outstanding last week as well and we saw something special from George North too”.

I can only imagine the positive effect that has on you as a player.

Great leaders single out their colleagues for great praise.

Steve Jobs, CEO of Apple, at the time the most profitable technology company in the world, often talked about having little knowledge of technology.

He said he was useless with an iPhone.

It was his engineers and his designers, he said, that really brought value to the company.

All for one, one for all 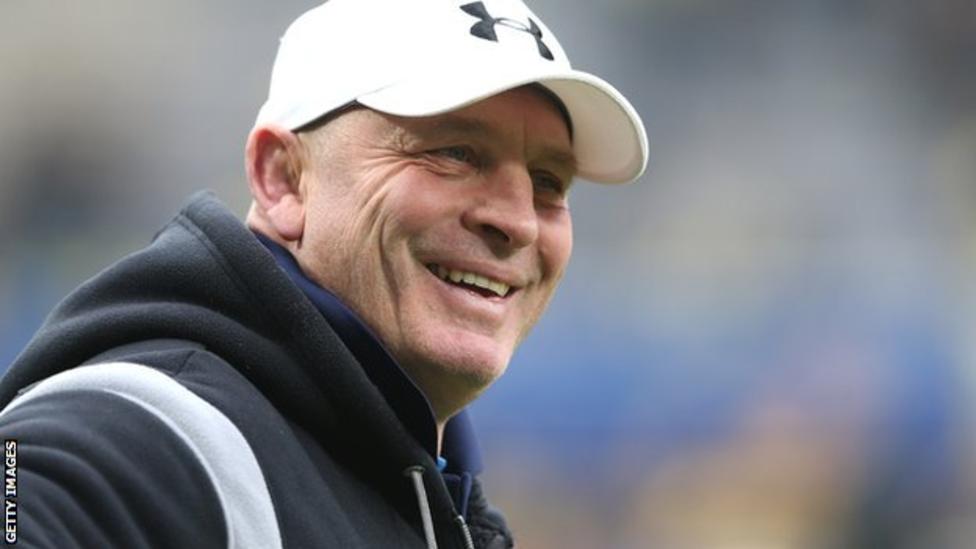 Despite failing to dwell on individual players in his post-match analyses, Vern Cotter has taken a different approach, and one that can be just as effective.

Now you may say that other teams have simply seen better individual displayers from their team members.

I would argue that Scottish wing Tommy Seymour put in a world-class display against Wales, while centre Duncan Taylor scored a superb try and saved a certain Welsh one.

But Cotter’s tactic is different – and that’s to focus on the team as a whole:

“We’re going to stick tight and work our way through this”, he told the Daily Mail.

“We want to be able to get our injured players back on the field and with us as well, because we need everybody.”

It’s hard to argue with his analysis.

As a country, Scotland has the lowest number of registered rugby male adult players, with just over 11,000 to choose from.

That’s even lower than Italy – and less than one tenth of the number registered in both England and France respectively.

You can clearly see the ‘all for one, one for all’ mentality Cotter is looking to foster. 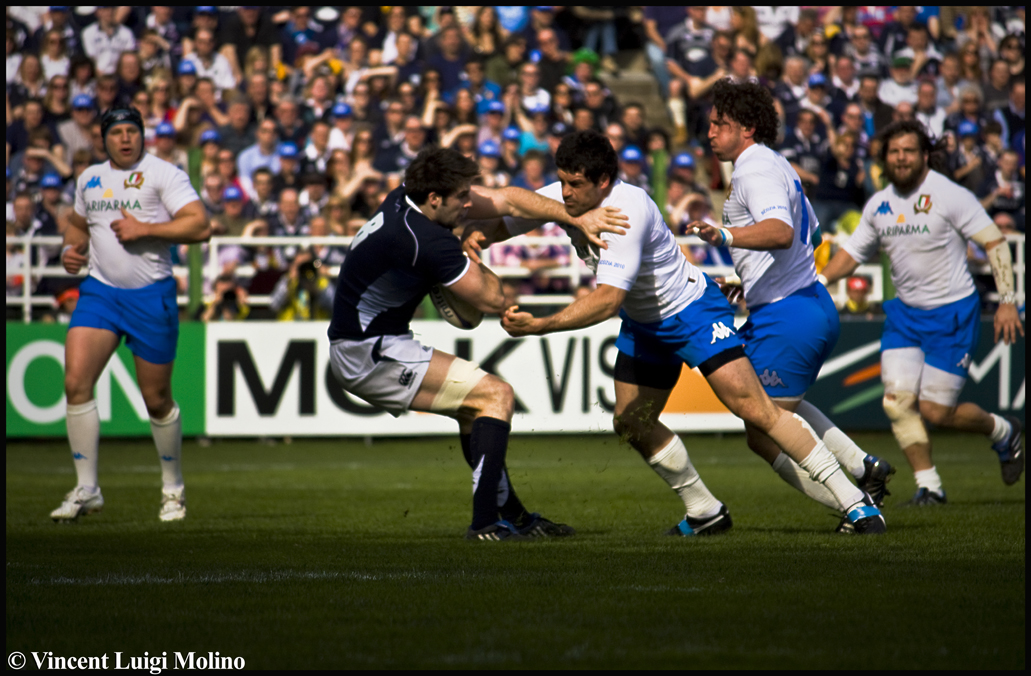 If praise is most effective in public, criticism is surely best reserved for private.

Contrast this to the experience of a certain player at last year’s Six Nations.

After a disappointing performance, it was revealed to us how he returned to the dressing room to be told in front of his team-mates:

“You’re the reason we lost that game”.

If public praise has an overwhelmingly positive effect, the opposite can be said for public criticism.

Focus on what you can control 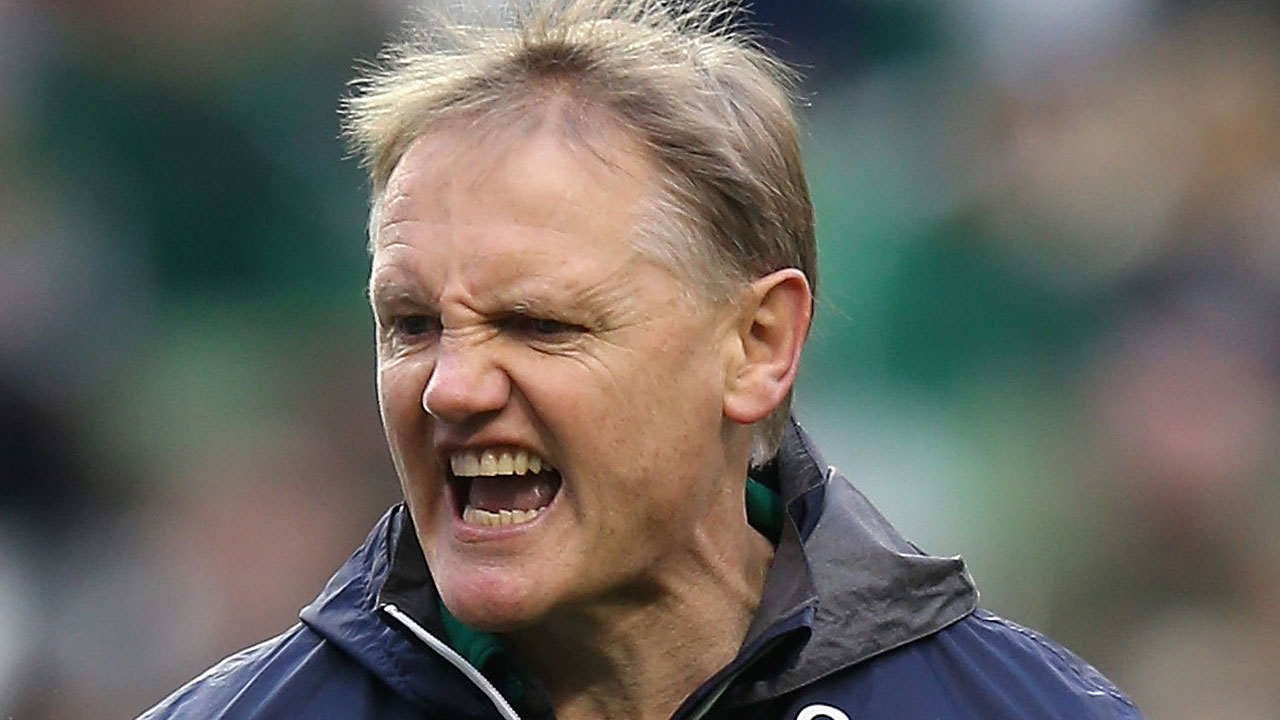 All of this leads us nicely onto Ireland’s coach, Joe Schmidt.

We praised Schmidt in a blog last year, as he prepared Ireland for the Rugby World Cup.

His Test Match record speaks for itself: he’s won 20 of 29 games and propelled Ireland to a ranking as high as 3rd in the world.

However, after Ireland lost Paul O’Connell to injury during the World Cup, Ireland have looked rather leaderless on the pitch.

After their narrow defeat to France on Saturday, Schmidt seemed to be looking everywhere but inward to blame for the loss.

His criticism of the refereeing of the game helped neither him nor his team:

“It just made it very difficult. They really won the game on the back of the scrum.”

Schmidt also pointed the finger at Warren Gatland after they let slip at 13-point lead to draw 16-16.

Wales’ full-back Liam Williams was announced shortly before kick-off as the replacement for Gareth Anscombe, a move widely seen to have strengthened the Welsh team.

When asked about whether he felt that the late replacement amounted to ‘gamesmanship’ from Gatland, the Kiwi’s response was clear:

Gatland later revealed that he and Schmidt discussed those words after that interview, and that he accepted that Schmidt had been caught off guard, not expecting the question to come his way.

Whether calculated or otherwise, you need to be robust when giving media interviews.

If you are 1% unsure of your assertions, you have to affirm that position.

Your answer has to start with one word:

Schmidt criticised both Gatland and the referee in public.

In our opinion, he’d be far better spending his energy focusing on buoying up his players. 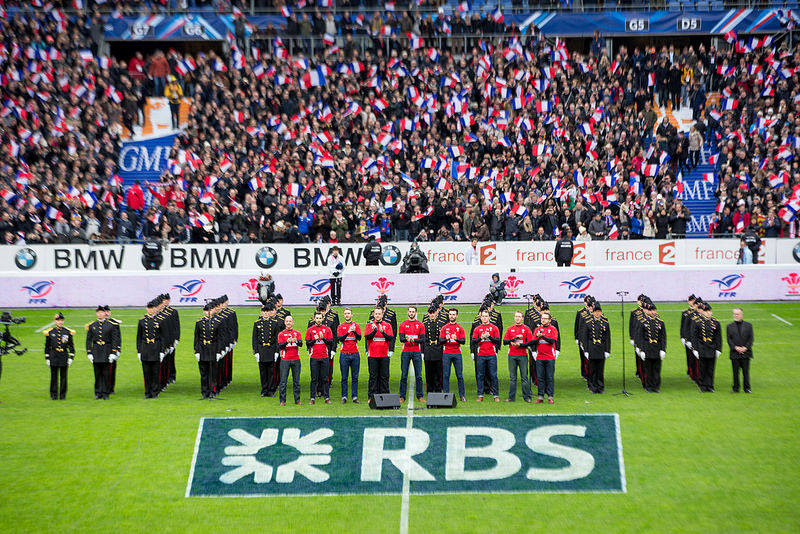 Our Six Nations League Table sees Wales at the top under the tutelage of Warren Gatland.

He’s been positive in a disappointing draw with Ireland and magnanimous in victory over Scotland.

Second is England’s Eddie Jones, whose enthusiasm is clearly infecting his England players.

He’ll do well to temper down some of his language before future games.

While setting the bar low, he’s been very keen to emphasise that Scotland have great performances within their control – and that’s best achieved as a team.

And in last place it’s Ireland’s Joe Schmidt, who seems to be looking everywhere but the training ground for the right answers.

In short, it’s easier to be good with the media when you’re winning games.

But the sign of a great leader is one who can deal with the media effectively come sun, rain, sleet or snow.