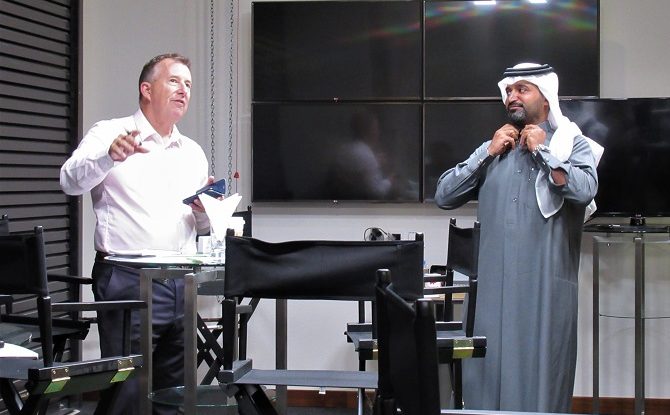 The Gulf in communication

You’re presenting to a new audience.

Standing in front of a group and speaking is something you’re used to.

You’ve done it for years.

But this week will be different.

Because of the audience.

Some are the most senior in their organisation.

Others are among the most junior.

For most, Arabic is their first language.

So how do you adapt? 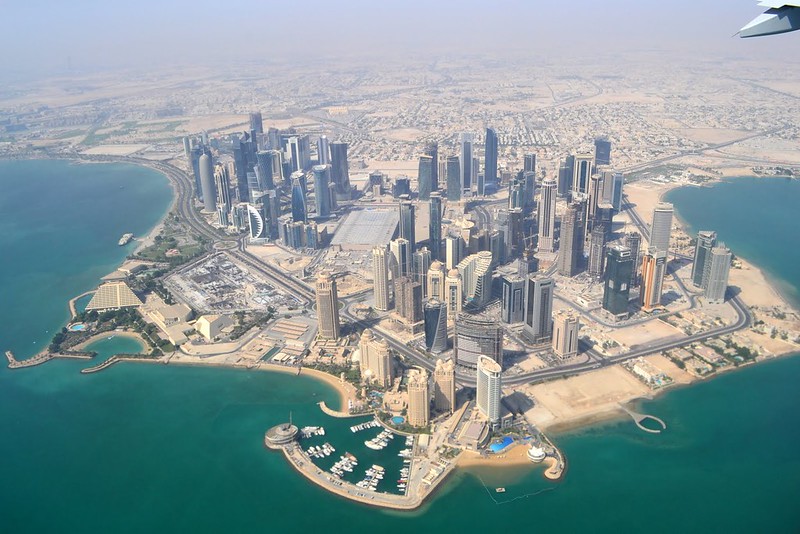 This week, I’m touring the Gulf.

Starting in Doha in Qatar.

Moving on to Muscat in Oman.

Finishing in Dubai in the United Arab Emirates.

The subject matter is my speciality: how to communicate better.

But how should I take account of my audience in two countries I’m visiting for the first time?

A great example of presenting to a new audience.

As ever, the answer comes when you ask the right questions.

Let’s start with an obvious one.

What’s the client’s number one goal?

The number one goal 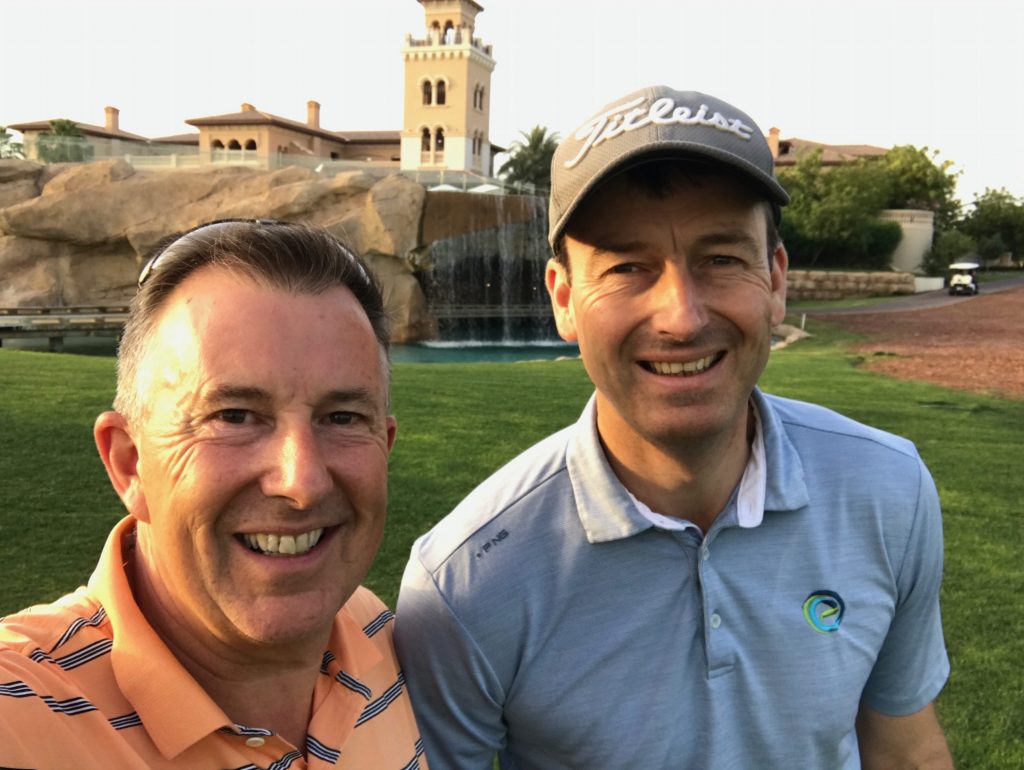 Bill and Mike on the golf course

I first met Mike 25 years ago when he was a teaching golf professional at Gleneagles Hotel in Scotland.

When he moved to the Riffa Club in Bahrain, he asked me to help train his staff.

When he took on the education role in the Club Managers Association of Europe (CMAE), he asked me to present in Malaga.

And his goal is to create a culture of great communication among all member clubs.

So at Doha Airport, he tells me about the 100 staff he employs.

He runs Education City Golf Club in Qatar, next to one new stadium being built for the 2022 World Cup.

And for some there, golf was completely new to them when they took up post.

So one challenge will be to explain the aim of golf simply to investors and potential members alike.

One of his receptionists cracks it.

“You take a stick and hit a ball into a hole.”

Great!  And why would you play it?

“Apart from it being fun, it teaches you to be patient, to stay cool and to get back on track when you mess up.

“All of which applies equally to life itself.”

They’re making my life easy – following rule number one in our book of good communication. 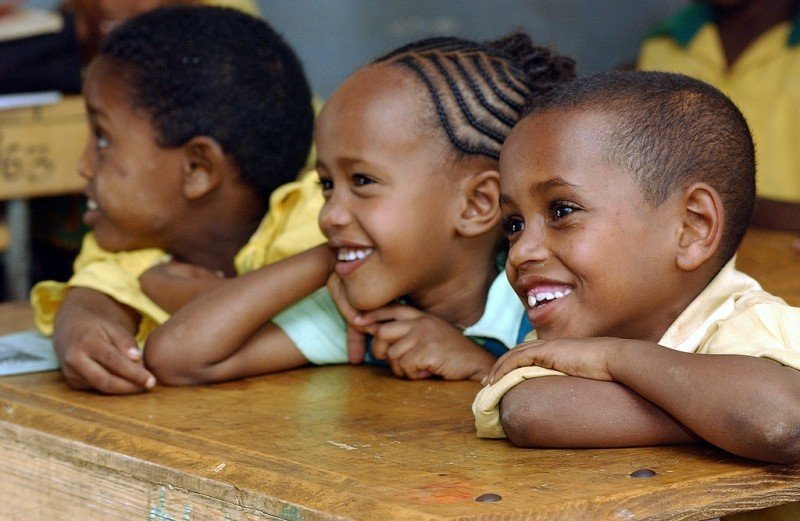 Make sure a child would understand.

Then everybody will get it.

“How should it be delivered?”

He wanted me to repeat what had worked in Bahrain and in Malaga.

So I’ll deliver it in a fun way that everybody will remember.

Instead of PowerPoint, I use video clips.

We’ve collected examples of good and bad communication from across the world.

So I choose the ones which are most relevant for this group.

Particularly because I’m presenting to a new audience, I’ve put in the preparation.

I have a TedTalk with Arabic subtitles.

An economic spokesman from Bahrain.

A clip from former US President Barack Obama.

And I tell stories against myself of getting situations horribly wrong.

Along with examples of clients of ours who’ve used our presentation skills and media training to great effect. 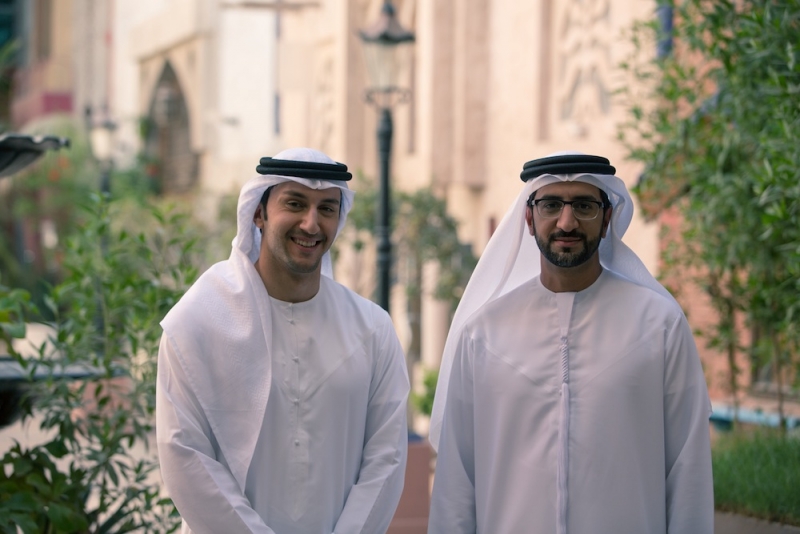 I’m visiting Qatar and Oman for the first time, so I ask Mike.

“What are the cultural differences?”

But his view is that we’re all people who care about providing for our families – wherever we live in the world.

Even though I’m presenting to a new audience, we have more in common than ever sets us apart.

But I ask about the local politics of Middle East countries.

I inquire about the great interest the ruling families show in promoting education in their countries.

So what should be the outcome for each person involved in the training?

It’s the same whether we’re presenting in Dallas or Dubai.

Greater confidence in presenting information to clients, colleagues and owners.

At the Al Mouj Golf Club in Oman, one participant describes his passion for creating a golf tournament for Omanis only.

To create a wave of enthusiasm for golf in Oman.

He has a dream – and he’s determined to make it a reality.

So we add detail to his outline – and suddenly the picture begins to emerge. 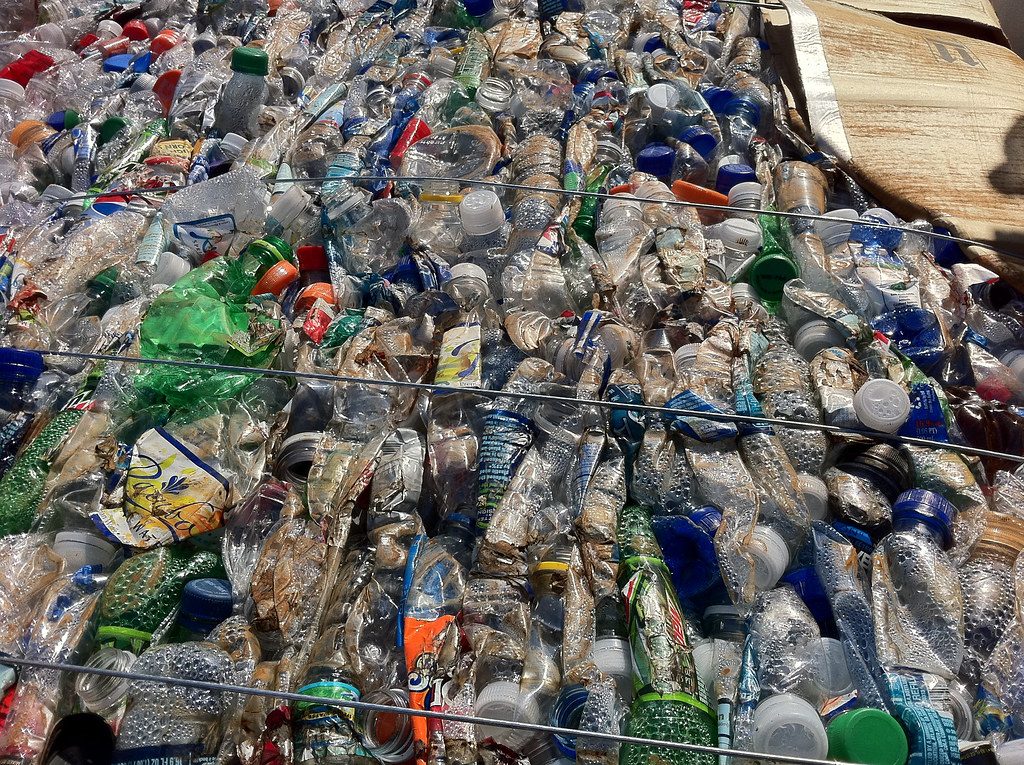 When we meet at Jumeirah Golf Estates in Dubai, people have travelled from across the region.

From Egypt, Abu Dhabi, from Saudi Arabia and from other emirates.

Although I’m presenting to a new audience, the issues are the same.

We see them in our training sessions across the world.

How do we best explain changes coming up?

One club manager wants to stop giving out water in plastic bottles in every golf cart.

It’ll save 150,000 bottles being used and immediately discarded each year.

But people can resist change – so we need to emphasise that the water itself will still be free.

And club members will be given their own club-branded re-useable bottle.

That answers another question.

How do I seize the moral authority?

If you’re helping to save the planet, that’s a good start. 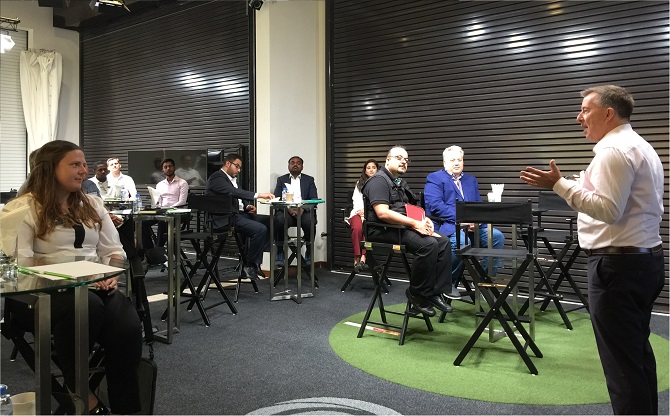 In between the trainings, Mike and I play golf in each of the countries.

And I’m pupil rather than trainer – because he knows how to teach golf every bit as well as how to organise trainings.

He re-enforces several things in our matches:

It all sounds rather like our presentation skills courses.

So how did the training go in the Middle East?

It may have been presenting to a new audience, but we learned many familiar lessons.

We saw new staff explaining the benefits of the golf clubs – rather than just the facilities.

Experienced staff realised they looked and sounded more confident than they felt when playing back their recordings.

But the highlight for me was seeing one young woman presenting for the first time ever.

She was nervous about attempting her short presentation.

But when she spoke, the strength came into her voice.

Her enthusiasm grew as she gave examples of success.

And when she sat down, she told the audience she was delighted at her breakthrough.

We’re the same across the world.

We just need to release the potential within.

And I’ll remember that on the first tee in Dubai tomorrow morning in my last game of golf before flying home!