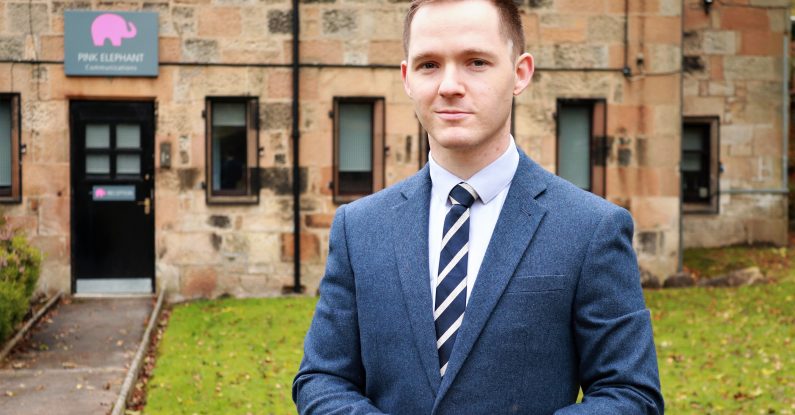 Demand for presenter training has shot up since the coronavirus pandemic.

Overnight, many of us went from pitching in boardrooms to presenting from our bedrooms.

There were so many new aspects to consider.

Your background, lighting, audio and framing, as well as how to make eye contact with the audience.

Presenting in a virtual setting has a lot in common with presenting for television.

Something I started doing almost a decade ago.

So here are five tips to help take your presenting to the next level. 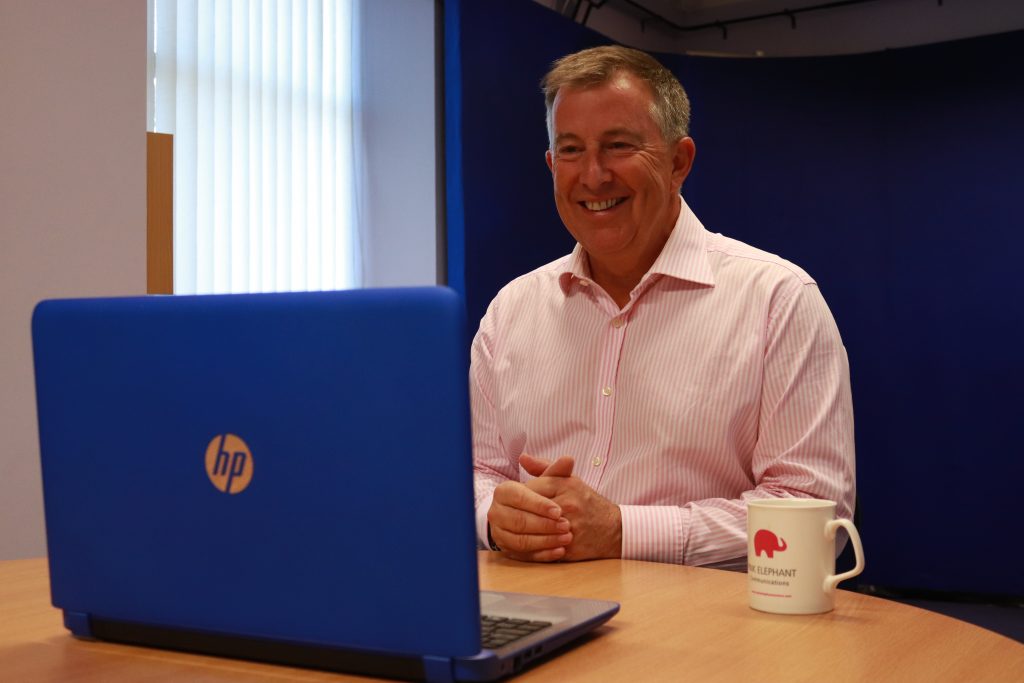 This is the biggest issue I find with people on virtual calls.

Most people present to the screen in front of them.

Because, of course, that’s where all the faces are.

But this is a mistake.

Because your audience is the camera lens.

If we were meeting in person, you’d be looking at faces.

But to make ‘eye contact’ with your viewers, speak to the webcam.

It’s exactly the same as TV.

It’s how we speak to our audience watching at home: by talking straight down the lens.

This will feel strange or uncomfortable to start with.

But it’s the first step towards improving your audience engagement. 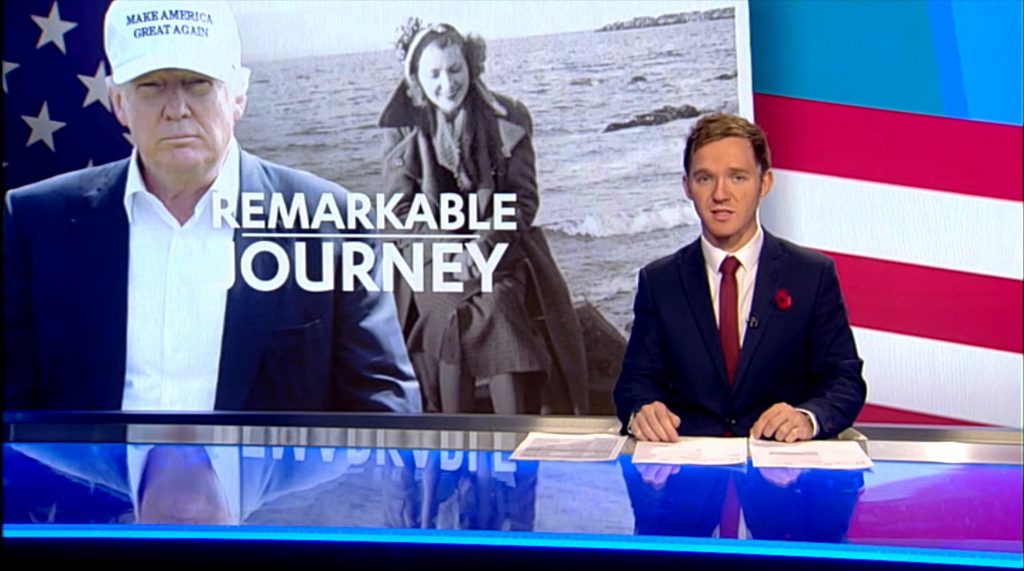 I’d be unable to tell you how many times technology failed me in television.

A video package refused to play.

We lost connection with a reporter outside Celtic Park.

The autocue randomly shut down.

But if you were watching at home, you’d have been unaware that all hell was breaking loose.

It’s because we had backups and a Plan B for every eventuality.

Video package failed? Move on to the next item, return to it later.

Lost connection with a reporter? Fill for time and tell the story until they’ve rejoined.

Autocue gone down? Use the printed scripts in front of you.

You can do the same thing.

For example, you can go into your presentation expecting your Share Screen to fail.

Have notes on hand to explain what the slides would have shown.

Practice talking your audience through it.

Then, if something does happen, your presentation can continue seamlessly. 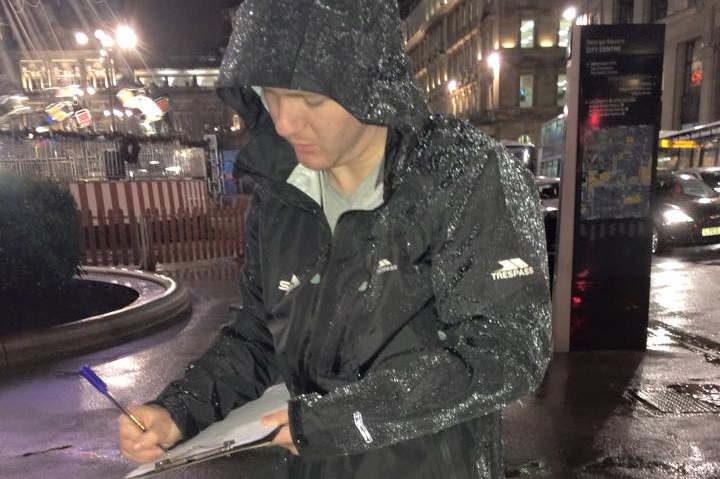 Over time, I learned my favoured method of preparation was memorised bullet points.

It meant I could focus on the camera lens the entire segment without looking away at my notes.

But every reporter was different.

Some swore by writing and memorising an entire script.

Others preferred to report with a microphone in one hand and a notepad in the other as a backup.

For a select few, a combination of the two.

You’ve got to learn what works best for your style.

But remember the camera is always on you.

You can prop your notes up on the screen just below the lens.

Or load them up in a Word Document and minimise your Zoom window.

Both of these methods will allow your eye contact to remain strong throughout. 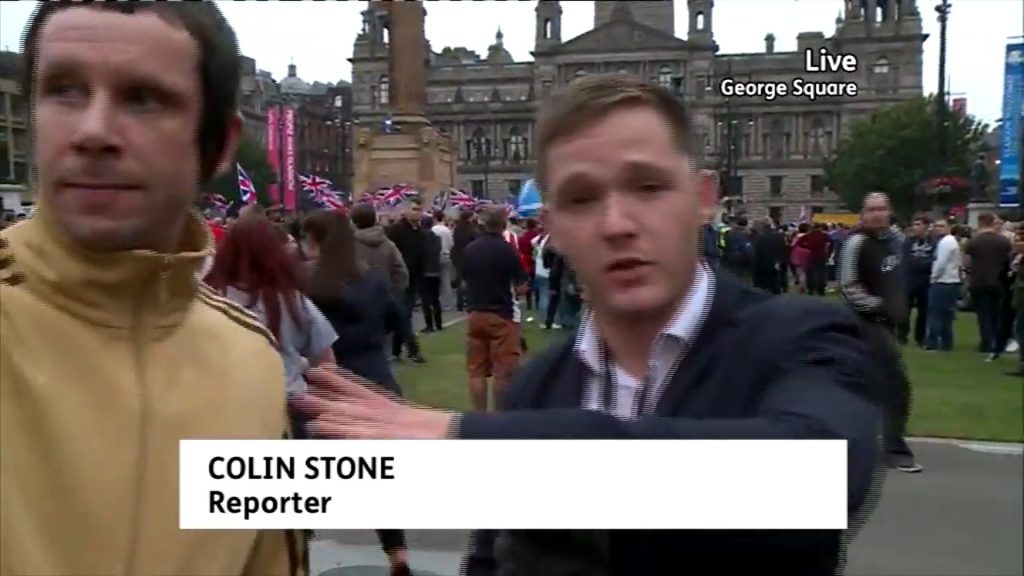 I remember the first time I was heckled on live TV.

It was at George Square the day after the 2014 Scottish independence referendum.

I’d been reporting on clashes between rival groups in the wake of the vote.

In my first segment, a man shouted an expletive into my microphone.

It visibly threw me off and I stumbled over my apology for any offence caused.

By the time a fourth person had sworn on camera an hour later, I’d nailed the apology spiel that followed.

Let’s take this to a virtual setting.

First, make every effort to close off potential background distractions.

But if your doorbell goes mid-presentation or a pet wanders into shot, avoid letting it derail your train of thought.

Robert Kelly’s viral interview from 2017 is a hilarious example of how it can go wrong.

A brief explanation is all you need before you pick up where you left off.

Here’s a great example from another BBC interview of taking an unexpected interruption in your stride.

5) Be aware of live microphones 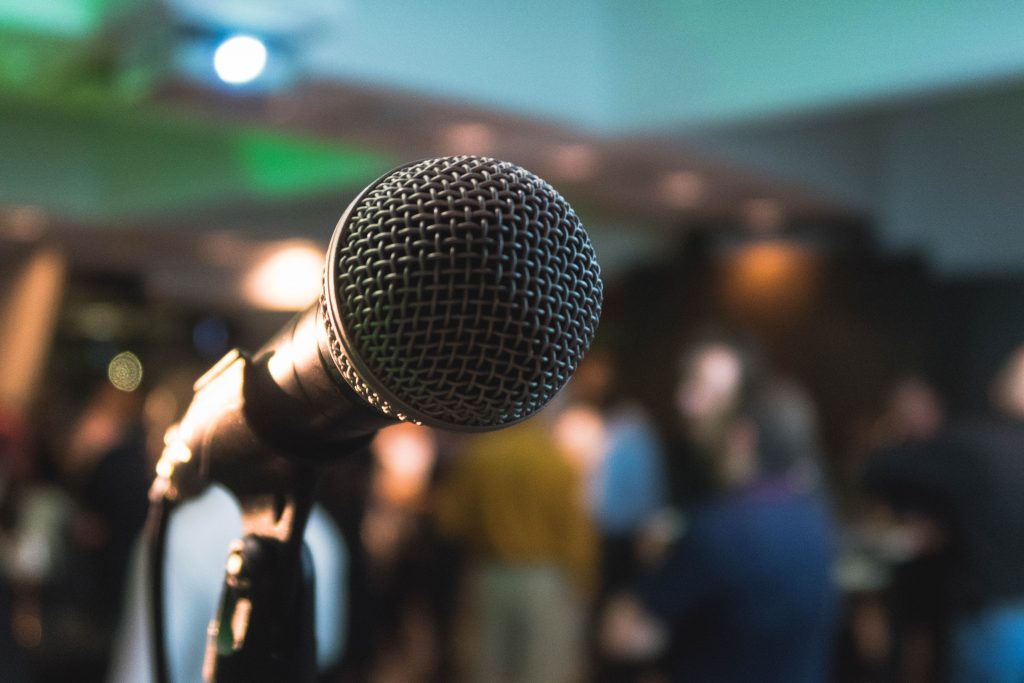 There’s a rule in broadcast media.

If you’re in a room with a microphone, only say what you’d be happy being broadcast.

At Radio Clyde, there were several small studios with microphones in them.

You may have had every confidence that everything was off, but you were unable to say for sure.

You’ve got to apply the same rule on virtual calls.

Being caught out can lead to severe professional embarrassment.

As was the case for Holywood director Matthew Vaughn.

And this poor individual visiting the ladies’ room mid-call. 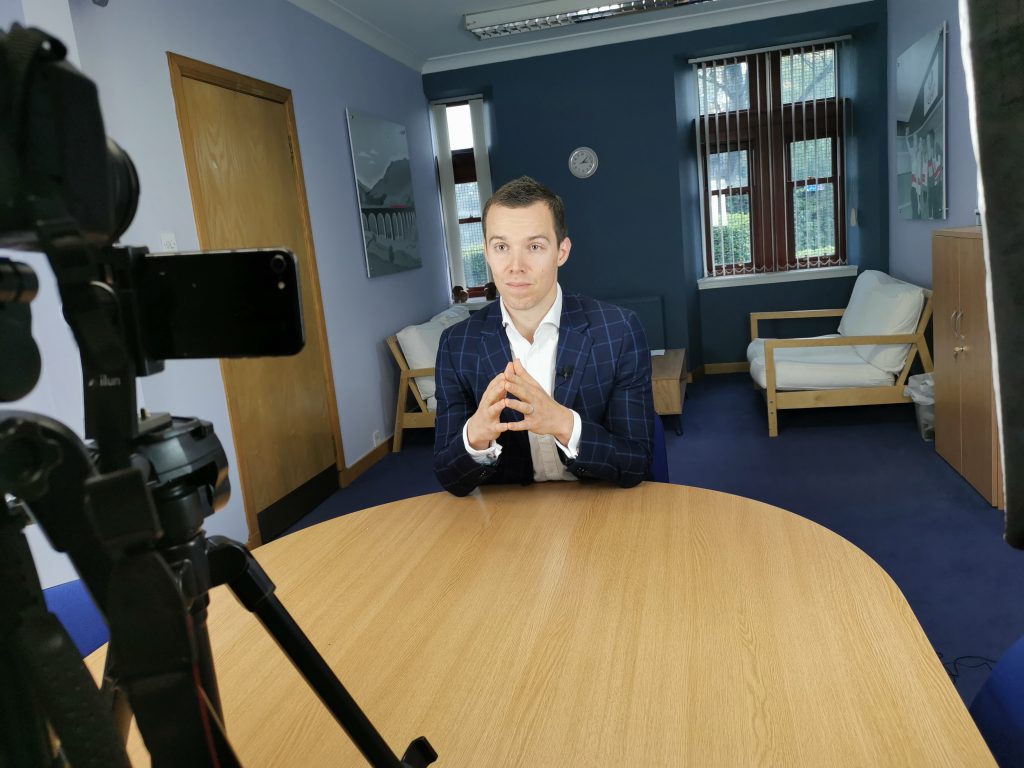 If you feel you need more than five tips in a blog, send us an email today.

We’ve been running presenter training courses for more than 30 years.

In five continents and now virtually too.

As well as in an e-learning video course which you can go through at your own pace.

We’ll take you through our Golden Rules of Communication to begin with.

Then we’ll have fun putting them into practice.

Our goal for these presenter training courses is simple.

To leave you feeling more confident than when you started.

Get in touch to find out how we can help you or your team.

Colin Stone is a Senior Trainer & Communications Lead at Pink Elephant.
You can learn more about him here.

Photos in Presenter Training blog by Pink Elephant Communications and Colin Stone.
Screenshot in 2) Expect technology to fail and 4) Prepare for the unexpected courtesy of Scottish Television.