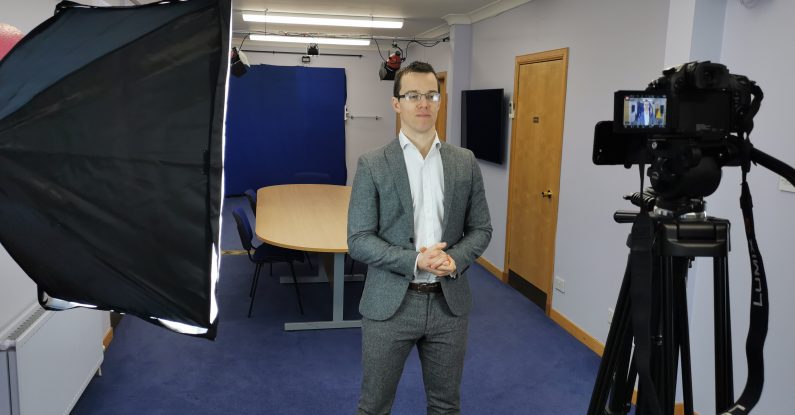 The course was held in a training room next to Glasgow Queen Street Station for a group of Scottish athletes.

Each of them were preparing for the upcoming Olympics and Commonwealth Games.

At 23, I felt out my depth. I could talk a good game but did I have the answers to their problems?

Was I good enough to be there?

As the day developed, I realised everyone around the table felt the same way.

It’s a problem we face in Glasgow and around the world.

Here are five lies we tell ourselves during presentations.

And the antidotes to each.

1. “I have an indecipherable accent” 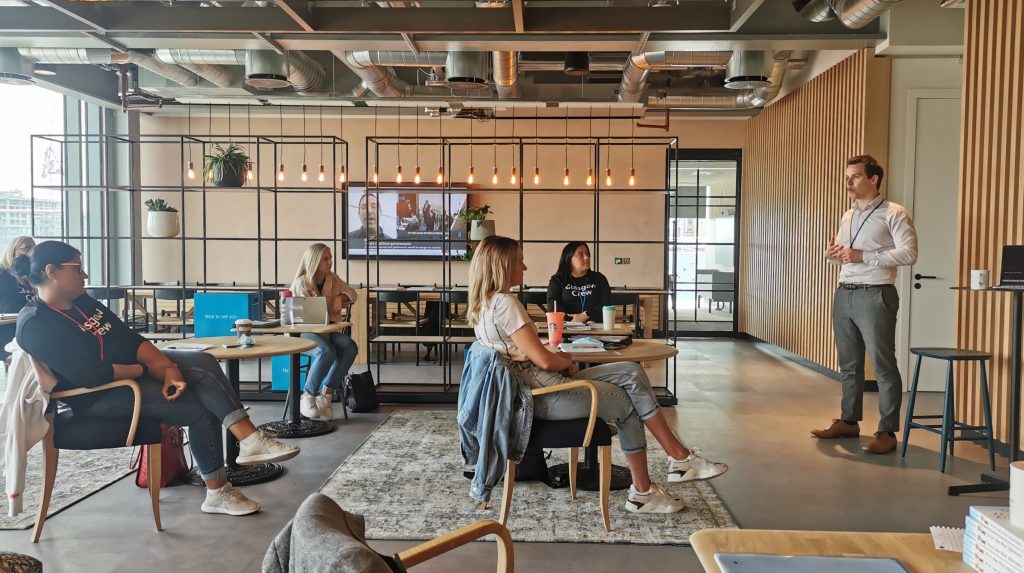 You have a Glasgow accent.

The ‘indecipherable’ part is an opinion.

Every accent in the world is understandable if it’s spoken slowly enough.

Since 2011, I’ve had the privilege of working in Spain, France, Germany the US, Switzerland, Sweden and Azerbaijan.

Every single person, if slow enough, was good enough.

The problem in Glasgow and the west of Scotland is the pace.

With the athletes, the speed was firing out quicker than a ScotRail express train.

Quicker than they would have burst out the blocks in London 2012 and Glasgow 2014.

They all slowed it right down so you get all the Glasgow, but at a pace you can absorb.

Their presentation skills are superb.

The number of call centres in Glasgow, Leeds, Newcastle and north Wales suggest people are enamoured by regional accents.

So enhance your presentation skills by turning up the Glasgow and slowing down you. 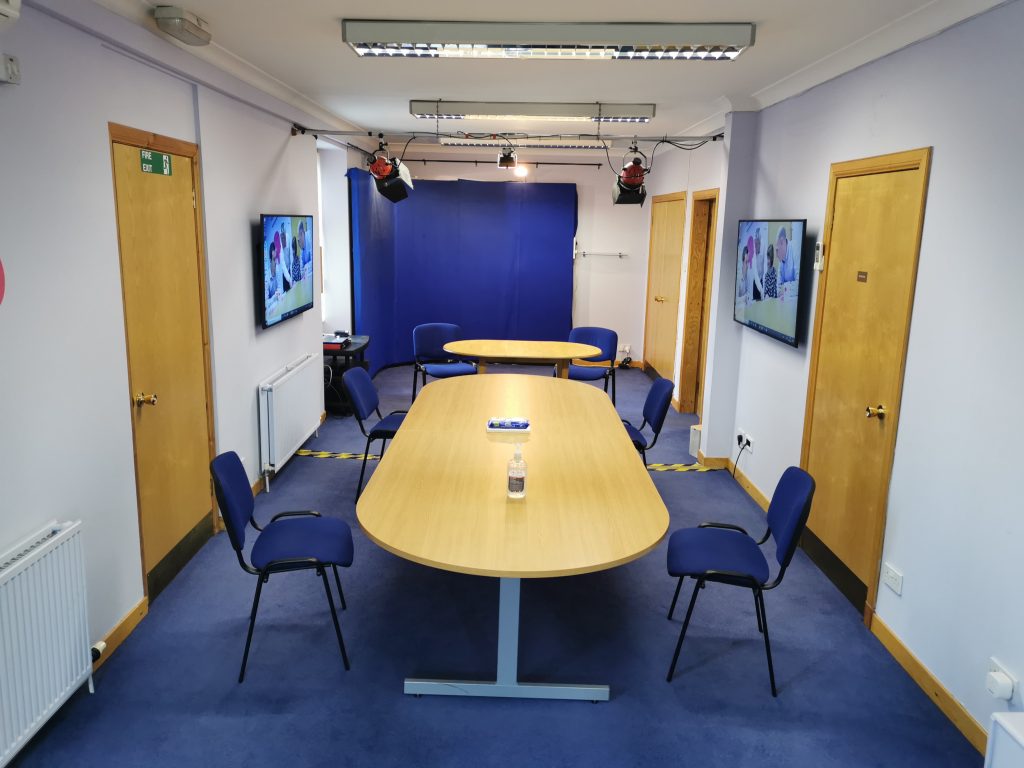 The belief that your entire audience holds you in low regard and wonders how you’ve cheated your way into your role.

You feel like you’re about to be found out at any moment.

In Glasgow, it can reach epic proportions.

As we introduced ourselves round the table in that Glasgow hotel, I remember one athlete declaring:

“Me neither. I’m not even an athlete!”

Both were eager to lower expectations in case they crashed and burned.

Similar starts to presentations include:

“I won’t take up too much of your time…”

“This is just a wee update…”

This was the equivalent of each athlete tying their shoelaces together at the starting line.

They were increasing their chances of failing in their presentations by setting low expectations.

If you’re asked to make a presentation, remember a simple fact:

You’re the expert in the room.

So embrace it, and tell your audience in the first ten second the most important thing to them.

“Let me show you how we’re making this a better place to work.”.

“You’ve all told us how you’d like to work after Covid. We’ve listened, and today we’re proud to announce…”

“I want to make sure your voice is heard.”

That’s the equivalent of bursting out the blocks. 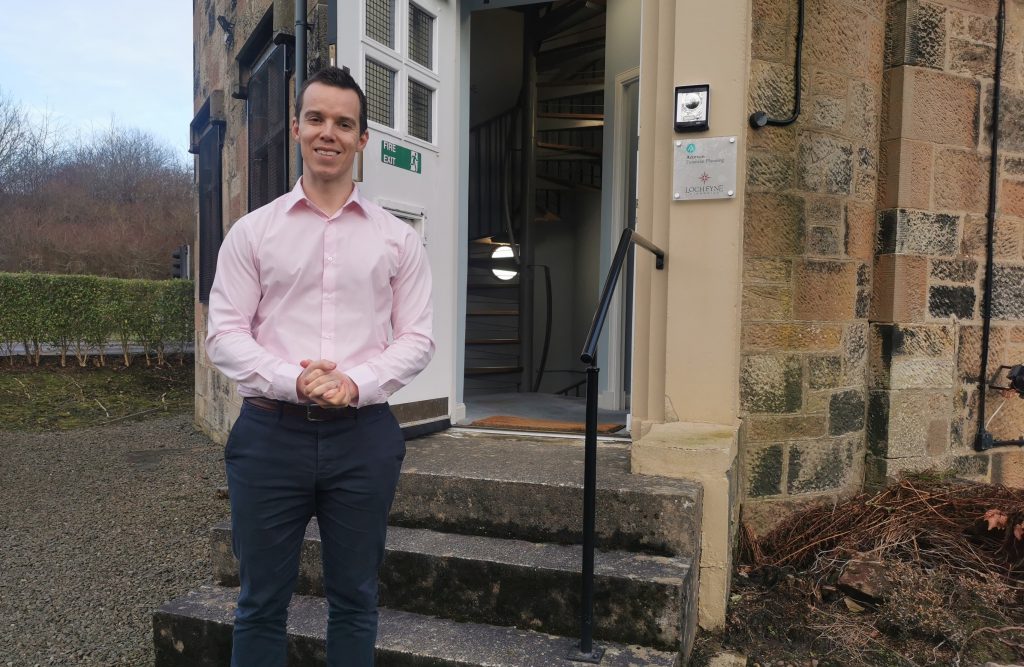 Think of someone in your work who you consider to be a natural presenter.

Someone who has always been good, and appears to effortlessly present to a crowd.

Now ask the person if they’ve always felt that way, or if they’ve worked hard to become ‘natural’.

In 11 years, I’ve yet to meet a naturally gifted presenter.

Everyone I meet who is exceptional has a story to tell, with bumps along the way.

The best presenters often have traumas along that journey.

Awful stories of presentations going so badly that they felt like giving up.

Yet like all things, by persevering and learning from the difficult moments, they became stronger and more competent.

I was once interrupted by my boss asking how many more slides the presentation had.

Another time, I thought my microphone failed during an investment pitch, so stopped completely while I attempted to fix it (the mic was fine, and my audience heard a couple of ugly words along the way).

Everyone is on a journey and everyone can be a good presenter. Me, you, and my audience in Glasgow. 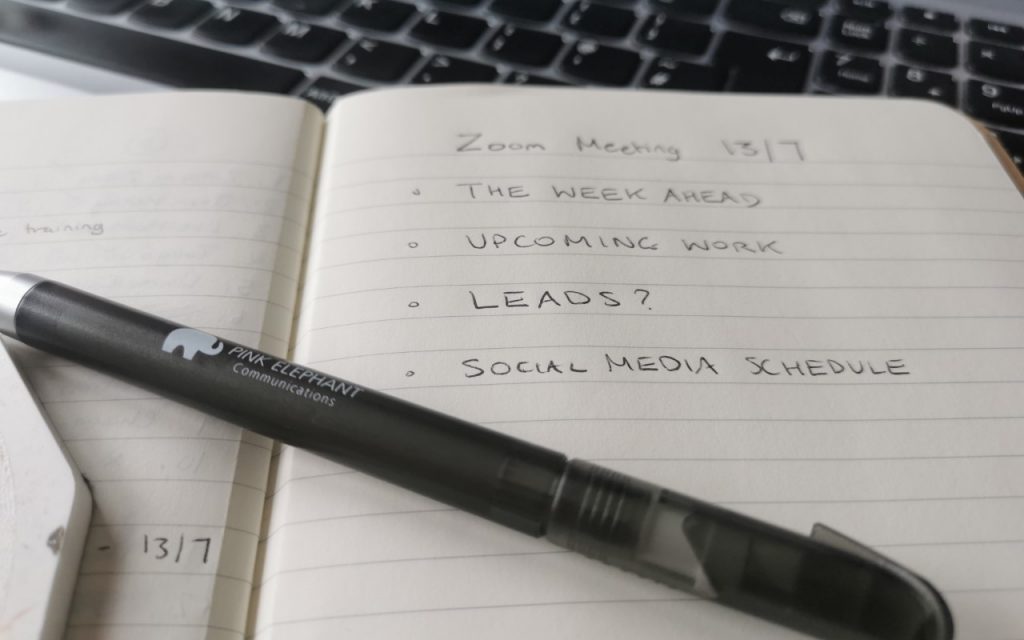 Now this one has some truth to it.

Biologically we’re programmed to freeze under intense moments of anxiety.

It’s the first stage of what’s commonly known as ‘fight or flight’.

Its full form is ‘freeze, fight or flight’.

If caveman found himself face-to-face with a bear (his biggest fear), his instinct was to freeze to avoid detection.

We share the same trait, hence the words escaping you as you open your mouth in front of hundreds of people (our biggest fear).

By practicing your first line over and over, you’ll significantly increase your chances of breaking through the freeze stage.

Now to work on the fight or flight part.

The body responds to an audience in the same way caveman did.

You’re overwhelmed by adrenaline, moisture begins to leave your body through your hands, the throat dries up.

The face goes red and our hands begin to shake.

So reverse the process. Work on that first line of your presentation and slow down to take breaths.

Use a warm phrase like “I’m really excited to be here”.

Now you’re telling your body to be excited rather than anxious, and it’s more likely to respond positively. 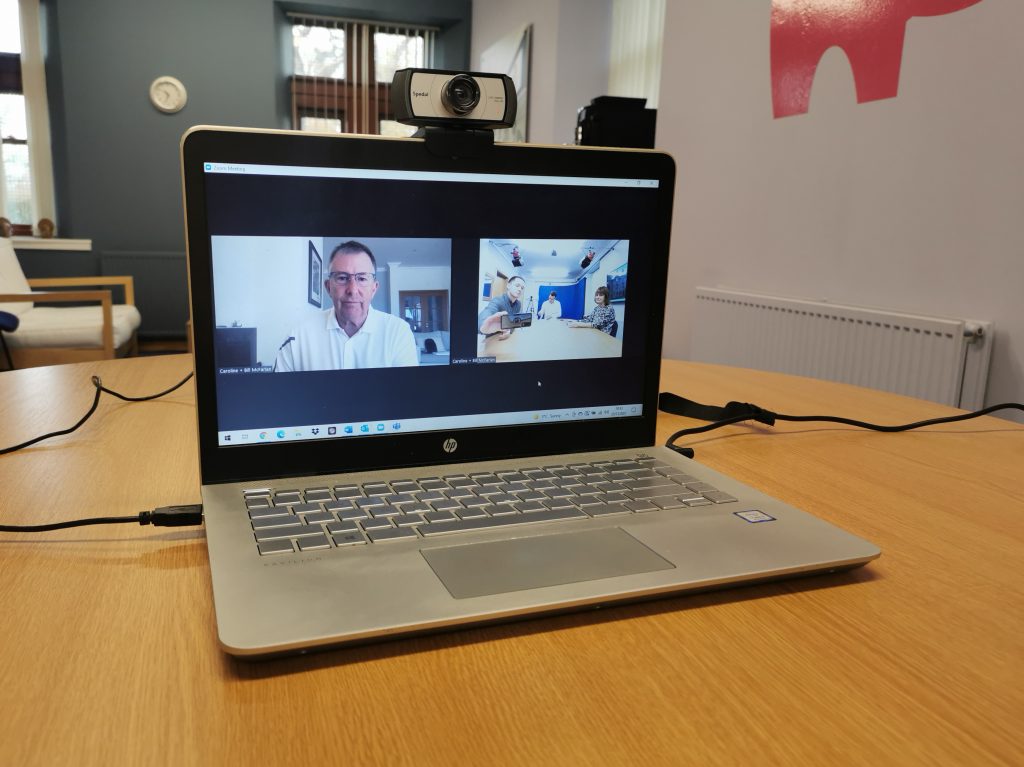 Our relationship with questions fascinates me.

In that 2011 training session, I asked the athletes some difficult questions:

“How will you finish in your race?”

“What’s the exact population of Suriname?”

“What’s more important to you: success or happiness?”

Research shows that when we’re asked a question, we’re consumed by it.

We’re unable to think of anything other than the answer.

That’s why we let down our guard and inadvertently pull a silly face.

Or we take a step back and produce an elongated ‘errrrrr’ sound.

We simply forget about how we’re coming across.

And then, even worse, we become so uncomfortable with our own inability to answer the question properly that we make something up.

And just like that, the Imposter Syndrome kicks back in and we’ve confirmed to ourselves that we’re inadequate.

So here’s a way to break the habit and form a new one.

I coached the Glasgow athletes to deal with the answer first:

From there, you can go wherever you want.

Use it as an opportunity to reinforce a point you made earlier, or go somewhere new that you were unable to in your short time presenting.

And knowing the five Direct Answers circumvents the weird facial reaction and non-answer.

Bonus round: “That’s everything you need” 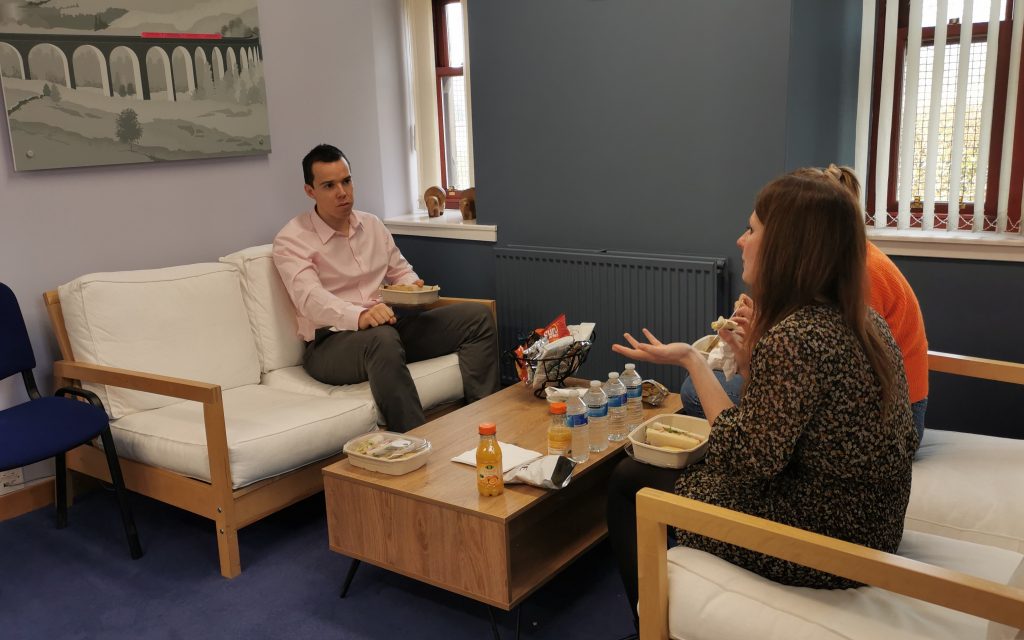 The final myth: that the above is comprehensive, and you’re good to go.

Everyone is a work in progress.

And there are so many moving parts to presentations.

That means you have to work on them every single day.

And treat every new audience and presentation with the respect they deserve by starting from scratch every time.

Some people are poor presenters due to a lack of effort or preparation.

Others are exceptional, despite their inaccuracies, their stumbles and their anxiety.

Show your team and your colleagues a different way by being exceptional.

And that starts, in Glasgow, Edinburgh, or anywhere, by reminding yourself you deserve to be there.

Remember, of course, that we can help you with the rest.

Or, if you’d prefer e-learning at your own pace, we’re offering a 25% discount on all of our Pink Elephant Academy courses.