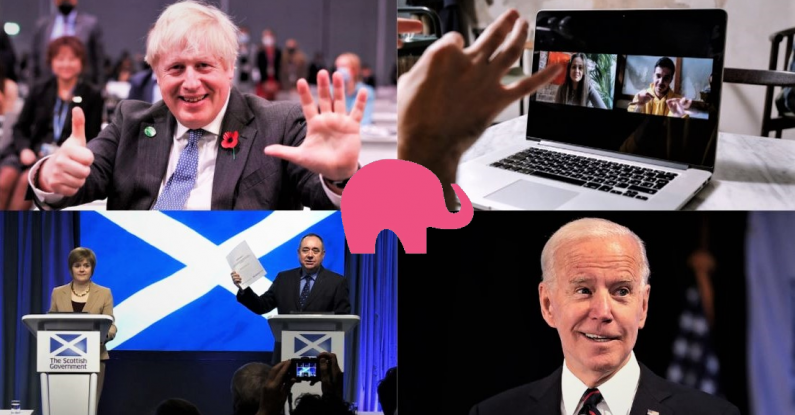 Politicians, actors, and athletes told us all the things that they weren’t.

While also mentioning things they would never say and certainly wouldn’t do.

And journalists wrote news headlines based on these quotes.

It’s the power of the pink elephant.

In our definition, any highly-visual unnecessary negative is what we call a pink elephant.

As in: don’t think of a pink elephant.

Please do not think of a pink elephant behind you.

And that’s the problem.

Whatever follows the unnecessary negative language is the very picture an audience is left with.

Spotted any better ones? Let us know. 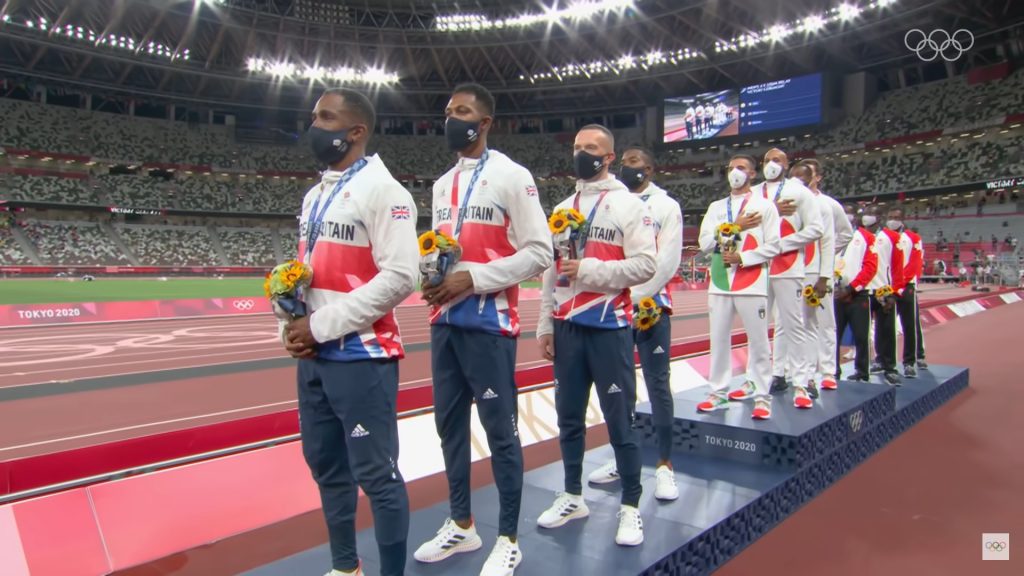 A positive drug test can leave a dark cloud over any athlete’s career.

Days after helping his Team GB teammates to a 4x100m silver medal.

Two banned substances were found in the 27-year-old’s sample.

Speaking to the PA news agency in the wake of the news, CJ said:

“To be absolutely clear, I am not a cheat and I have never and would never knowingly take a banned substance.”

And now we’re talking about being a cheat and taking a banned subtance.

His B-sample tested positive a month later, and he’s now facing a court appeal to clear his name. 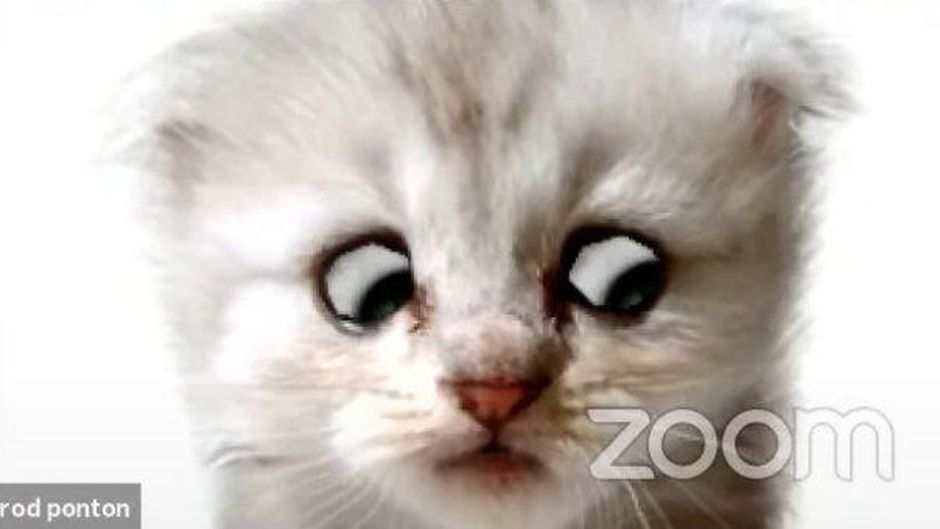 It’s worth watching again out of sheer enjoyment.

We’ve all experimented with fun virtual filters in the past.

It’s much less fun, however, when you’re a lawyer representing a client in a court case.

Texan lawyer Rod Ponton was left bewildered by the situation as he joined the Zoom call.

As the BBC explained, he’d inadvertently used decades-old technology to give his feline appearance.

The quote will live on in digital history forever.

Attempting to clarify what was going on, Mr Ponton said:

While it’s far from the worst pink elephant on this list, it’s certainly one of the most memorable. 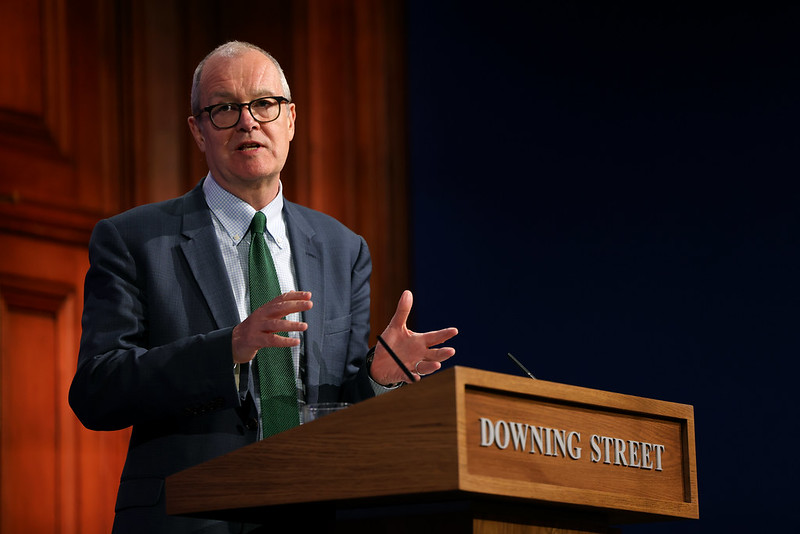 Our list would be incomplete without a Covid-19 reference.

It’s been the story dominating our lives since March 2020.

In fact, a quote on the vaccine creation took the top spot of last year’s list.

This time, it’s a pink elephant from the UK Government’s chief scientific adviser.

Sir Patrick Vallance has been a familiar figure on our TV screens here.

His role involves giving advice to the Prime Minister and his colleagues to help them make big decisions.

But explaining what he did on BBC Radio 4, he said:

So what is his job?

It’s another example of how negative language can take you down unnecessary rabbit holes. 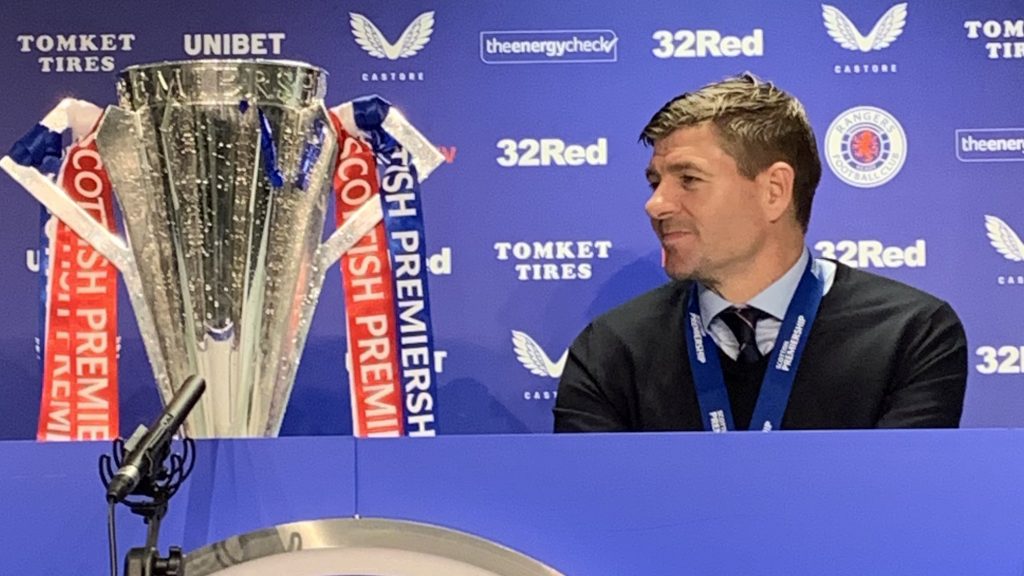 You’ll get a dozen different views.

In March, the former Liverpool captain led the Ibrox club to their first Premiership title in a decade.

Many supporters were suspicious of the decision.

Others suggested he had his sights set on returning to Liverpool as their manager.

Which the current boss, Jurgen Klopp, has since explicitly stated.

Gerrard was clearly aware of this chatter, and wanted to shut it down at his first press conference.

But in doing so, came out with this baggage pink elephant quote: 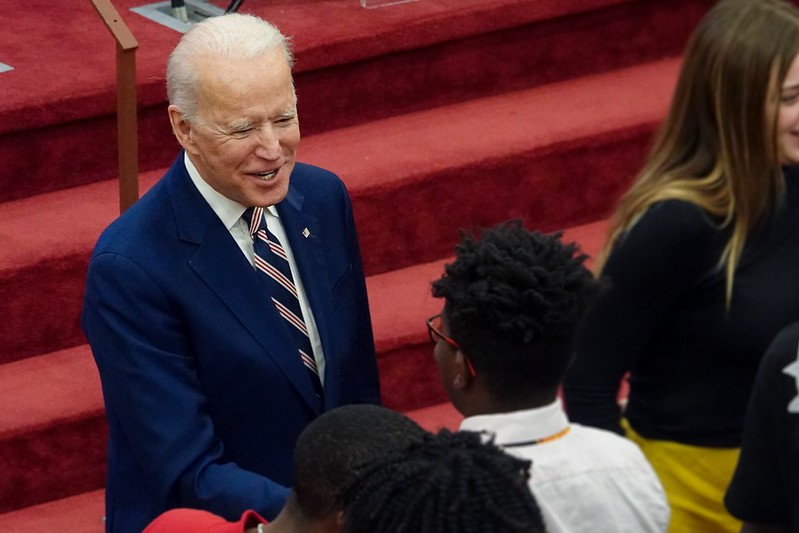 Our quotes begin to take a turn for the worse here.

Particularly when it’s dealing with as serious a topic as this.

Following 20 years there, the US announced in August it was withdrawing from Afghanistan.

The UK and other allies quickly followed suit.

What followed was, by all accounts, a fortnight of chaos at Kabul Airport.

And months after the evacuation efforts ended, US President Joe Biden is still defending the decision.

But four months earlier, it was Biden himself who came out with a memorable pink elephant quote.

And it set the tone for what was to follow in August:

Speaking about Afghanistan from the White House briefing room, he said:

“We will not conduct a hasty rush to the exit.”

For many observers, that’s exactly how it happened.

In his speech, Biden laid out how he envisaged the withdrawal of their troops.

But because the pink elephant quote was so visual, the ‘hasty rush’ became the headline. 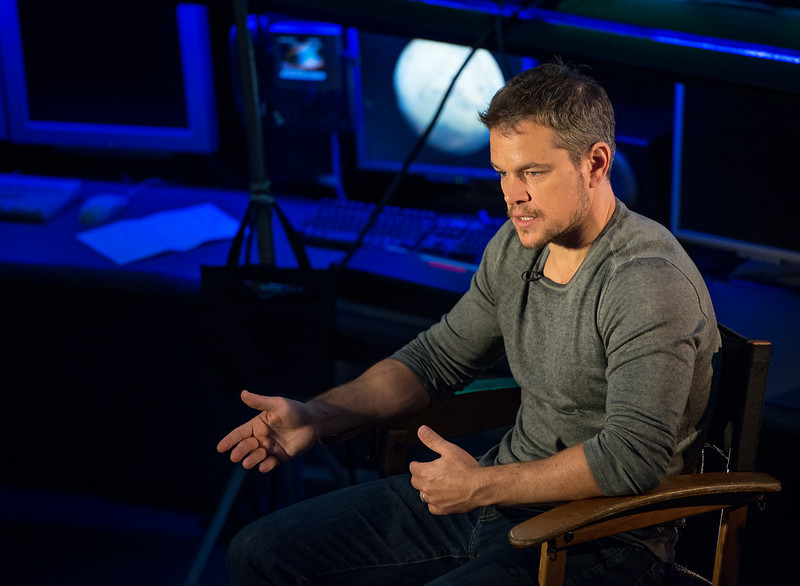 It’s difficult for any actor to fully recover their reputation in the wake of serious allegations.

Mel Gibson is still in Hollywood, but his anti-Semitic quotes remain fresh in the memory.

And I fail to see a world in which Kevin Spacey returns to the big screen.

I’m certain though, in the long run, that Matt Damon will be fine.

He’s a likable guy and a very good actor.

But this particular quote made headlines for all the wrong reasons.

This, understandably, caused a backlash from people who were shocked he used it in the first place.

In an attempt to clear the air, he said:

“This conversation with my daughter was not a personal awakening.

As a journalist, I can then turn this quote into a headline.

It’s the danger of the pink elephant. 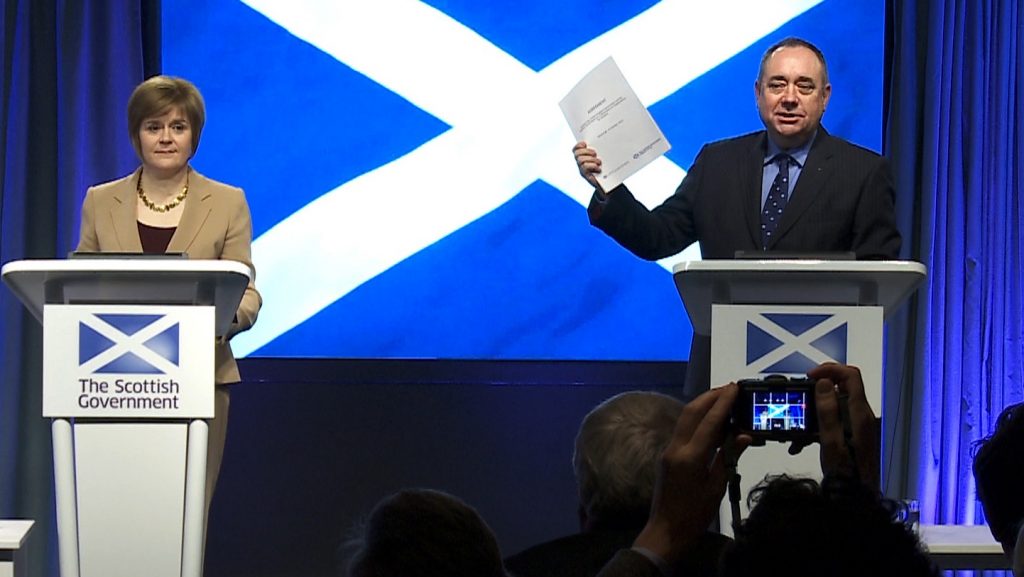 I doubt this heavyweight political battle is over.

The courts may have concluded their business, but Scottish independence remains on the table.

And both the current First Minister Nicola Sturgeon and her predecessor play huge roles in that fight.

In 2021, they fought each other with their words.

A Scottish Parliament committee began investigating how the allegations against Salmond were mishandled.

And in a much-anticipated appearance days later, Nicola Sturgeon had her chance to respond.

Clarifying her position on the sexual assault allegations, the First Minister said:

“I had no motive, intention, desire – to get Alex Salmond.”

Now while this may be accurate, the problem is the negative language.

The pink elephant reinforces and fuels the idea that she did have a motive or desire.

And once again, it became the headline. 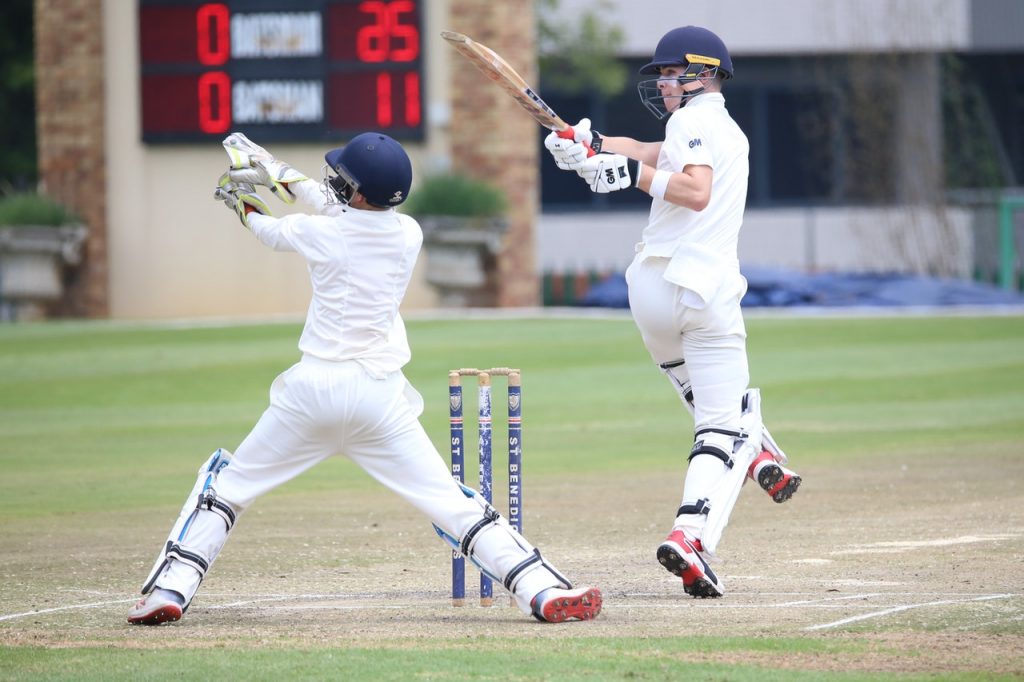 And it culminated with a quote which reinforced the perception of racism at the organisation.

It started in 2020 with Rafiq speaking out about the ‘institutional racism’ he experienced during his time there.

14 months and a Parliamentary inquiry later, several board members had quit.

Sponsors were severing their ties.

More players started sharing their stories of victimisation and bullying.

But on his way out, he gave an interview to the BBC, leaving us with this quote:

“I’ve not personally met anyone that I would consider racist at Yorkshire County Cricket Club.”

So does that imply they exist but he just hadn’t met them?

It’s a bad quote in a story full of them.

2. No need to panic-buy petrol 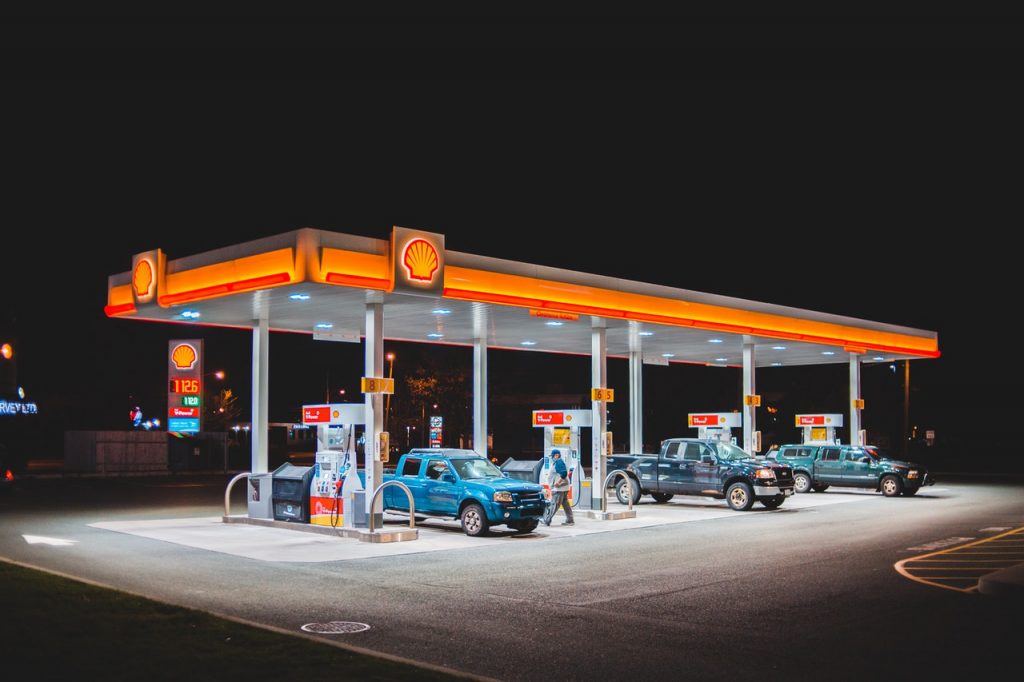 Perhaps you even went out and bought fuel as a result.

Let’s go back to September of this year.

Rumblings of fuel shortages had crept into the news agenda.

But his turns of phrases had the opposite effect.

Similarly, when speaking to the BBC, he said there “was no shortage of fuel”.

But the worst quote was given in an exclusive with a local paper:

“I would say there is absolutely no need to panic buy.”

Any guesses as to what happened next? 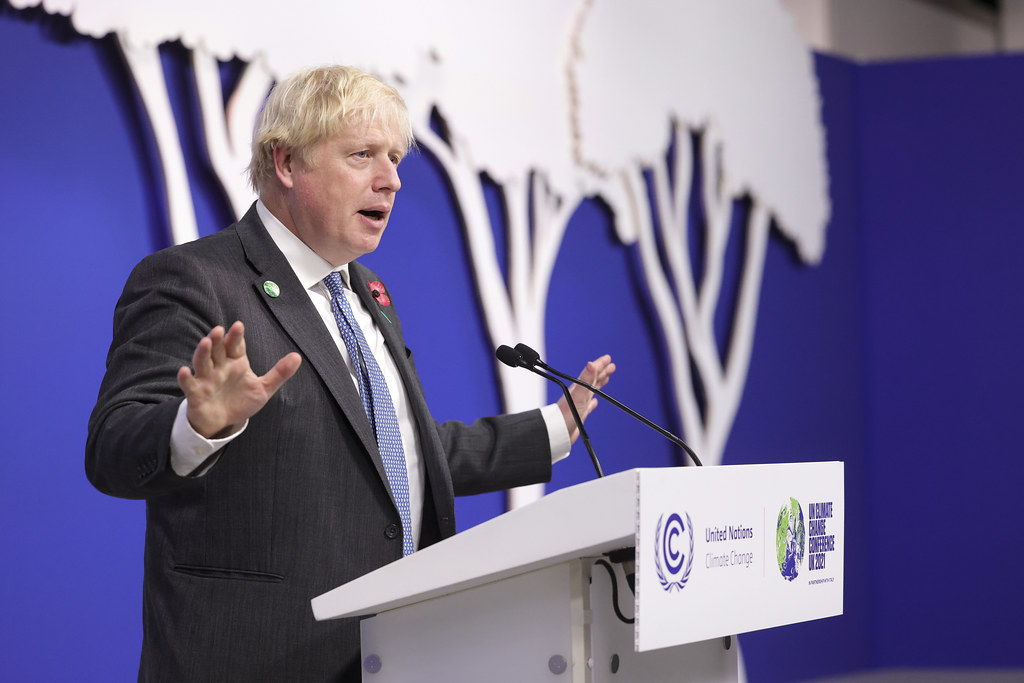 In reality, quotes from the British Prime Minister could’ve taken up half the slots on this year’s list.

There was this one on ‘not bunny-hugging‘.

This one on sandal-clad boiler police not kicking in your door.

And in December, denying breaking rules over Christmas parties.

But the PM’s quote on allegations of corruption in Britain takes the cake.

It came at the close of one of the biggest events of the year, COP26.

He wanted to set the record straight following dozens of stories about British politicians’ second jobs.

“I genuinely believe that the UK is not remotely a corrupt country.

“And nor do I believe that our institutions are corrupt.”

And the headlines wrote themselves.

With the words ‘UK’ and ‘corrupt’ in the very same sentence.

Negative language vs the power of positivity 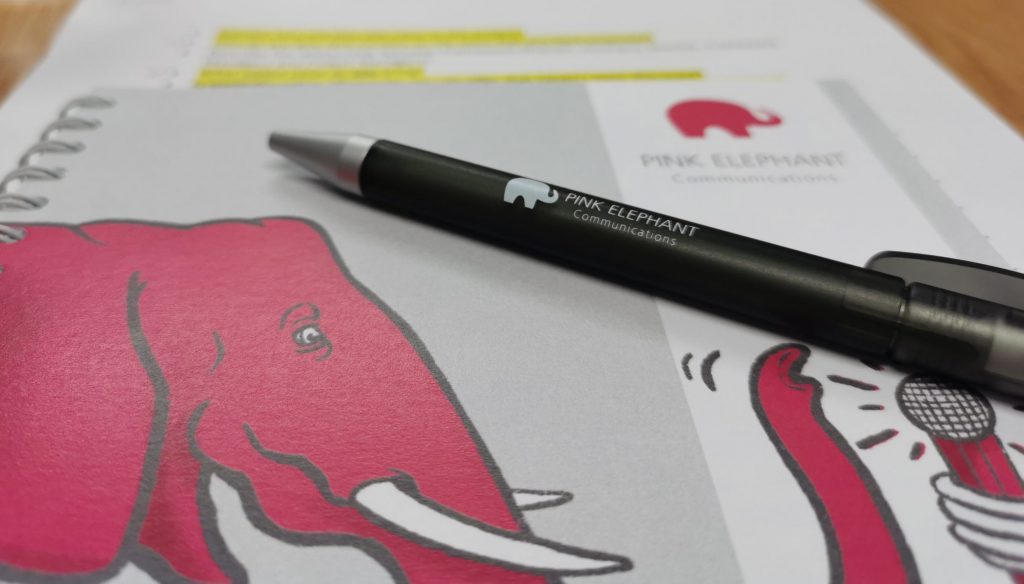 Let’s look at how different a handful of those quotes would’ve been if said positively.

“Britain is – and has always been – an honest country.”

“We will exit Afghanistan in a calm, well-organised manner.”

It’s so easy once you see the problem.

And realise how much better positive language is.

Particularly if, in certain parts of the world, you’re surrounded by unnecessarily negative language every day.

You can start small.

Begin changing the ‘don’t hesitate to contact me‘ in your emails to something more positive.

What do you want people to do instead?

And rather than using ‘I’m not too bad‘ as a reply, how about ‘I’m very well, thanks‘.

If you start catching these small pink elephants, you’ll be in the habit when it comes to more dangerous ones.

And if you’d like to sharpen you or your team’s communication skills in the new year, get in touch.

We’d be delighted to demonstrate the power of positivity.