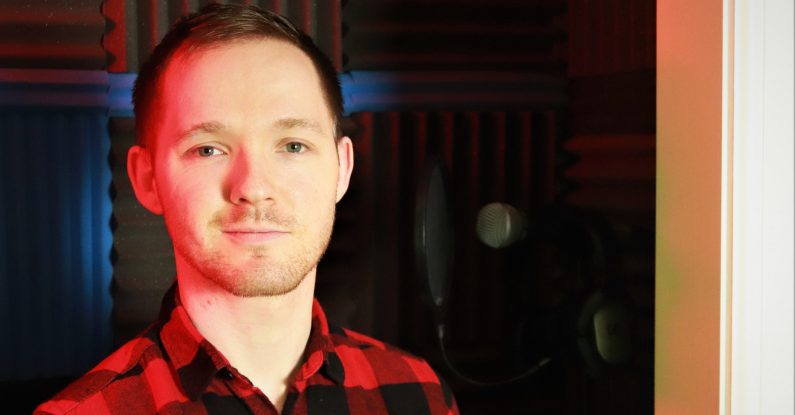 We’ve been running media training courses across the world for more than 30 years.

From Dundee to Dubai and from Edinburgh to Erding.

To keep our sessions relevant, it’s vital we throw ourselves into the deep end too.

That’s where my interview on BBC Radio Scotland last week comes in.

I was speaking live on Mornings with Kaye Adams about Elon Musk’s $1.5bn purchase of Bitcoin.

I’ve had a keen interest in the crypto industry for years now and put myself forward as an expert contributor.

The interview lasted around 12 minutes and we got through a dozen questions.

Like we recommend on our courses, I’ve listened back to my performance.

And I believe my key findings can help you in your next interview. 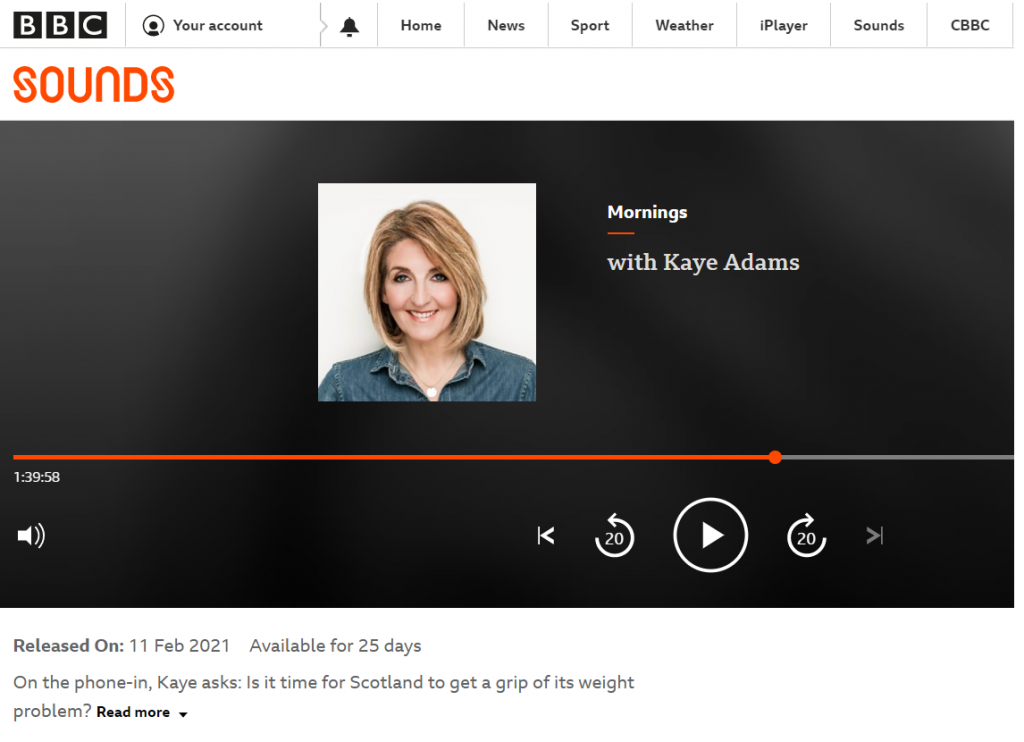 As I always do to help me improve, I’ve kept the full recording and listened back to it.

My favourite part of the interview was almost at the very end.

“Colin, can I say thank you?

“Because by jove I think I’ve almost got it!”

Because I’d achieved what I set out to do: convince an uncertain audience.

At the start, Kaye explained how confusing the subject was for her.

The audience, I imagine, largely felt the same way.

Therefore it was up to me to explain it clearly.

And I did so by using examples.

Dozens and dozens of examples.

Examples explained simply enough that an 11-year-old would understand them, like:

In each of these examples I’m steering clear of jargon.

Because I know that only by speaking in simple terms will my audience understand the topic more fully.

2. Be as enthusiastic as you possibly can 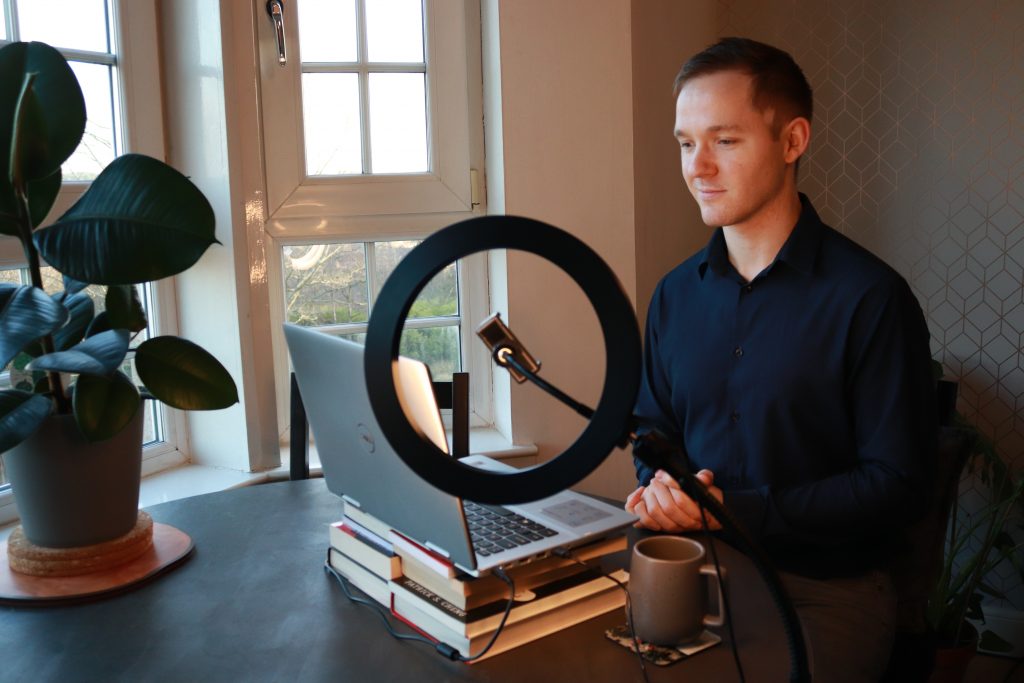 As the saying goes: you only get one shot to make a first impression.

And crypto currency is a tough nut to crack for an outsider.

So it’s up to me, in my opening remark, to set the tone.

“Joining me now is crypto currency analyst and investor Colin Stone, good morning to you Colin.”

I bounded into the interview:

I felt as if I were greeting the audience at a Christmas pantomime in Glasgow.

Full of energy and enthusiasm.

So I’ve got to give it everything.

And by the end of the 12-minute interview, I was considering going for a lie down.

3. Prepare several key messages – and tick them off

I spent the previous evening scrawling copious notes onto paper.

Then, I rewrote my key messages more clearly.

And, as you can see, wedged them into the corner of my studio/cupboard (more on that later).

You can donate to the RNLI with Bitcoin: check.

£140 billion worth of Bitcoin is currently lost: check.

I was only able to do this because I’d prepared them in advance.

Some additional pieces of information did come to mind mid-answers.

But my strongest responses were the ones I’d made earlier.

4. Keep the interviewer’s name out of it 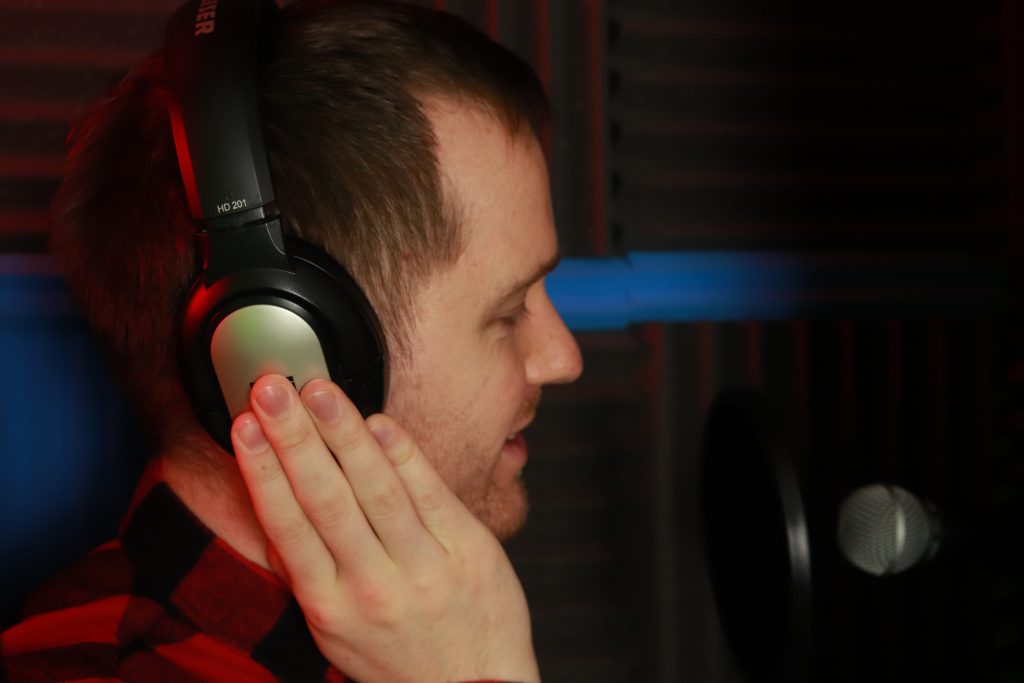 Analysing your interview or presentation afterwards is vital in refining your performances.

And listening back to this piece, I realise I’ve made a common error.

I mention Kaye by name in two of my answers.

This may seem harmless and, in the grand scheme of things, it is.

But it risks taking the audience out of the conversation.

It can feel like they’re an outsider to an exclusive chat between myself and Kaye.

The key is to keep the interviewer’s name out of your answers entirely.

Otherwise, I’m only speaking to those people listening who are also called Kaye.

In a tougher interview, using the interviewer’s name can come across to the audience as ‘cosying up’ to the journalist.

It’s something I’ll make sure to avoid next time.

5. Standing up can make a difference 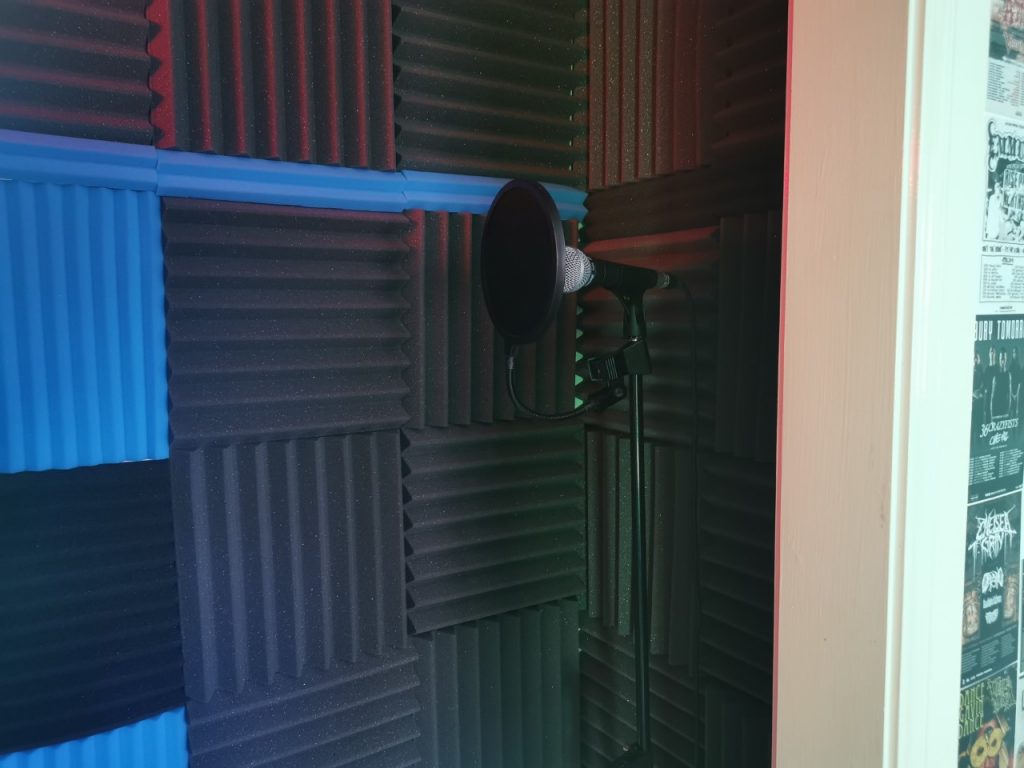 This was a new and surprising insight for me.

The vast majority of us are speaking on virtual calls sitting down.

I did this interview standing up.

And I felt I was being more enthusiastic than if I were seated.

The interview was on the radio, so only my voice was needed.

And during lockdown, I turned a sliding cupboard into a voiceover booth.

Giving my answers while standing up almost felt like I was in front of a real audience again.

And even it was subtle, I definitely noticed a difference in my delivery.

Give it a shot. 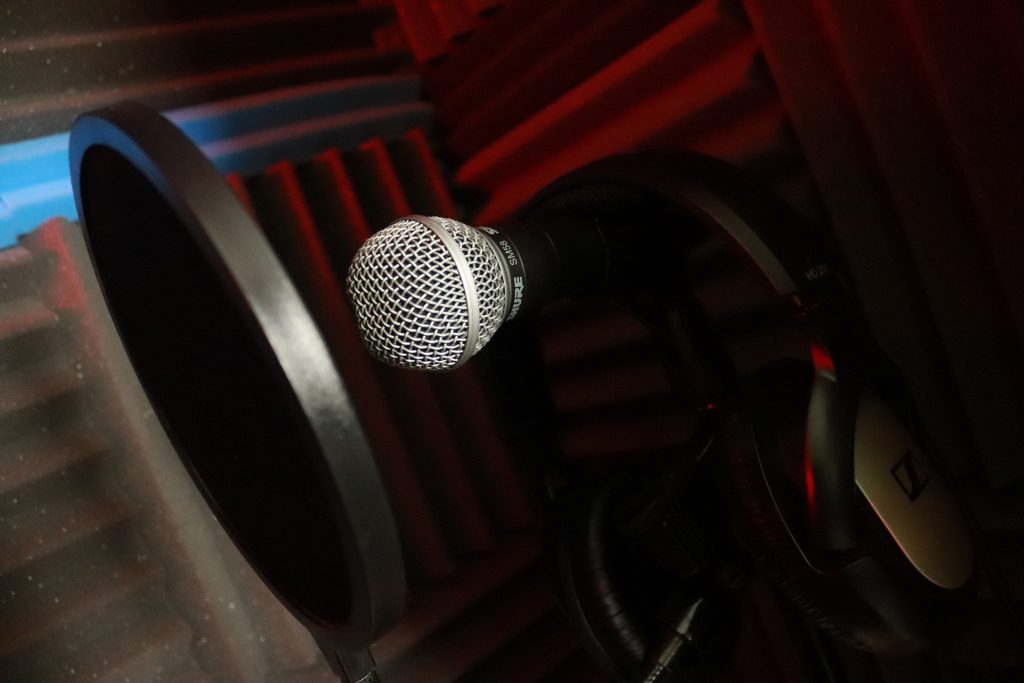 One of the key points I wanted to make was that investing in crypto is for everyone.

And I suspected the question was going to come up.

“Is it realistically an area that only really people with a lot of expertise – professional traders if you like – should be getting involved in, rather than lay people?

“It’s something which is straight-forward enough that people can get involved with as little as £20.”

In twenty words, I’ve knocked down the assertion and stated what I believe to be true instead.

And it started with one of the most friendly “not at all” responses I’ve ever given.

It’s all in the tone.

It lets the audience know I’m disagreeing firmly, but without treating the question (or questioner) with contempt. 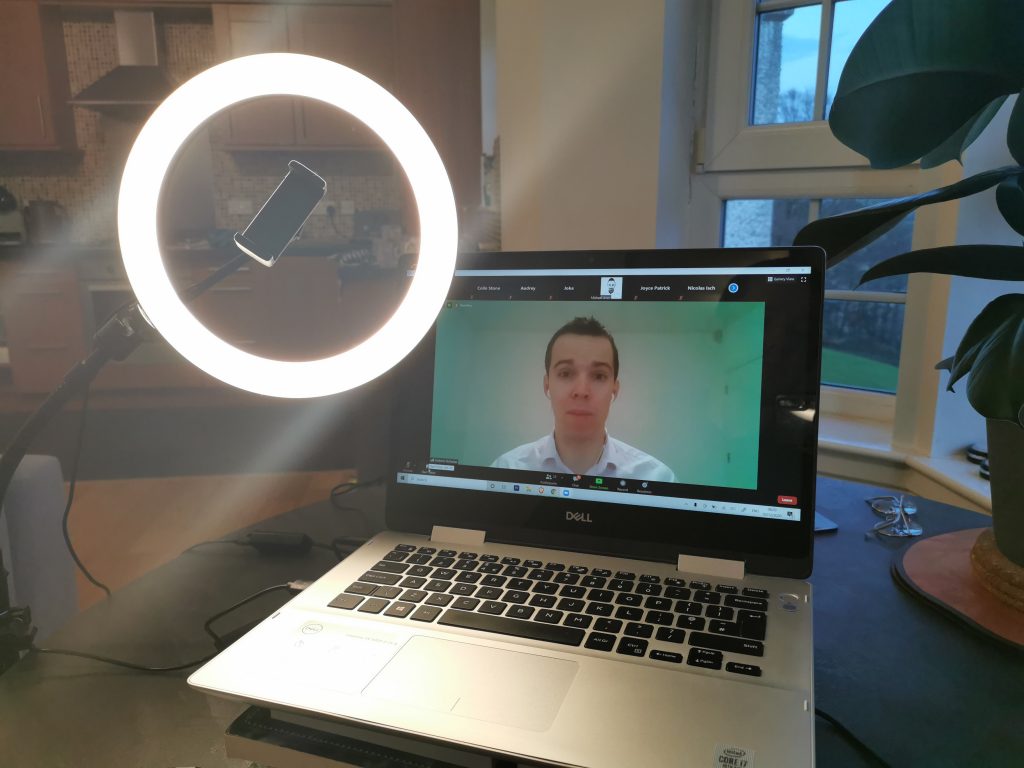 It was a fun interview.

Helped along by an engaging host and the key messages I’d prepared beforehand.

But some media interviews sit at the other end of the spectrum.

Hostile questions fired at you in quick succession from terrier-like journalists.

If that thought sends a cold sweat down your spine, it’s time to brush up on your skills.

We’ve been running media training in Scotland and across the world since 1989.

These days, it can be in person at our studios, at your offices or online.

Write to us at info@pinkelephantcomms.com to find out how we can grow your skills.

Or, if you’d like to learn at your own pace, you can buy our Working with the Media e-learning course right now.