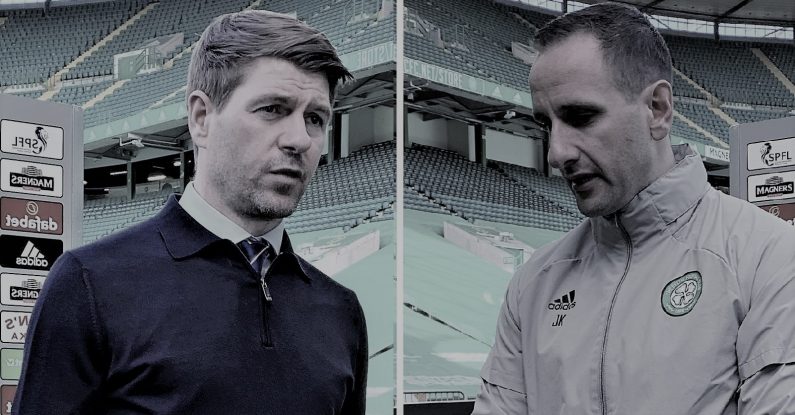 A good media interview will is always better than a great written statement.

Because it’s imperfect, and as a result, it’s infinitely more believable.

We’ve spent 32 years media training in Glasgow, Edinburgh and across the world.

We urge organisations to trust their key spokespeople.

And here’s why you should trust your team in media interviews, and always avoid statements designed by committee.

The match was anticipated for many more reasons than the football taking place.

For a start, the question of whether deposed champions Celtic would afford their bitter rivals a Guard of Honour (they politely declined).

Whether Celtic could end their derby opponents’ unbeaten league run.

And most of all, whether fans would stay away from the game after Rangers fans’ title celebrations a fortnight earlier.

As it happened, the deafening noise on and off the pitch was silenced by a moment of class from Celtic captain Scott Brown.

He approached Rangers midfielder Glen Kamara with an arm around the shoulder in the warm-up.

A show of support after allegations that Kamara had been racially abused in a game three days earlier.

And after some great media work by both clubs, both sets of fans heeded calls to stay away from the game.

I attribute a lot of that to the interviews given by both managers, and videos released by players, at the request of the Scottish Government in the last two weeks.

And both stand in contrast to the weak statements released in advance.

And this is the point.

If, as an organisation, you reply simply on statements and press releases, you’re failing to realise your team’s potential.

So let’s contrast the media interviews with the written statements from both clubs.

The problem with written statements 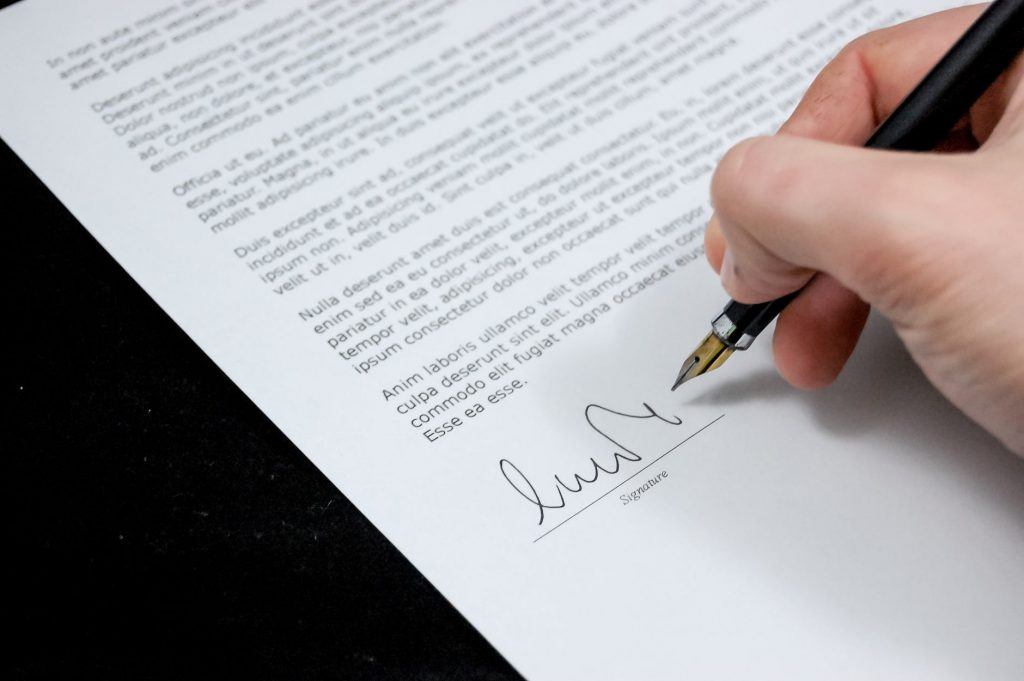 Both clubs released statements in advance of the game confirming they’d been in talks with the authorities regarding safety.

As with most written statements, I expect they went through a drafting, redrafting, editing, legalling and sanitising filter.

As a result, you have statements designed by committee.

Statements that say little, if anything at all.

Get to the point 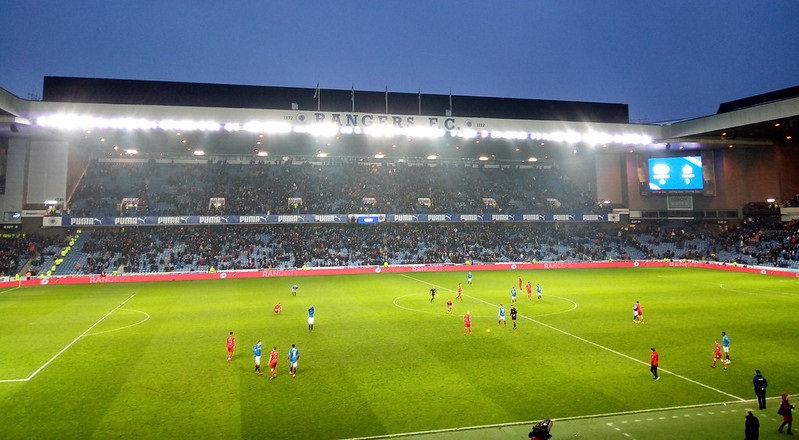 The whole point of the meeting between both clubs and the authorities was to urge fans to stay at home.

Yet it took Rangers 66 words to mention “stay at home”.

Your statement is the first opportunity to ask fans to stay at home, so write that in the first line:

“Rangers/Celtic are asking fans to stay at home to watch Sunday’s game.”

When we write statements, we feel the need to give context and background.

And when they’re written by committee, even more context and background enters the statement.

Context such as Celtic’s:

“The Scottish Government has already made clear to Celtic that it does not in any way associate the scenes last weekend with Celtic or our supporters.”

“Rangers would like to reiterate manager Steven Gerrard’s comments from last weekend.”

Both statements attempt to distance the clubs from the scenes at George Square, a distancing both clubs will feel entitled to.

The George Square riots had zero to do with Celtic.

Gerrard will feel he said as much as he could to keep supporters away.

But these statements should look forward.

They should advise action, free of justification of the past.

And given the average person’s attention span of seven seconds for reading material, they’ve likely stopped reading by the time you’ve finished the first sentence.

So at worst, the audience misses the “stay at home” message entirely.

At best, the message is weakened. 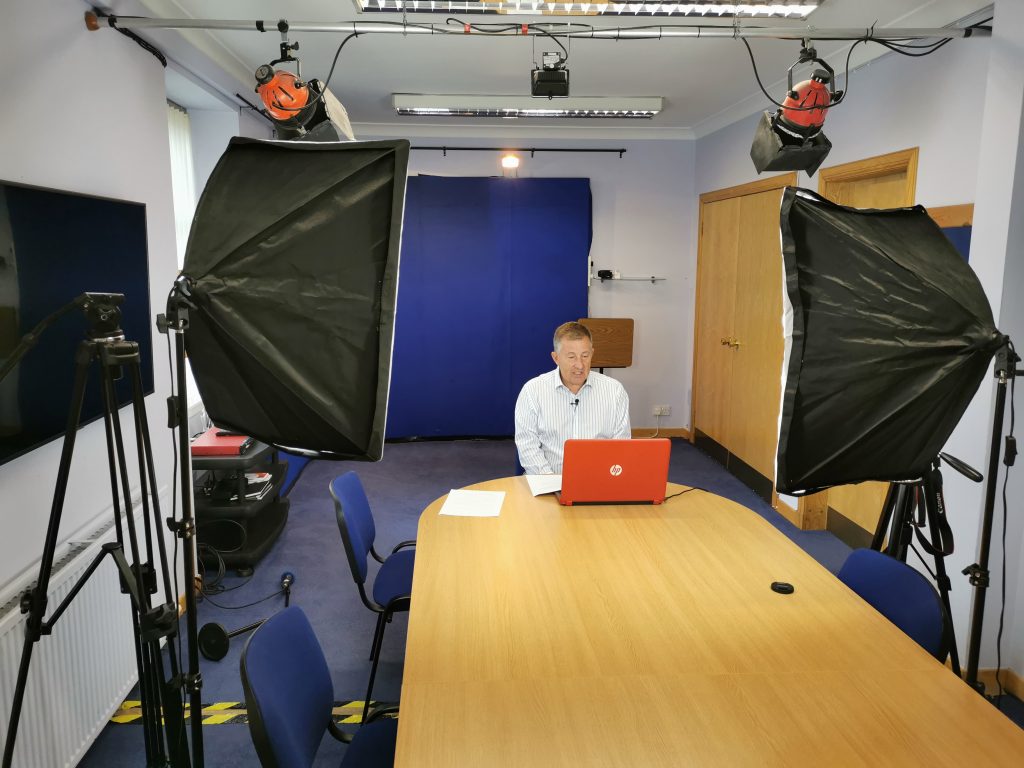 I’m always fascinated by the use of flowery language in written statements.

Rangers wrote that they were “cognisant of the ongoing fight against Covid-19”.

It’s funny, I’ve had a lot of conversations about Covid-19 in the last year.

You will have too.

I’m struggling to think of any times someone told me they were “cognisant of the fight against Covid”.

In fact I’m struggling to think of any time anyone has used the word ‘cognisant’ in a sentence during a conversation with me in 33 years of life.

The same goes for Rangers‘ promise to “liaise with all agencies” and “provide further updates in due course”.

In my opinion, that’s just fluff.

It’s this idea that we should say something with little detail to keep our options open.

Something to pad the statement out.

Similarly, Celtic‘s statement discussed how its supporters were “mindful of the risks associated with public gatherings at this important time”.

Let’s call it what it is: illegal.

Written statements should be direct and understandable first time. 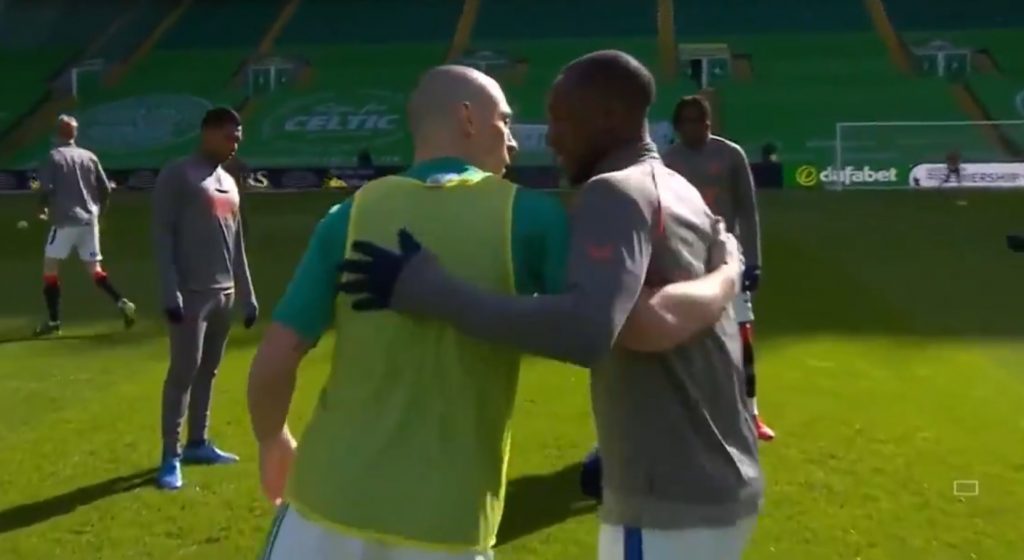 Let’s go back to Scott Brown.

Monday’s back pages were dominated by a single image: a Celtic captain comforting a Rangers player reportedly a victim of racism.

It was a clear message: tolerance transcends rivalry.

In the same vein, a joint statement would have had more weight, and could focus on the key area: public health is more important than rivalry.

But that would require the setting aside of petty squabbles.

So what should the clubs have done?

In my view, the clubs should have held a joint press conference with managers Steven Gerrard and John Kennedy and both club captains.

That would cut through the noise, to show there are more important things than football rivalries right now.

They would have talked directly and plainly.

Free of ‘cognisants’, and to the point.

Then follow that up with the great work both clubs did in urging fans to stay at home.

Why we should embrace media interviews 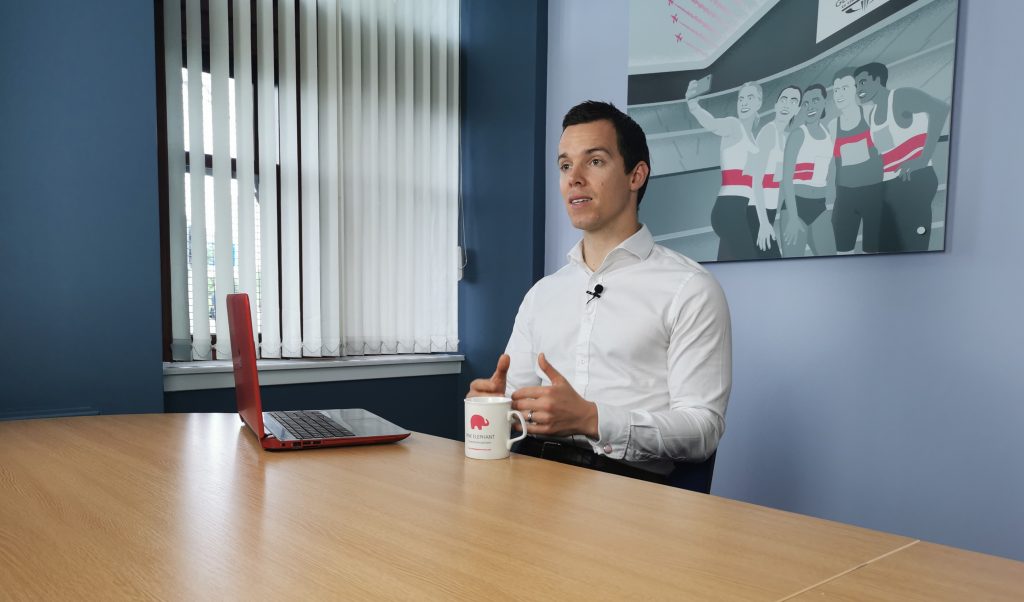 From a reputational point of view, there’s an understandable fear of putting your team up for interview.

The communications department loses control of the message.

It’s a higher-risk strategy, too.

What happens if the interviewee speaks out of turn, or criticises someone by mistake?

But there’s reputational damage in statement after statement, too.

So the next time you’re needing to make a point loud and clear, invite the media in.

And speak with confidence, imperfectly, to cut through the noise.

If you want to learn how to deal with the press in your own time and at your own pace, you can.

Buy our e-learning Working with the Media video course today.