Team GB have come a long way since the low of Atlanta in 1996.

When one gold medal earned 36th position in the table.

Our 22 golds among 65 medals in Japan booked 4th place.

But our competitors deserve an extra gold medal for the joy they brought to interviews.

Raw emotion mixed with gratitude and honesty brought tears to my eyes time after time.

And there are lessons we can all learn from how they handled themselves.

As well as what they said.

Lesson One: Embrace the media opportunity 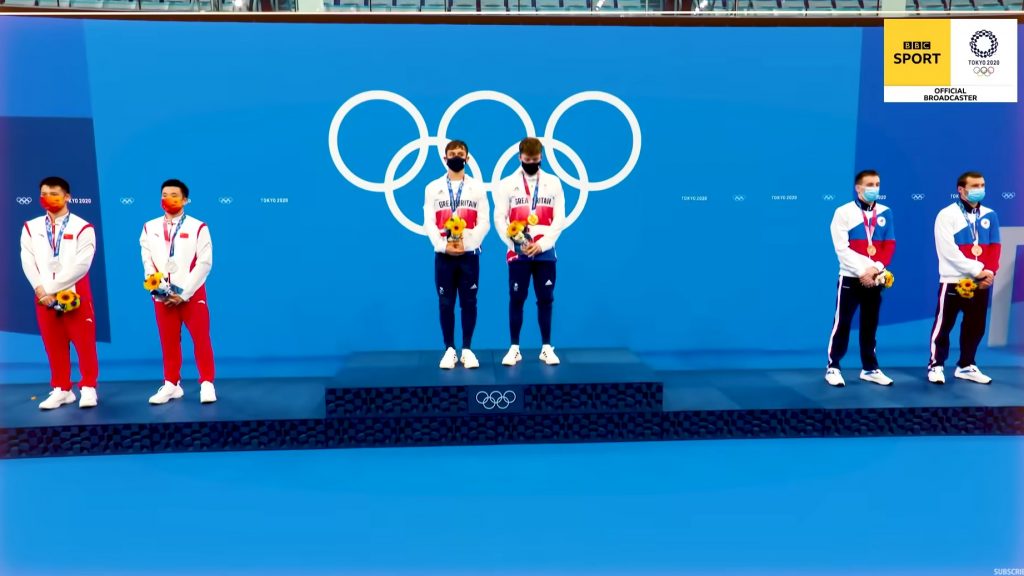 You can shun the media.

Or you can embrace it.

On our media training courses in Glasgow.

Our media training courses in Edinburgh.

And our media training courses across the world.

We ask clients to embrace the media even when things go wrong.

Because that’s how to take control in getting your message across.

Days after returning from Tokyo, competitors were occupying TV studios.

Telling their tales of success and glory.

Just as they’d done on the trackside throughout the Games.

Because the interviews are crucial in understanding the journey. 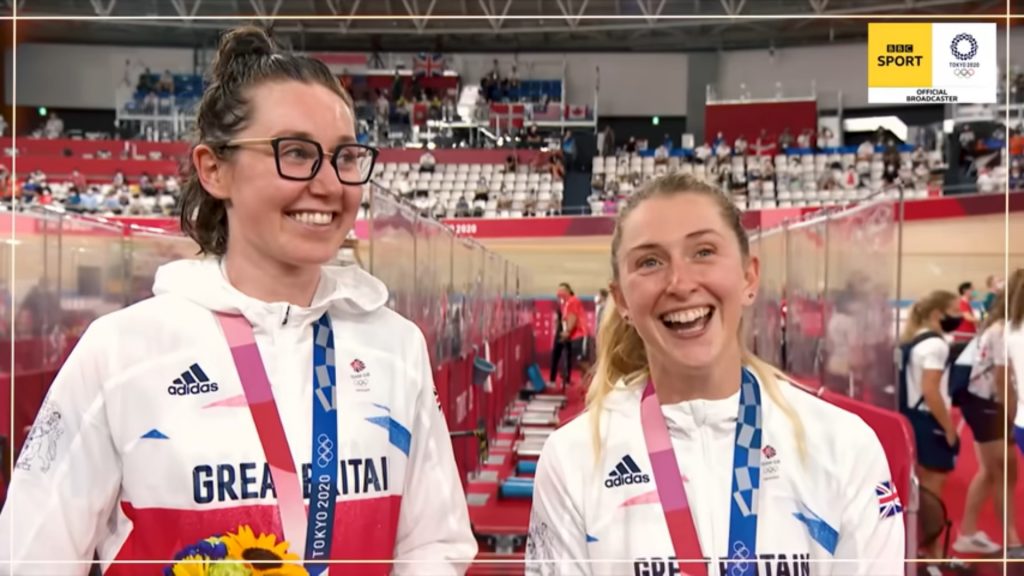 We can all glory in a perfect dive.

Or a nail-biting finish in the pool.

But only the athlete can tell the story of how they got there.

English swimmer Adam Peaty scraping the snow off his car in the middle of the night to get to training.

Welsh boxer Lauren Price driving taxis after turning her back on a football career to pursue gold in the ring.

TV coverage of events is exciting, but is two-dimensional.

When your hear the backstory of the struggles and sacrifices, it becomes 3D in glorious technicolour.

When training Commonwealth Games athletes for the Glasgow Games in 2014, I urged them to drop the jargon that surrounds their sport.

And speak in pictures instead.

Team GB did that superbly.

Katie was quite shy when we did our media training session.

These days, she opens up and shares her success with the world.

Lesson Three:  Be both vulnerable and courageous 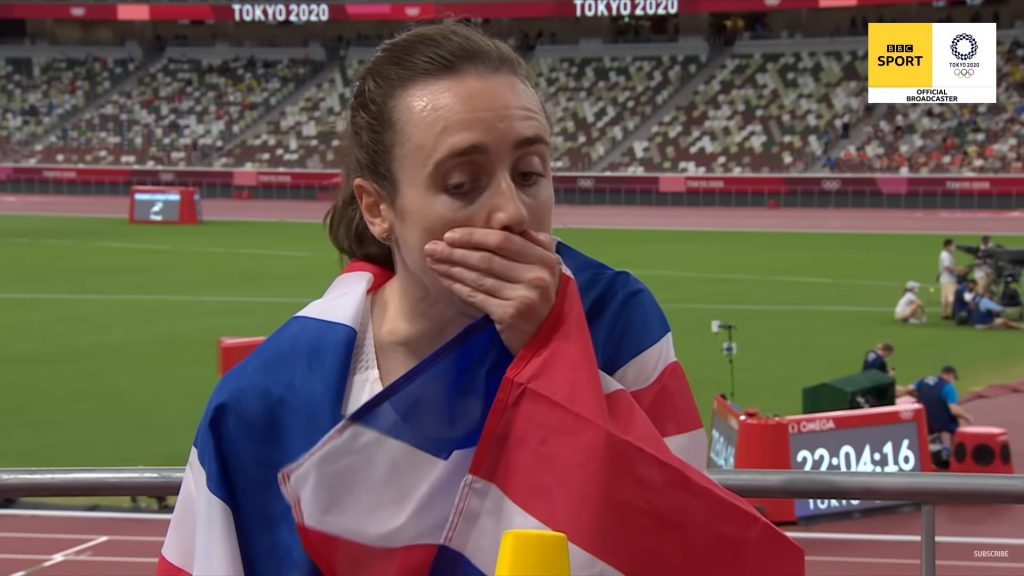 But by her own admission, missed out too often on the world stage.

Minutes after crossing the line in tears of joy, she said:

“I’ve worked so hard for so long.

“I don’t think I’ve ever been so scared in my life that someone was going to come past me and drop to fourth.”

“Today I felt like a world-beater and I just had to go out and perform.

“I have this weird confidence in myself, some might call it cockiness.”

It’s genuine self-belief based on hard work, skill and determination.

The more our athletes succeed, the more they believe.

And the more they inspire the next generation 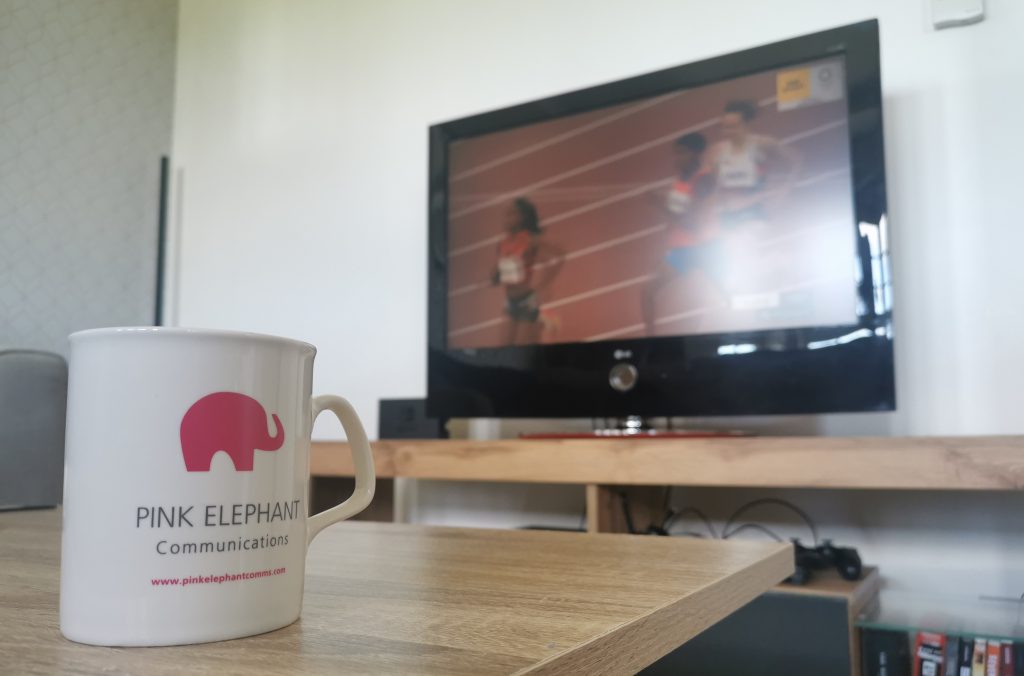 It’s the same in business.

We need to be courageous enough to predict success and back it up with hard work, skill and determination.

We need to show our vulnerability so others understand what it takes to get to the top.

And we need to tell our story because it’s uniquely ours.

Bland words in proposals can be owned by any company.

Only we own our own story of success and we need to tell it.

And remember, we need to treat the media as an opportunity, rather than a threat.

It’s a megaphone and a microscope that will take what we’re saying and doing across the world.

Let’s leave the last word to Adam Peaty, the first Briton ever to defend successfully an Olympic gold medal in the pool.

“That’s why winning Olympic Gold again and again is so difficult.

“I want to be better than yesterday. Become a better athlete, a better person, a better dad.

“That’s where the growth is.”

Can you imagine the effect on clients, colleagues and family if we take the opportunity of saying such things for all to hear?

As Adam says: that’s where the growth is.

If you want you or your team to grow in confidence with the media, email us today.

We run our media training courses all over the world.

And now, you can learn in your own time with our e-learning video course on dealing with the media.