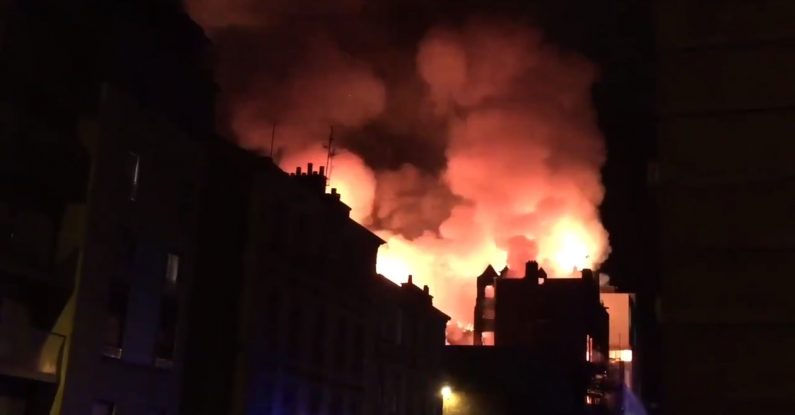 I remember swearing loudly when I first saw the plume of black smoke rising above the Glasgow skyline.

I was still two miles away from the blaze and I knew it was bad.

This was the fire at the iconic Glasgow School of Art in June 2018.

Flames had taken hold of the A-listed building late on a Friday night, thankfully while it was empty.

A colleague messaged me to ask if I’d seen the smoke coming from the city centre.

And I sprung into action.

Something those in charge at the school itself needed to do with the media in the days that followed. 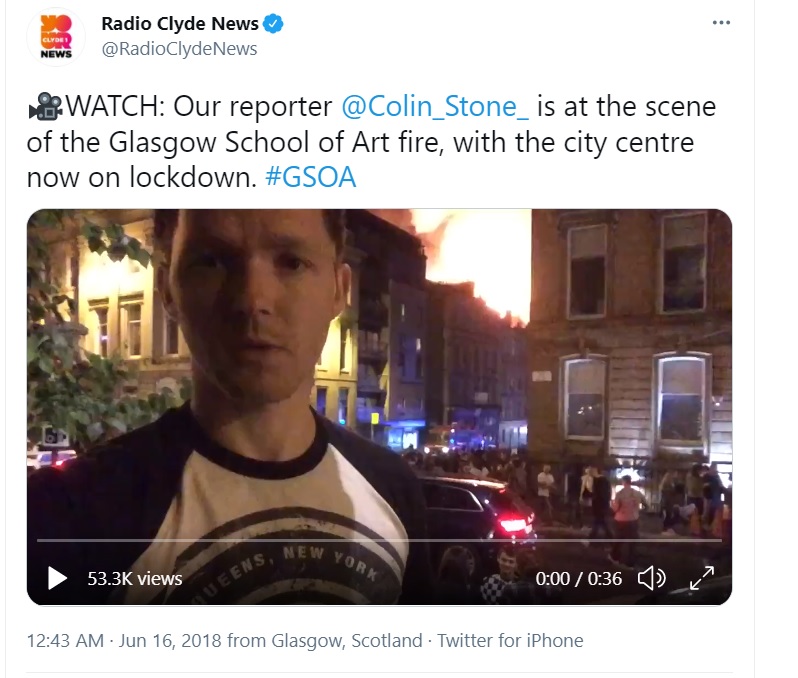 Over the next nine hours, I posted countless videos and pictures on Radio Clyde’s Twitter.

As well as a live report for BBC Breakfast at 6am.

But what struck me in the aftermath was that we needed a quick media response from those in charge at the art school.

Dealing with the immediate impact on their business undoubtedly played a part.

And it’s impossible to tell without hearing from the school directly exactly what was at play in those critical early hours.

But the press coverage over the following days demonstrated why it’s vital to speak out at the earliest opportunity.

In the absence of any art school interviewees, experts speculated on the cost of any future rebuild.

On the Monday, our lead stories at Clyde were based on the city centre businesses who’d been unable to access their premises.

And it was only on the Tuesday – more than 72 hours after the blaze – that we got our first on-camera interview.

By which point the story was far less important as the news cycle had moved on.

So what should you do in dealing with the media during a crisis? 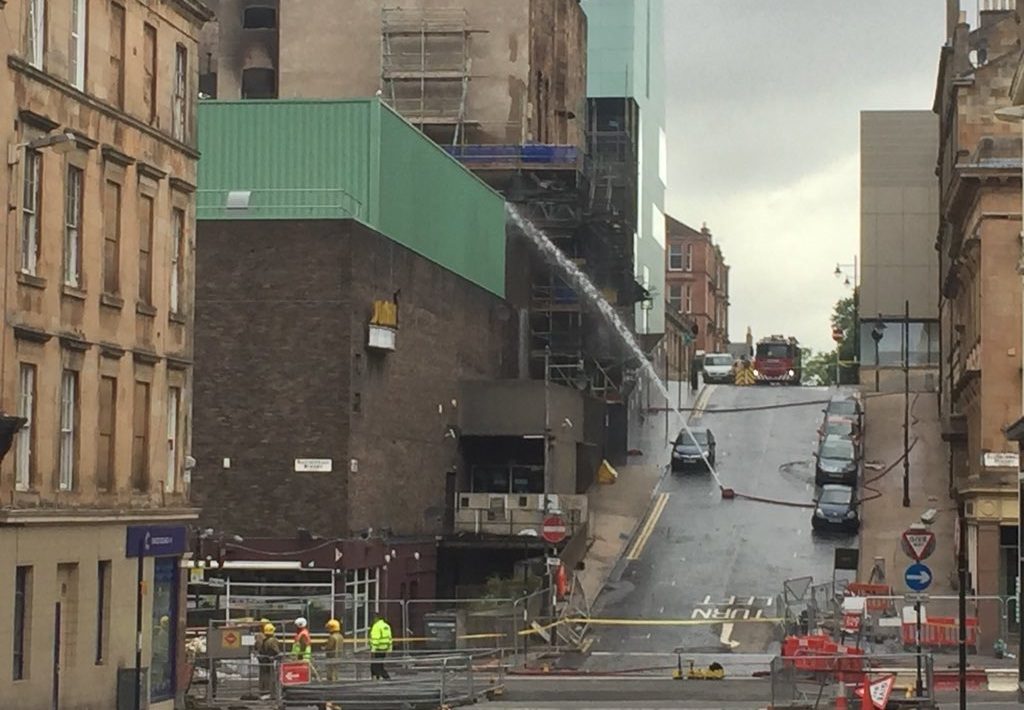 In the first few hours of the blaze, I knew about as much as any other bystander watching the flames that night.

The Glasgow School of Art was on fire.

It started around midnight.

It was the second time it had happened in four years.

Streets were closed, there were a dozen fire appliances and a lot of police officers.

And that was about it.

Those in the know would have been able to provide much more information about the situation.

And from there, be able to share it with journalists reporting on the story to clarify any misinformation.

While also deciding what they could make public and what they would keep private. 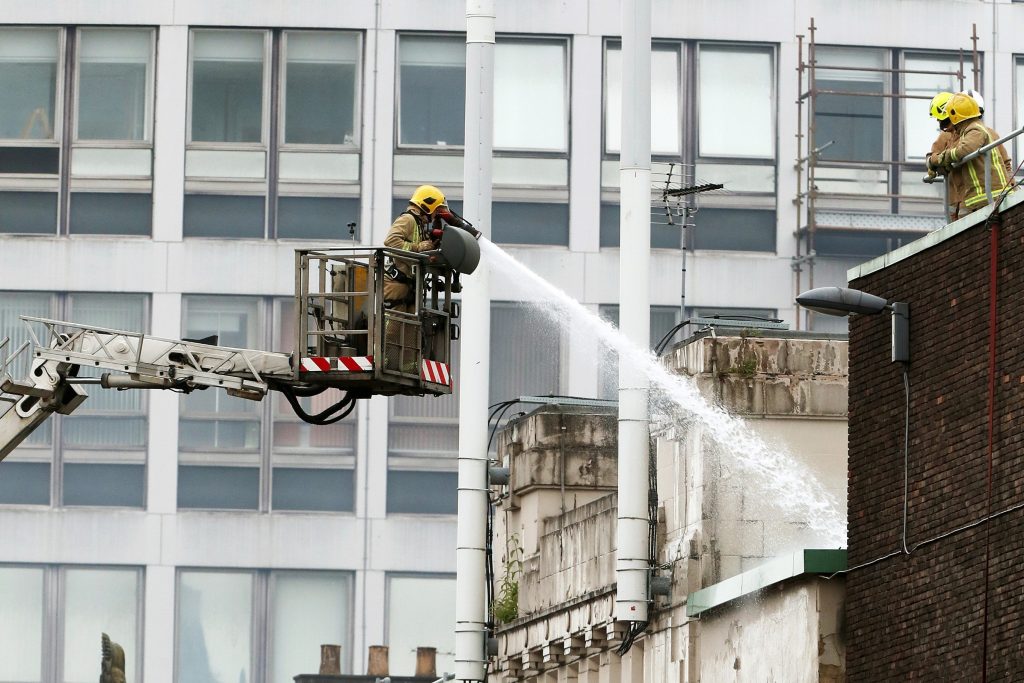 As the embers were dying down, unanswered questions needed addressing.

These included disruption to the art students, the ongoing investigation, and an estimated cost of repair.

Even if the answer to most of these was ‘It’s too early to say’, it needed to be said.

And it needed to be done in-person and on-camera, rather than through holding statements.

Which are regularly paraphrased and relegated to the end of a news story.

Media outlets had papers to sell and news programmes to fill that weekend.

And in the absence of an Art School representative, they found industry experts to share their views.

And within 36 hours, pure speculation on future repair costs had become the main headline. 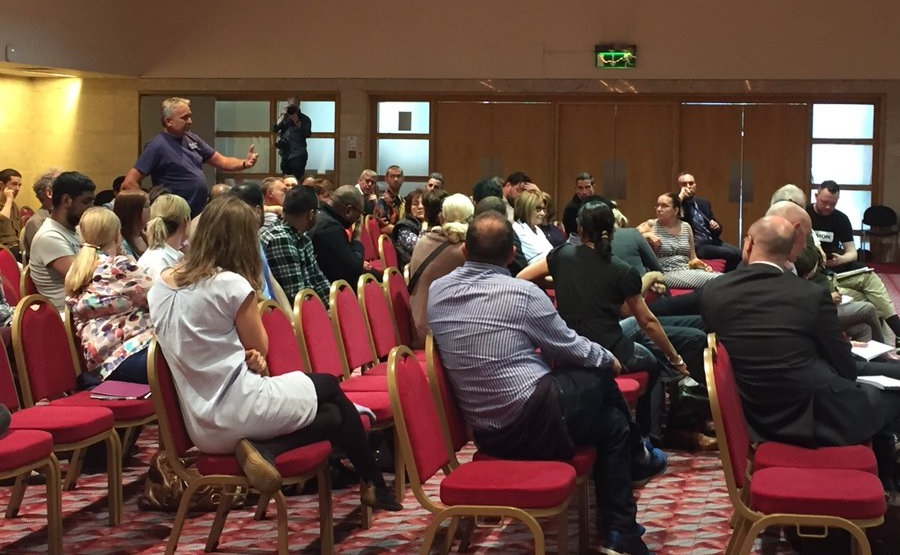 I’m unable to speak on how students of the art school found the communication.

But I know how unhappy local businesses were.

And as mentioned, in the immediate aftermath of the blaze, the story moved on quickly.

All down to a lack of regular communication.

Which, even if the immediate crisis has ended, must continue with all those involved.

Beyond just the media. 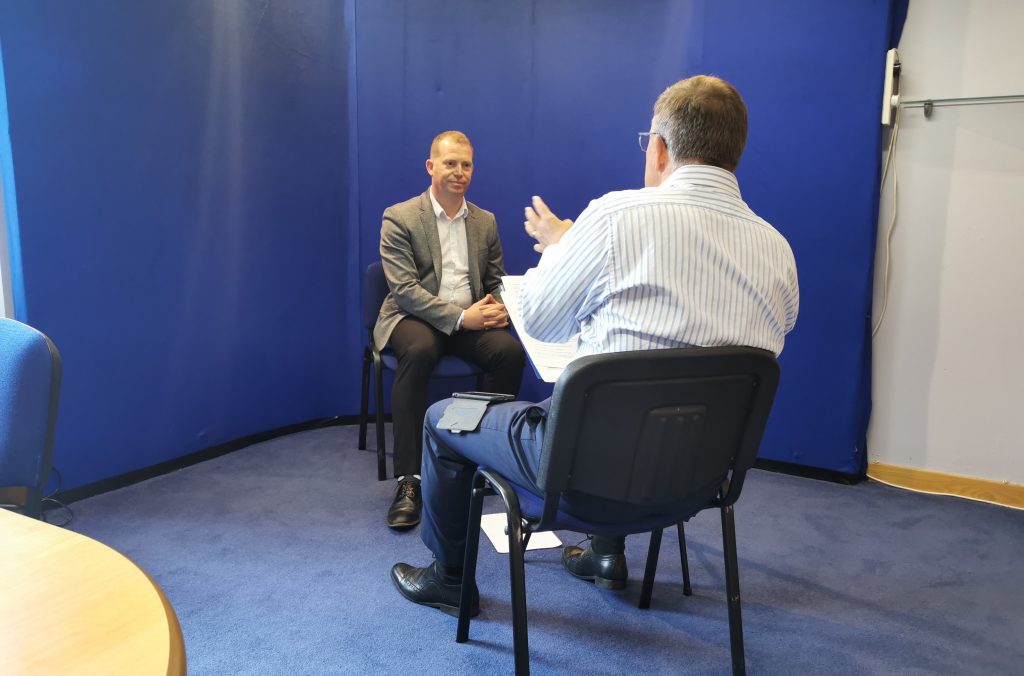 We run dozens of crisis media training sessions every year.

Simulating everything from massive data breaches to explosions on site.

We test how your team handles the pressure of a developing scenario.

As well as how you speak to the media.

And what you tell them.

If it’s time to put your team’s ability to the test, write to us today.

So that, if the worst does happen, you know how to handle it.

Colin Stone is Communications Lead at Pink Elephant.
You can read more about him here.